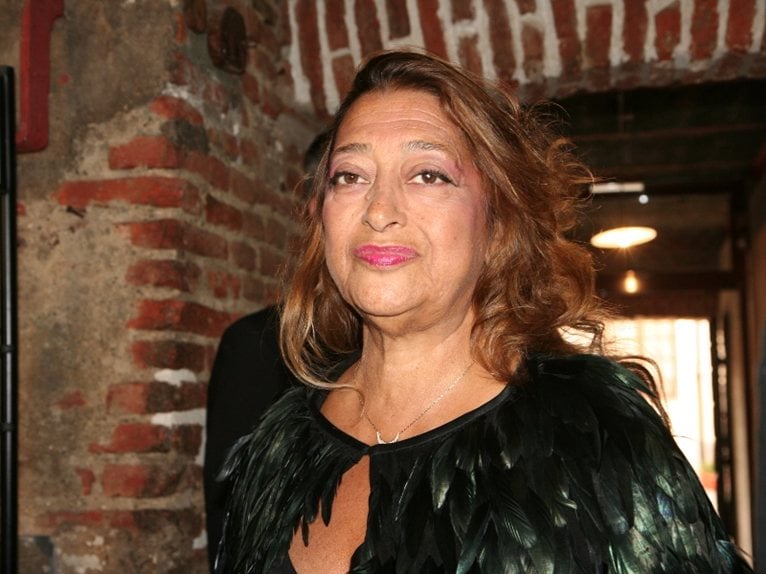 DameZaha Hadid has won the Veuve Clicquot Business Woman of the Year Award. The Award’s 20-strong judging panel comprising business leaders, including Anya Hindmarch winner in 2012, Jasmine Whitbread, CEO Save the Children, Duncan Bannatyne, Entrepreneur and BBC Dragon, Caroline Michel, CEO, Peters, Frasers and Dunlop as well as Sian Westerman, MD, Rothschild and other key industry experts said of her that: “she displays the same passion and determination that Madame Clicquot possessed over 200 years ago”

The three finalists selected from the nominees for this year's award were Thea Green, Founder of beauty company Nails Inc, Zaha Hadid architect and designer and founder of Zaha Hadid Architects and Dorothy Thompson, CEO of Drax power station. It is awarded each year to a UK female business leader who is a driving force behind the company's success thanks to their business acumen and audacity, but who is also committed to responsible and sustainable business practices and is capable of motivating others and building work relationships. 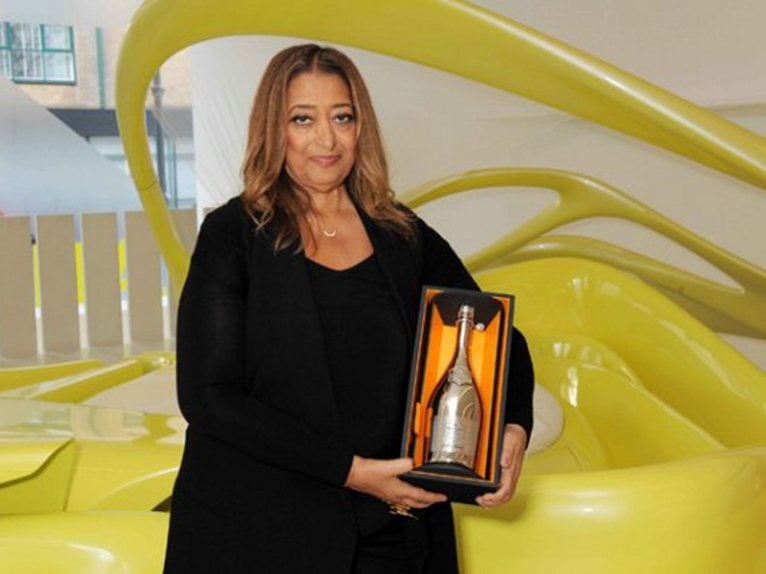 The award was created in 1972 as a tribute to Madame Clicquot who married in François Clicquot, the owner of a Champagne business in 1798, but was widowed at 27, taking control of the business and becoming one of the first women to lead a company of men. She always demanded, like this year's finalists “only one quality, the finest.”

Dame Zaha Hadid has grown accustomed to reveiving awards after becoming one of the most influential architects in the world. In 2004 she became the first female recipient of the Pritzker Architecture Prize, the most prestigious prize in architecture. She also won the Stirling Prize for two years running for her work in Rome and London. She was awarded a CBE in 2002, and DBE in the 2012 Birthday Honours for services to architecture.

With her firm, Zaha Hadid Architects, she has designed many of the most renowned buildings around the globe such as the MAXXI Museum in Rome and the Guangzhou Opera House in China. In the UK she designed the London 2012 Aquatics Center for the 2012 Olympics and the Evelyn Grace Academy in Brixton, the Riverside Museum in Glasgow and the Dundee Maggie's Centre in Kirkcaldy.

On receiving her award Dame Zaha Hadid said:“It's hard to believe, but it's still difficult for women to break the business barrier. Through perseverance and hard work, I've been able to do so, but it's been a long struggle. When I started my career in architecture it was very much a male dominated industry, but in recent years I've seen a growing number of talented female architects join the profession and succeed. This Veuve Clicquot Business Woman Award shines a light on our achievements; and I hope it encourages more women to continue with the profession.”