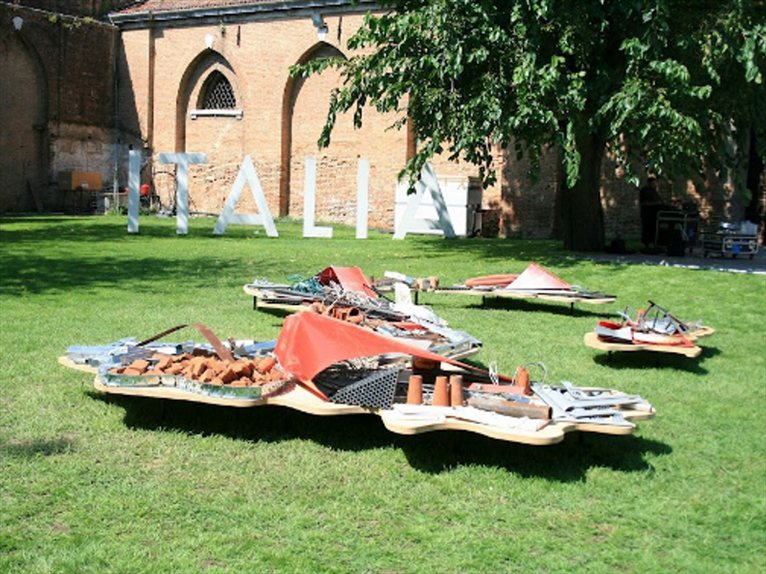 Luca Zevi's Italian Pavilion at the 13th International Architecture Exhibition of the Venice Biennale, in the exhibition spaces of the Arsenale, is developed through a story that combines culture and economy and, therefore, in a process that aims at creating a new pact between architecture and entrepreneurship to foster growth and innovation.

Zevi's curatorial project, called the “four seasons”, illustrates the research process expressed by Italian architecture from August 29 until November 25, building on the experience of Adriano Olivetti: with the eyes of future nostalgia the vision of the master of the late twentieth century is taken as a model for holding together architecture, economy and territory.

The exhibition path of the Pavilion is organized into a promenade of quality projects, which involves in particular the 2nd and 3rd season. The list of projects includes buildings constructed in the last fifteen years, focussing on the places, on people's lives and on the environment, and has been designed in five sections according to their intended use.

The Section Architecture in the agricultural landscape includes work related to food production with a strong link between architecture and rural areas, such as Cantina Tramin by Werner Tscholl, Carapace Winery by Arnaldo Pomodoro or Cantina Colterenzio by Bergmeisterwolf Architekten.

The fourth and final season, that of reMade in Italy, addresses the guidelines of the Green Economy in view of Expo 2015, which will bring the issues of feeding the world, the sustainable community and work aimed in this direction to the general attention.

The Giardino delle Vergini hosts Italia Riciclata (Recycled Italy), the work of Michelangelo Pistoletto, which aims at becoming a metaphor of a physical place that is the centre of the meetings and the energies of the designers.