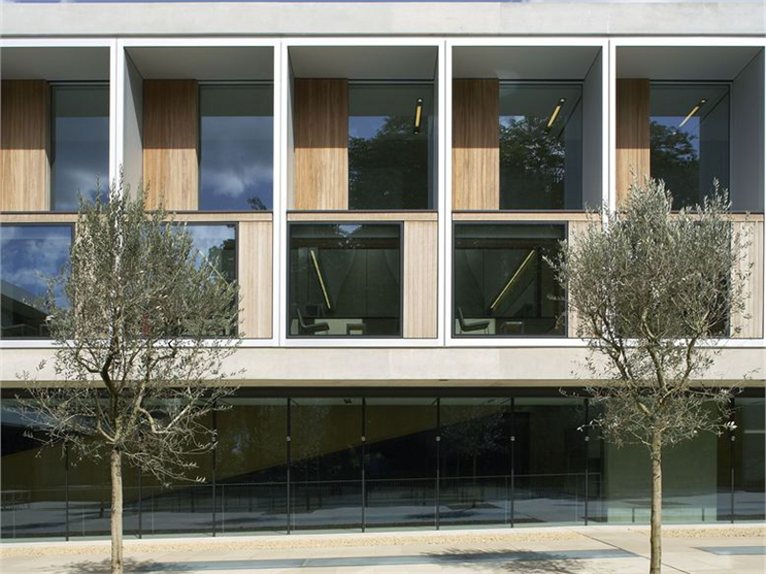 London architects Stanton Williams have somewhat surprisingly held off the challenges from the critics' favourite nominees like London 2012 Olympic Stadium and the bookmakers favourite David Chipperfield's Hepworth Gallery to win this year's Stirling prize with their Sainsbury Laboratory in Cambridge.

This two-storey laboratory is located on the edge of the University of Cambridge's botanic gardens, providing state-of-the-art facilities for the 120 botanists working there on plant development. Apart from the laboratories, the building comprises support areas and meeting spaces, together with the University’s Herbarium, a new public café and a seminar room.The herbarium still houses samples that Charles Darwin brought back from his voyage on the Beagle in 1836. It was was first established by Darwin's professor and friend, John Henslow. The building is characterised by a sequence of spaces and how they are conceived in terms of their relationship with the surrounding Garden. The laboratory’s different functions are connected by a continuous route which recalls the ‘thinking path’ described by Charles Darwin. In this building the ‘thinking path’ is reinterpreted in the tradition of the monastic cloister or collegiate court as a space for reflection, debate and interaction that also enjoys good views of the Garden itself. The solidity of the building, implied by the strata-like conception, with alternate layers of stone and concrete, is however, balanced by a concern for permeability that is manifested in the extensive glazing on the ground and first floors.

The Stirling trophy is awarded each year to the new European building deemed to have “made the greatest contribution to British architecture” after a panel of judges appointed by the Royal Institute of British Architects (RIBA), have visited each shortlisted contender.

Despite the controversy stirred up after two judges were reported to have described British architecture as being in a “dreadful” state, all the shortlisted buildings in this year's contest were built in the British Isles: Populous' London 2012 Olympic stadium, O'Donnell + Tuomey's Lyric Theatre in Belfast, Office for Metropolitan Architecture (O.M.A.)'s Maggie’s Gartnavel - a cancer centre in Glasgow, as well as the same office's New Court - a City bank office and David Chipperfield's already mentioned Hepworth Gallery in Wakefield, Yorkshire.