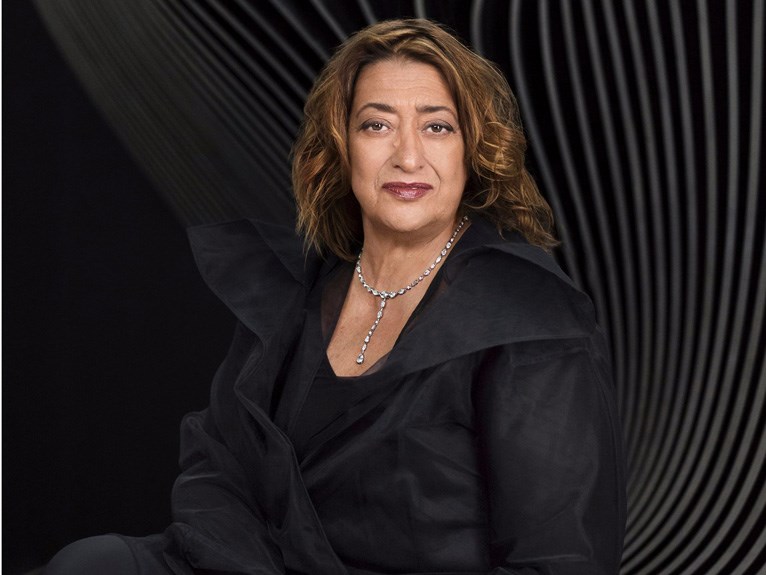 The Archilovers family is deeply saddened by the passing of Dame Zaha Hadid. She was truly a pioneer in the field of architecture.

The greatest female architect in the world today, she was interested in the interface between architecture, landscape, and geology; which her practice integrates with the use of innovative technologies often resulting in unexpected and dynamic architectural forms.

Since her first works, she has been recognized for her unconventional and audacious language, able to triumph in a traditionally male-dominated field.

In 2004, Zaha Hadid became the first woman to be awarded the Pritzker Architecture Prize. She twice won the UK’s most prestigious architecture award, the RIBA Stirling Prize: in 2010 for the MAXXI Museum in Rome, a building for the staging of 21st century art, the distillation of years of experimentation, a mature piece of architecture conveying a calmness that belies the complexities of its form and organisation; and the Evelyn Grace Academy, a unique design, expertly inserted into an extremely tight site, that shows the students, staff and local residents they are valued and celebrates the school’s specialism throughout its fabric, with views of student participation at every turn.

Her projects are spread around the world. Baku, in Azerbaigian, hosts the Heydar Aliyev Center; the The Galaxy SOHO in Beijing has become one of the major tourist sites; in Seoul, South Korea, the Dongdaemun Design Plaza is a propulsory for the architecture and design culture of the city; inaugurated in Moscow in 2015, the Dominion Office Building is one of the first projects to be completed in a mainly industrial and residential area of the city.
For her adoptive city, she created the London 2012 Aquatics Center, an imposing sports complex constructed for the occasion of the 2012 Olympics; in Montpellier, France, her work's name is Pierresvives.

Tom Pritzker, Chairman of the Hyatt Foundation which sponsors the prize, said: Zaha represented the highest aspirations of the Pritzker Architecture Prize. She combined her vision and intellect with a force of personality that left no room for complacency. She made a real difference.

We share the significant words from Norman Foster’s touching Tribute to Dame Zaha:

I am devastated by the news of the loss of Zaha Hadid and cannot comprehend the enormity of her passing away. I became very close to her as a friend and colleague in parallel with my deep respect for her as an architect of immense stature and global significance.

She was one of the very few architects as friends who was invited to my 80th Birthday Party in London last year. By a strange coincidence some days ago I received an email from one of her clients – someone she had designed a home for. With great pride he sent me about twenty pairs of images. Each pair showed the visualisation that Zaha presented and the reality as finally built. It was a beautiful juxtaposition of what Zaha promised and what she delivered. I was so looking forward to sharing with her these intimate insights. Tragically that will never happen.

I think it was Zaha’s triumph to go beyond the beautiful graphic visions of her sculptural approach to architecture into reality that so upset some of her critics. She was an individual of great courage, conviction and tenacity. It is rare to find these qualities tied to a free creative spirit. That is why her loss is so profound and her example so inspirational. And, besides, she was my dear friend.

A truly revolutionary mind in the field of architecture. Dame Zaha, we’ll miss you.