Set for completion in 2014, Shanghai Tower will anchor the city’s Lujiazui commercial district—one of Asia’s leading financial centers. Designed by a local team of Gensler architects to embody Shanghai’s rich culture, the 632-meter-high (2,073-foot) mixed-use building will complete the world’s first super-highrise precinct. The new tower takes inspiration from Shanghai’s tradition of parks and neighborhoods, recast in high-density urban form. Its curved façade and spiraling form symbolize the emergence of modern China as a global financial power, while setting new standards for performance.

The tower is a showcase for technologies that raise the bar for the next generation of super-highrise buildings. The heart of the structural system is a 90-by-90-foot concrete core, which acts in concert with a system of outriggers and supercolumns. Two-story belt trusses support the base of each zone, marking the divisions of the building into nine zones. This made for a speedier, less costly construction process.

By emphasizing public space and locating shops, restaurants, and urban amenities at the atrium levels, Shanghai Tower embodies a new way of inhabiting supertall towers. Each of the building’s neighborhoods rises from a “sky lobby” at its base—a light-filled garden atrium that fosters community and supports daily life. The sky lobbies bring people together throughout the day in settings that recall the city’s historic landscaped courtyards.

Shanghai Tower will be one of the most advanced sustainable tall buildings in the world. A central aspect of the design is the transparent second skin that wraps the entire building. This feature creates atriums that insulate the building, reducing energy use for heating and cooling. Gensler’s design leverages state-of-the-art water conservation practices and high-efficiency building systems. 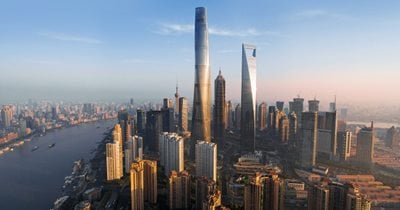 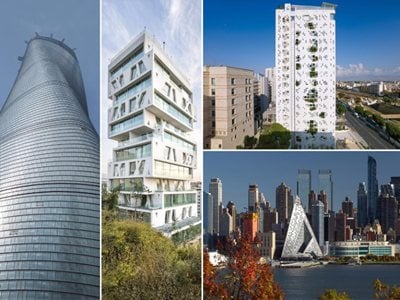 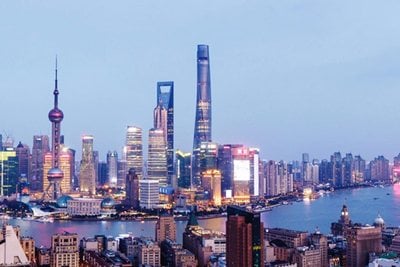 Shanghai Tower is now the Second-Tallest Building in the World 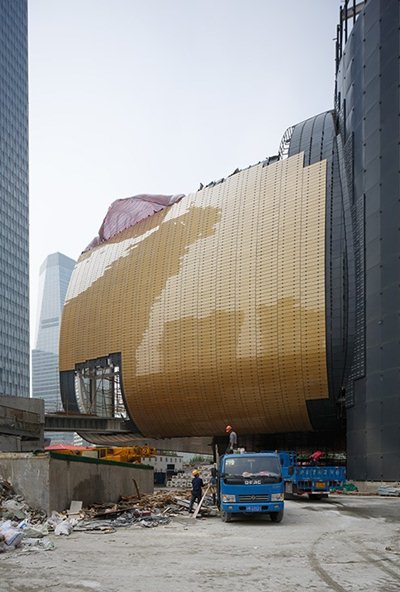 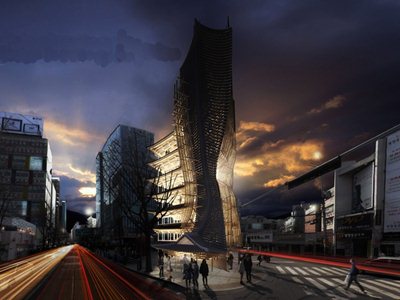 A reinterpreted Korean house, a vertical village in Detroit and a CO2 capturing construction pick up the main awards
Draft
comment
Enlarge image