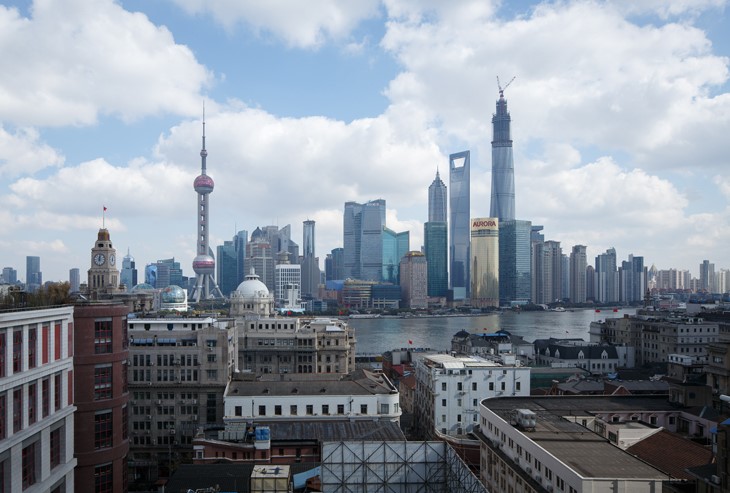 Shanghai Tower has entered its final construction phase, and the construction team is reaching key milestones every week. The team recently began putting the final touches on the inventive double skin facade and prepared the very top of the Tower for the crown, which will hold the Tower's wind turbines and Tuned Mass Damper. The site has also become a point of interest with foreign visitors: Max Baucus, the United States Ambassador to China, toured the Tower during a recent trip to Shanghai.

Robert Price, a technical director from our Shanghai office, gives us a bird’s eye view of the latest developments. He explains what the construction team has been up to and what we can expect to happen over the next few weeks. 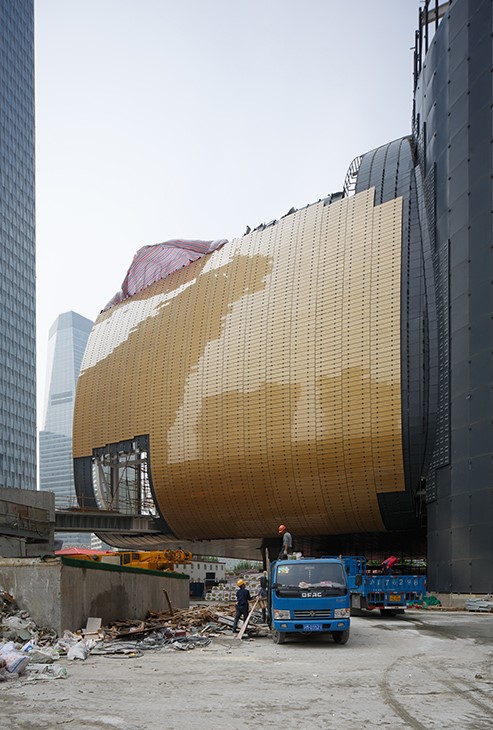 Editorial Team: Has the tower recently achieved any significant milestones?

Robert Price: Well, the tower is now at its final height of 632m, and the final steel beam was decorated and put in place last week at the very top.

ET: We are noticing a yellow-colored skin being applied at the base of the building. Can you tell us about that?

RP: The construction team is laser focused on finalizing the closure of the exterior skin at the lower level podium. What you’re seeing in the images above is the podium level’s champagne-colored final skin. It will wrap the Tower’s retail, client offices and conferencing zones. Ramps linking East Ying Chen Zhong Road and Lu Jia Zhui Huan Road into the lower parking levels are also in place, and soon the temporary offices that surround the building site will be dismantled so site work can start. 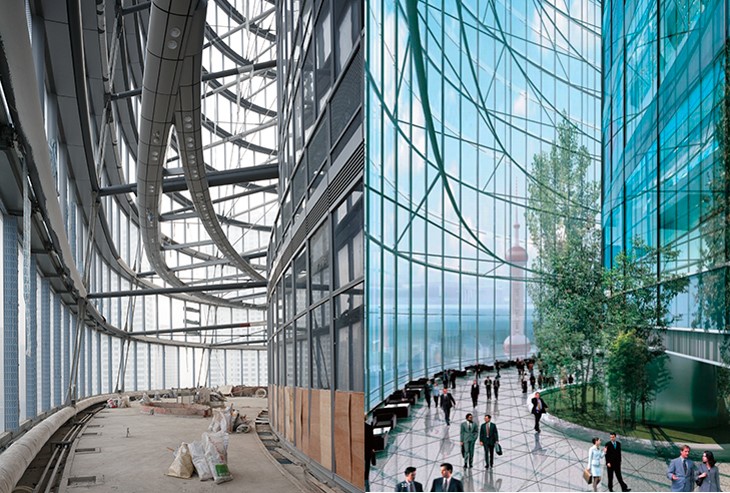 ET: What’s going on inside the building?

RP: So much! We have mocked up the sky atria and floors. At nine atrium levels, the structural work that supports the extensive landscaping is already complete, and final finishes are in the process of being confirmed. Initial plans call for a green belt consisting of native, large timber bamboo trees and a variety of fig trees between 10 to 20 meters in height. The views at these levels are truly amazing. And there is ample natural light filling the space between the double skin and looking up into the 20-plus story space. Also, the structural web that illustrates the complex but elegant structure holding everything in place is now clearly visible.

ET: We’ve heard the elevators will be the fastest and most advanced in the world. What can you tell us?

RP: The Shanghai Tower will have several single-span elevators that travel from the ground floor to the observation decks at the top of the building. These elevators will be pressurized and will travel at 40mph, making them the fastest in the world. We have been working closely with Mitsubishi Shanghai on the elevatoring systems, and all elevator materials are now confirmed. Just last week our design team reviewed detailed elevator mockups at Mitsubishi’s manufacturing plant outside of Shanghai. We made final tweaks to the interior finishes before they began fabrication of the more than 100 elevators in the building.

ET: Are the mechanical, electrical and plumbing (MEP) systems going in?

RP: Those are in process with rough-in works completed. We are now reviewing all MEP devices in the podium zones and expect to give final approval in the next week.

ET: Topping out was last August, and it looks like the crown is close to completion.

RP: We are getting close. The final top 15 stories are currently exposed due to the positioning of stabilizers, wind turbines and water collection features located within the crown. Those unique elements are pioneering technologies typically not featured together in a supertall structure. The exterior construction schedule changes daily and is dependent on temperature, wind loads and rain. The primary concern is Typhoon season. The present goal is to close the exterior skin prior to the heart of the season.

RP: We are finalizing the main building’s exterior lighting elements and wrapping up the site work. Our construction meetings will move offsite, and all temporary trailers will be dismantled so we can finalize landscaping.