London, October 28 2011: The ArcelorMittal Orbit, a sculpture and public viewing platform, designed by Anish Kapoor and Cecil Balmond, that will stand at the heart of the London 2012 Olympic and Paralympic Park, reached its full height of 114.5 metres today, marking the completion of the main steelwork.

The top lattice loop of the sculpture was lifted into place by the same team who have constructed the ArcelorMittal Orbit since breaking ground back in November last year. The completion of this keystone piece marks the end of the main steel construction works onsite, before the sculpture begins its fit preparation for Games-time.

Now standing as UK’s tallest sculpture, 22 metres taller than the Statue of Liberty, the ArcelorMittal Orbit consists of a continuous looping lattice constructed using 2,000 tonnes of steel. Situated between the Olympic Stadium and the Aquatics Centre, the ArcelorMittal Orbit will become an iconic new visitor attraction with views of up to 20 miles, encompassing the entire Olympic Park and London’s skyline. Visitors will be able to take a trip up the structure in a lift and down too if they will, although they will be encouraged to walk down the spiral staircase, which is composed of 455 steps.

The realisation of the Kapoor and Balmond vision has been made possible by Arup whose engineers and technical experts are experienced in major artistic collaborations. Ushida Findlay Architects has completed the design and seamless integration of the architectural elements of the sculpture, including the visitor staircase that winds around the ArcelorMittal Orbit

“Speaking on behalf of our employees across the world, it gives me great pride to see the ArcelorMittal Orbit finally reveal its full height – it is an ideal showcase for the versatility of steel,” commented Lakshmi N. Mittal, Chairman and CEO, ArcelorMittal. “We conceived this project in partnership with Mayor Boris Johnson, Anish Kapoor and Cecil Balmond, not only to provide an iconic, cutting-edge centrepiece for London 2012, but to ensure the Olympic legacy will stretch well beyond the Games itself, helping to ensure the ongoing regeneration of this part of London,” he adds.

Anish Kapoor commented, “the ArcelorMittal Orbit has been conceived of as a structure made up of discreet elements which seek to engage the viewer in experience through form, colour and reflectivity. The work invites public participation and engagement. I am pleased that we have been able to build it with the help of our partners including ArcelorMittal and Sir Robert McAlpine.”

“Now that the Orbit is complete, the tower will reveal its revolution in the conception of form out of art and engineering.” said Cecil Balmond, co-creator of the ArcelorMittal Orbit. “The Orbit is a contemporary symbol of flux for a 21st century London that is progressive in its changing shape.”

Boris Johnson, Mayor of London:
“What better calling card for London 2012 than a piece of truly spectacular modern British art to drive visitors to east London in perpetuity. It would have boggled the minds of the Romans. It would have dwarfed the aspirations of Gustave Eiffel, and it will certainly be worthy of the best show on earth, in the greatest city on earth. And as the final giant steel loop is swung into place, lifting the ArcelorMittal Orbit to its full height, we are truly witnessing the most significant iconic addition to London’s skyline for decades.”

Andrew Altman, Chief Executive of the Olympic Park Legacy Company:
“I am delighted that we are another step closer to completing this new London landmark. The ArcelorMittal Orbit is set to become one of London’s top visitor attractions. With amazing views of the Queen Elizabeth Olympic Park and London skyline, the ArcelorMittal Orbit will stand alongside the Park’s iconic venues and provide a stunning backdrop for the thousands of new family homes we plan to build in the Park after the Games.”

As Tier 2 sponsors of London 2012, ArcelorMittal has committed to funding up to £19.6 million of the £22.7 million cost of the ArcelorMittal Orbit, with the outstanding £3.1 million provided by the Greater London Authority. It has been estimated that the resulting visitor attraction will generate up to £10 million of revenue per annum and create up to 50 new jobs following the 2012 Games.
20 users love this project 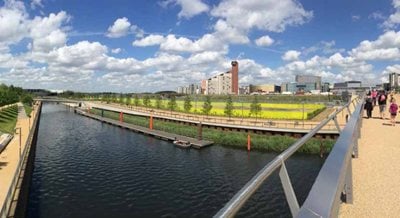 A new cultural quarter in the core of East London 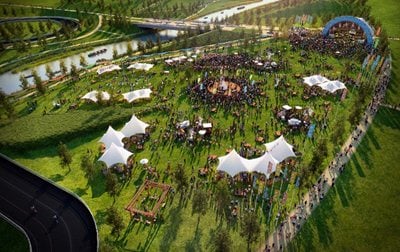 Queen Elizabeth Olympic Park re-opens for a weekend of entertainment 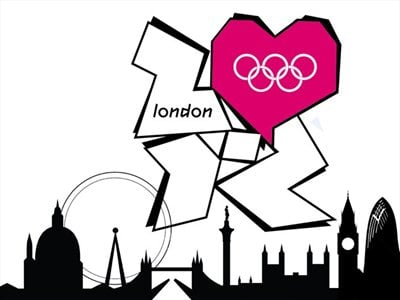 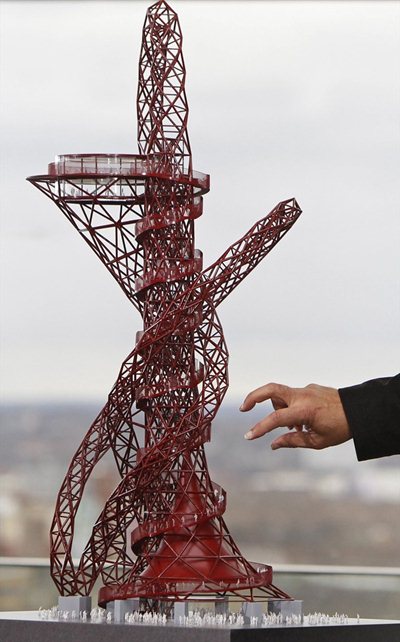 Arcelor Mittal Orbit (ENG) Anish Kapoor and Cecil Balmond sculpture reaches full height of 114.5 metres to create new landmark on capital’s skyline London, October 28 2011: The ArcelorMittal Orbit, a sculpture and public viewing platform, designed by Anish Kapoor and Cecil Balmond, that will stand at the heart of the London 2012 Olympic and Paralympic Park, reached its full height of 114.5 metres today, marking the completion of the main steelwork. The top lattice loop of the...