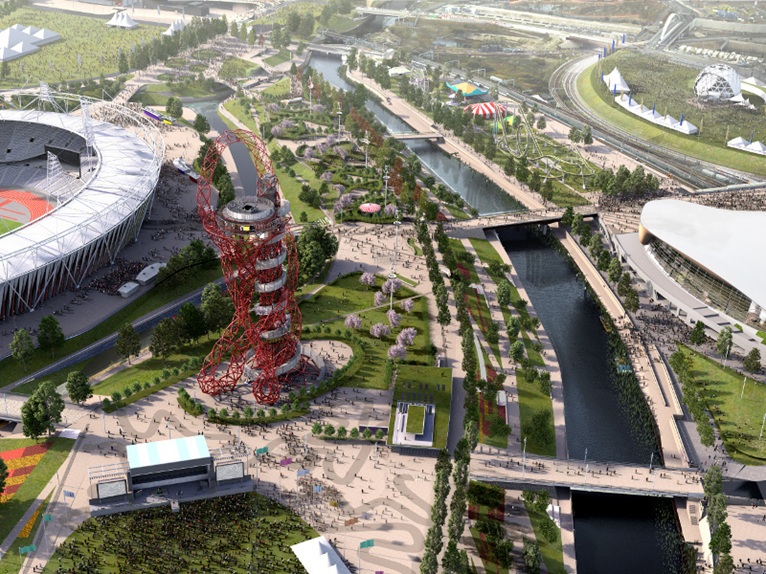 After a week which began with the birth of the Royal Baby (known as “Royal Baby Windsor” until yesterday), this coming weekend, 27-28 July, will see the opening of the first part – the north – of the Queen Elizabeth Olympic Park, renamed to commemorate the diamond jubilee of “George's” great grandmother. The picture above shows what it should look like next spring when the whole park opens. 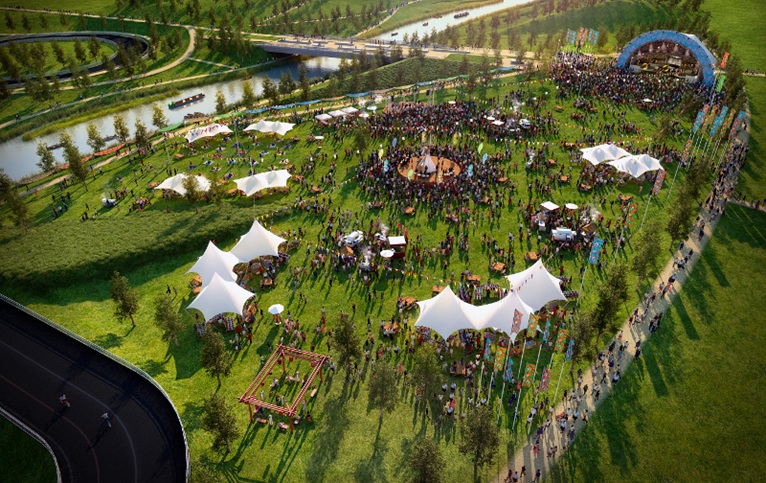 Since the closing ceremony of the Paraolympic games on September 9th last year there has been as much, if not more activity going on, removing temporary venues and improving transport connections, creating beautiful parkland areas, building and landscaping. Although the work is not yet finished – the park is scheduled for full opening in the spring of 2014 – this weekend will give visitors a taste of what is to come next year. 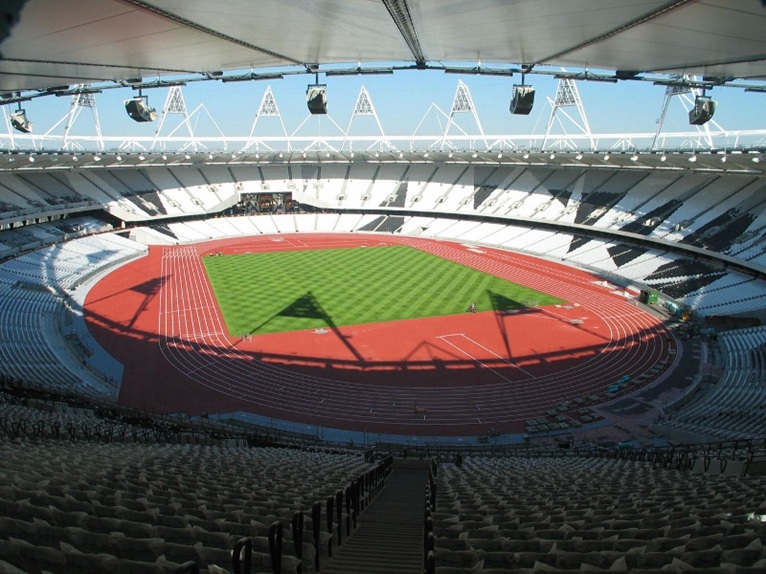 The London 2012 Olympic Stadium, designed by sports facilities specialists Populous, will be hosting three days of exhilarating world-class athletics with 30 Olympic medallists in the Anniversary Games sponsored by the supermarket chain Sainsbury’s. It includes IAAF Diamond League action, with many Olympic champions returning to London for the events on Friday evening and Saturday afternoon, with a third day showcasing the Paralympic champions of 2012. The provisional list included six-time Olympic champion Usain Bolt, while report earlier in the week said his name was missing from the list of participating Jamaican athletes, he was photographed yesterday visiting Renzo Piano's Shard / London Bridge, as well as another 30 Olympic medallists, including four world record holders and 12 gold medallists. 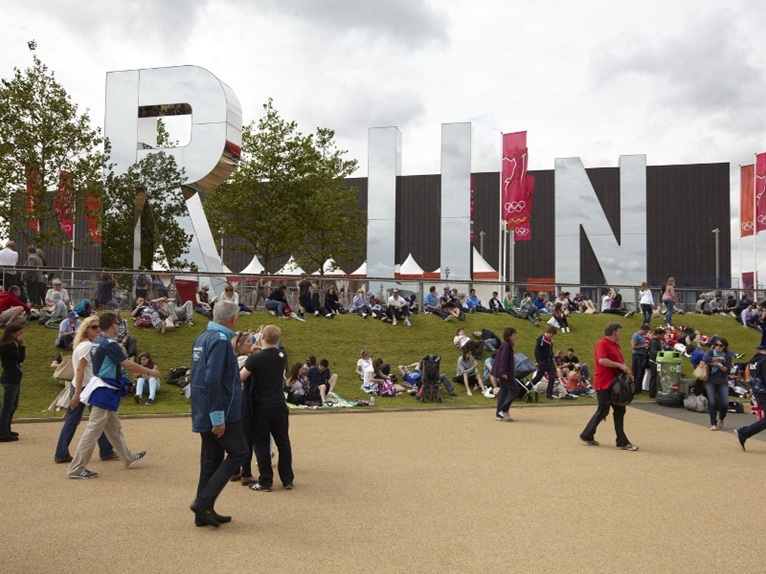 The first venue of London 2012, the The Copper Box, designed by Make Architects in collaboration with consultants PTW Architects and ARUP, will open to the public on 27th July, visitors can get in shape in the gym, take part in any number of activities in the state-of-the-art sports hall, or just enjoy a coffee and a bite to eat in the café. 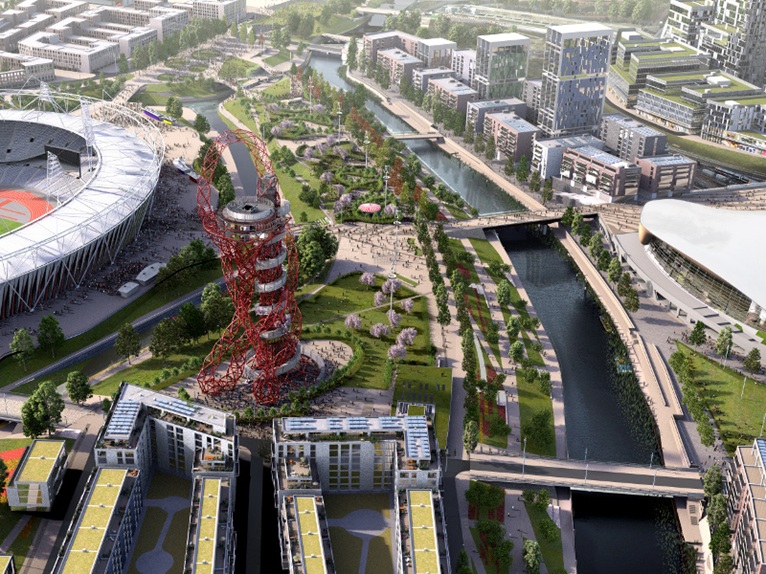 The photo above shows what the park is expected to look like in 2030 with the Olympic Stadium on the left, which by then will be home to West Ham United Football Club, The The Arcelor Mittal Orbit, designed by Anish Kapoor and built by Arup in the middle and Zaha Hadid's London 2012 Aquatics Center on the right. The north of Queen Elizabeth park will be hosting the main festival with around 60,000 people expected to attend the packed weekend of entertainment and activity, art and food. Tickets are reasonably priced at £9.50 for Adults and £6 (5-16 years), while under 5s go free.

The festival includes music with a host of international acts, including The Waterboys, Seun Kuti & Egypt 80 with special guests Robert Glasper & Dead Prez and a supergroup of Malian artists including acclaimed duo Amadou and Mariam. The music festival was organised in collaboration with Time Out. There will also be an acoustic performance or a DJ set over at the Caught by the River stage.

An array of pop-up performances and participation will also be taking place across the Park. There will even be an East End sing-a-long. 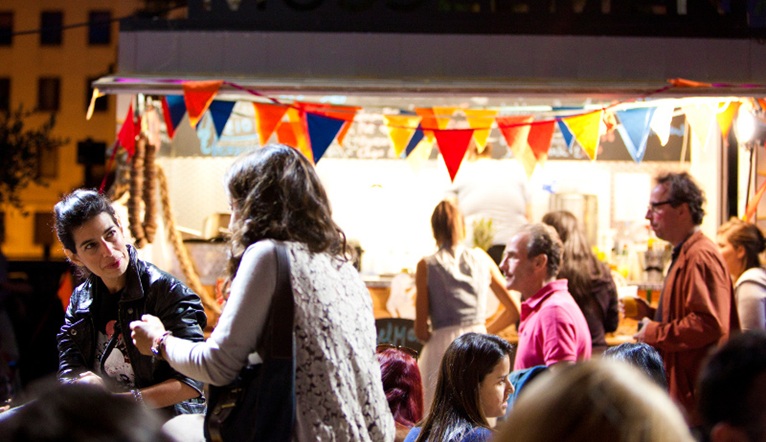 For those looking to sample the flavours of the world, there is the Real Food Festival and the Ten Mile Beer Festival. You can join in the 'Bucaneers Banquet on the Bridge' over the River Lea or simply take time out for a quiet picnic on its banks. 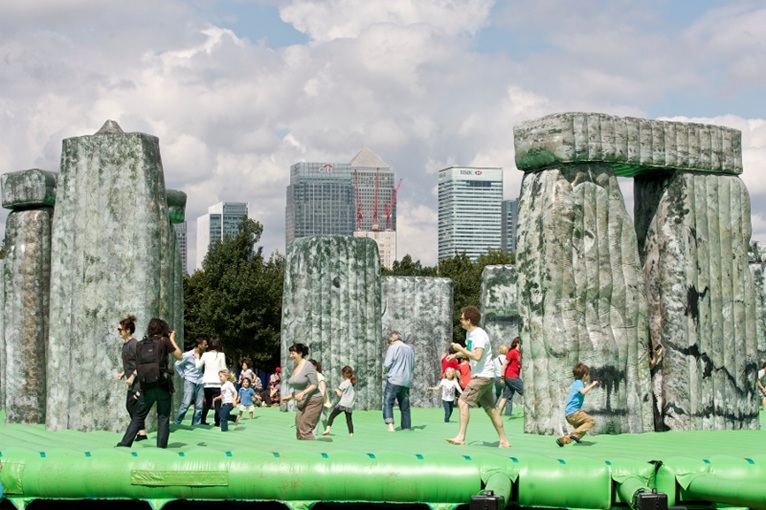 Younger (and young at heart) visitors will be enchanted by the legendary Travelling Art Circus presented by The House of Fairy Tales as well as the Stonehenge Bouncy Castle. 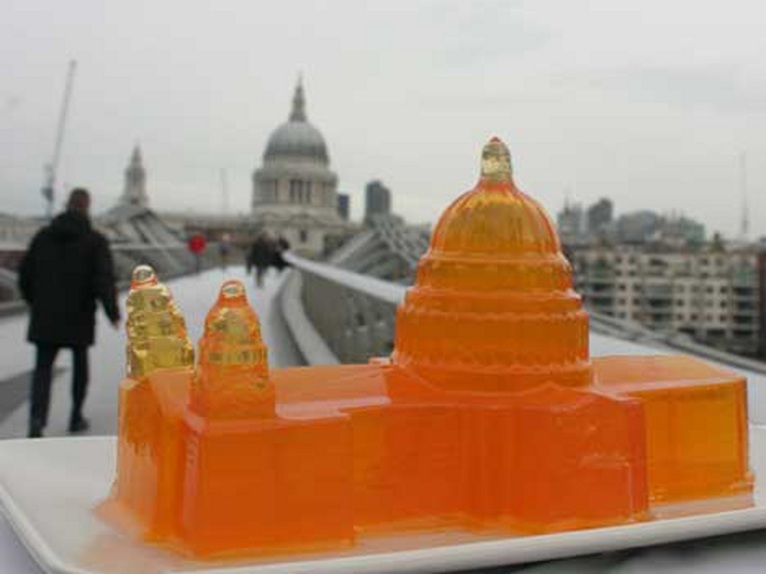 There will also be a fair share of Art and Design with the Architectural Foundation unveiling two specially commissioned works for the Park including Hat project's Emerging East Shelters and Seating commission. There will also be an Art Car Boot Sale where you can pick up a bargain and meet leading artists like Bob & Roberta Smith, Gavin Turk and Pure Evil. An urban Bazaar has also been organised showcasing sustainable, up-cycled and vintage contemporary design. There will be plenty of surprises as you explore London's newest park, all leading to a spectacular finale by Bompas & Parr, English Jelly architects, who have already collaborated with and Rogers Stirk Harbour + Partners and Lord Foster during the London Festival of Architecture in 2008, as the day draws to a close.

Last but by no means least on 29th July the north parklands will be opening. Surround yourself with nothing but the gentle buzz of nature in this lush green space, brimming with plants and wildlife. Here you can have a picnic, go bird watching and even paddle a canoe in the River Lea.