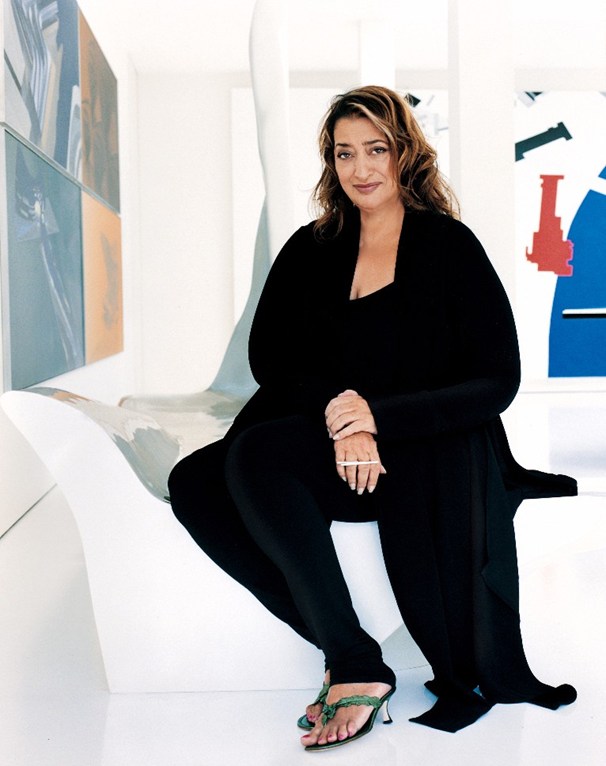 The first retrospective exhibition of her work in Russia, Zaha Hadid at The State Hermitage Museum provides unprecedented insight into the work of Zaha Hadid in a mid-career retrospective highlighting her exploration of the Russian Avant-garde at the beginning of her career, and the continuing influence of its core principles on her work today.

The exhibition, in the historic Nicolaevsky Hall of the Winter Palace, showcases many of the seminal paintings, drawings, models and design objects of Hadid’s forty-year repertoire; conveying the ingenuity and dynamism of her architectural projects in variety of media including film, photography and installations. 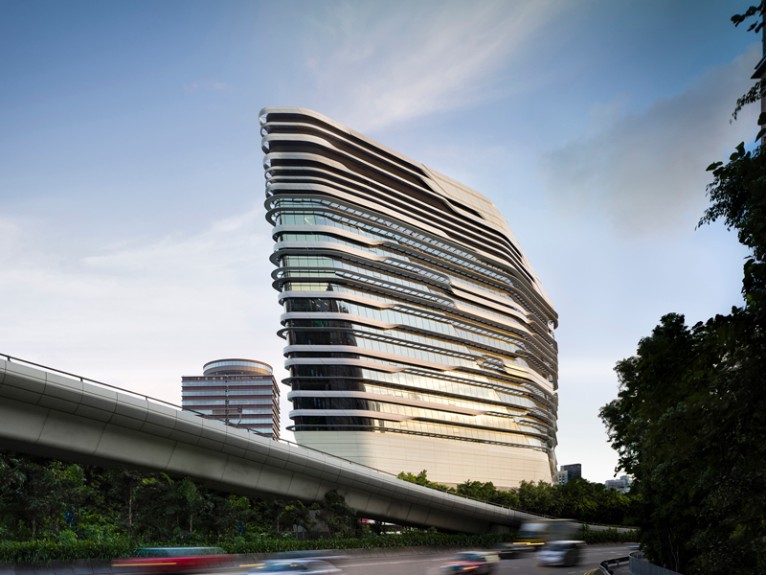 In 2004, Hadid was awarded the Pritzker Architecture Prize in the theatre of the State Hermitage Museum. Accepting the prize, Hadid stated, “The spirit of adventure to embrace the new and the incredible belief in the power of invention attracted me to the Russian Avant-garde. I realized how Modern architecture built upon the break-through achieved by abstract art as the conquest of a previously unimaginable realm of creative freedom. The idea that space itself might be warped and distorted to gain in dynamism and complexity without losing its coherence and continuity.”

With its far-reaching experimentation, Hadid directly engaged with the work of the Russian Avant-garde early in her career, developing an artistic inventiveness that transcends the context of the Russian social experiment and continues a narrative of a new spatial perception. 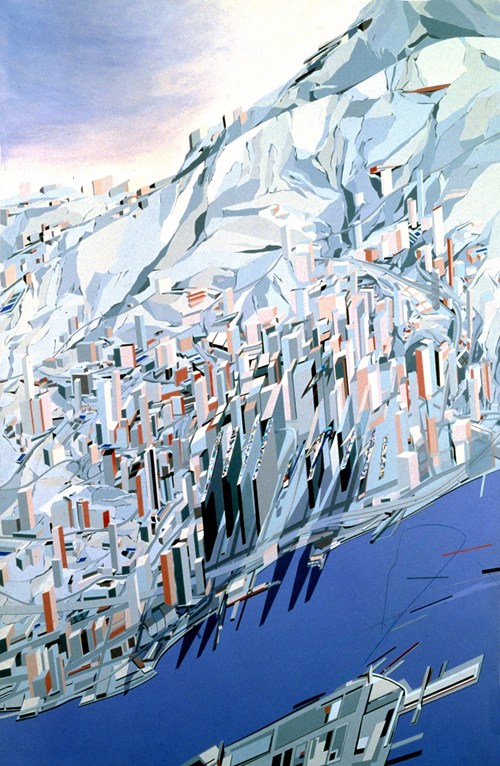 The exhibition outlines the pioneering research that permeates the architect’s career. The Peak Club in Hong Kong (unrealized, 1982-83) represents an early manifestation of her exploration of Kazimir Malevich’s compositional techniques of fragmentation and layering. Further projects include the Rosenthal Centre for Contemporary Art in Cincinnati (completed, 2003), Phæno Science Centre in Wolfsburg (completed, 2005), BMW Central Building in Leipzig (completed, 2005), MAXXI (completed, 2010), London 2012 Aquatics Center (completed, 2011) and Heydar Aliyev Center in Baku (completed, 2012) continue Hadid’s ongoing research towards a new architecture that addresses the increased complexities and dynamism of our future.

Built on the site of an old Soviet tank factory, the centre in Baku dissolves the conventional differentiation between architecture and city, offering welcoming porosity in place of segregated fortification. 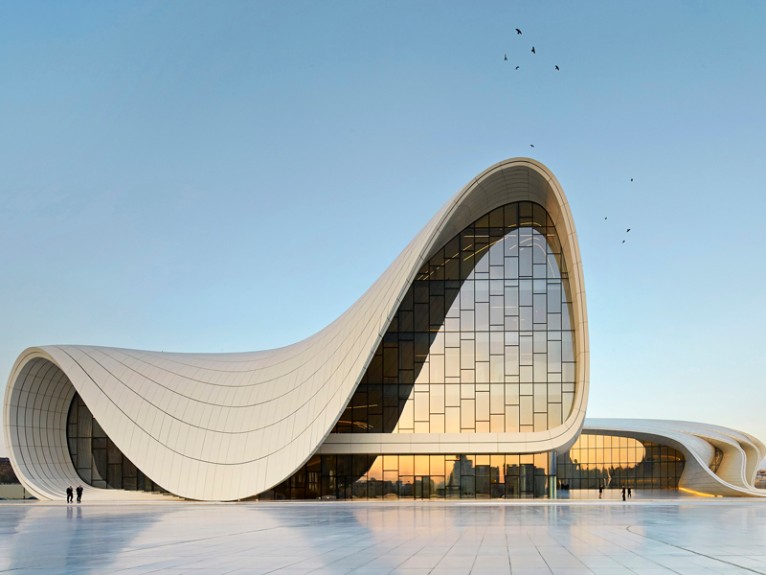 “Hadid championed the unconsummated work of the Suprematists. She reengaged the debate and set out to build their revolution,” explains critic Joseph Giovannini. “The Baku center represents a new era in architecture. If a culture can be extrapolated from the architectural posture represented by the Heydar Aliyev Center, it would be freer and more spirited, and applied with a light touch as well as principled discipline. The center, an embodiment of an enlightened philosophical framework, is poetic, compelling, and charismatic. Its open forms promise to help open Azeri culture by an act of attraction rather than imposition. Hadid has designed and crafted an object lesson and a parable. Azerbaijan commissioned a building, and Hadid met the program. But she also read between the lines and exceeded the brief by delivering a futuristic vision and aspirational ideal. “

As the exhibition explores the architect’s forty-year career, we see that, far beyond simply continuing the unfinished project of Modernism and the unfettered spirit of the Avant-garde, Hadid has transcended these ideas, creating an entirely new spatial paradigm; an architecture of the future. 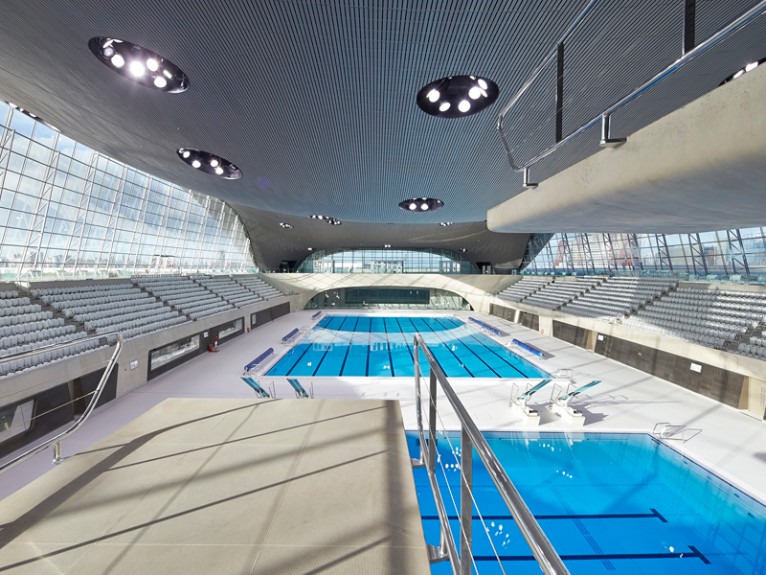 Zaha Hadid at The State Hermitage Museum is organized in cooperation with Zaha Hadid Architects as part of Hermitage 20/21 launched in 2007 to collect, exhibit and study the art of the 20th and 21st centuries.