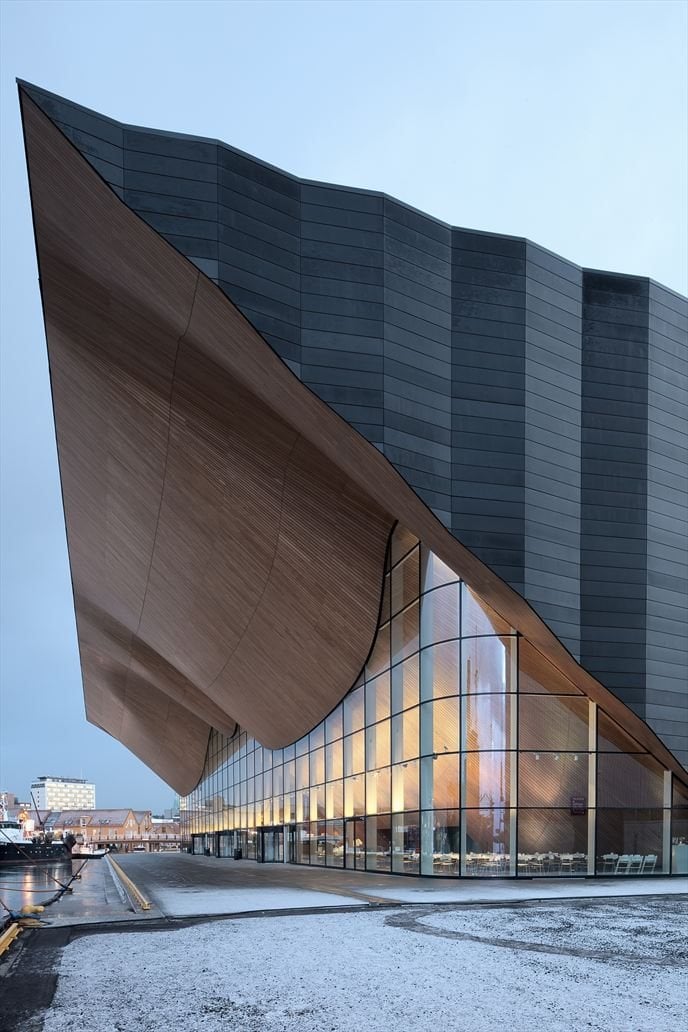 The architectural office ALA Architects has designed the new Kilden Performing Arts Centre in Kristiansand, southern Norway. The complex includes an auditorium, concert rooms and a multipurpose space dedicated to theatre and music.

The Kilden Performing Arts Centre in Kristiansand, on the North Sea coast, was officially opened last January and has a total seating capacity of 2270.

The main entrance to the structure, overlooking the port, has a glazed façade which ends in a wavy element which juts out over the dock. It is made of local wood and forms an integral part of the roof.

The project choice of dark tones for the remaining three façades of the building comes from the desire to emphasise the large entrance foyer, a metaphor of the theatrical scene and of the passage of the spectator from the real word to the dream-like one.

The strength of this architecture comes from the fact that the concert hall, for the Kristiansand Philharmonic Orchestra, the theatre hall for the Agder Theater group and the multipurpose hall, are independent and served autonomously.

The great flexibility of the internal spaces and of the different rooms, which are designed acoustically to accommodate the different performing arts, from concert auditions, to experimental theatre courses and mixed representations, is the outstanding feature of this new structure.