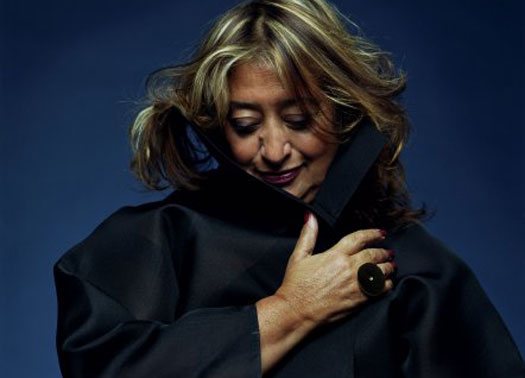 A further acknowledgement for the famous architect Zaha Hadid, who has been awarded the Jane Drew prize “for her outstanding contribution to the status of women in architecture”. The judging panel was made up of famous names from architecture including the Italian-born British architect Richard Rogers.

The award was initially introduced in 1998 as a tribute to Jane Drew, the modernist English architect and town planner whose first office employed only female architects because at the time (1940's) it was a male dominated profession. It is awarded for respect of innovation, diversity (extending traditional categories valued in architecture) and inclusiveness (collaborative work) and is open to both men and women.

Zaha Hadid is the first winner of the revived prize, over a decade after it was last awarded. She, more than any other woman before her (except perhaps the architect who gave her name to the prize), has elevated the status of female architects becoming practically a household name. Indeed she was the first woman to receive the Pritzker Architecture Prize in 2004, as well as the Stirling Prize for two consecutive editions, with the project of the MAXXI in Rome in 2010 and the Evelyn Grace Academy project in London in 2011.

She has now become the worldwide female symbol of architecture and is famous for the grandiosity of her works built all over the world. This prize sets the seal on her qualities and personality.