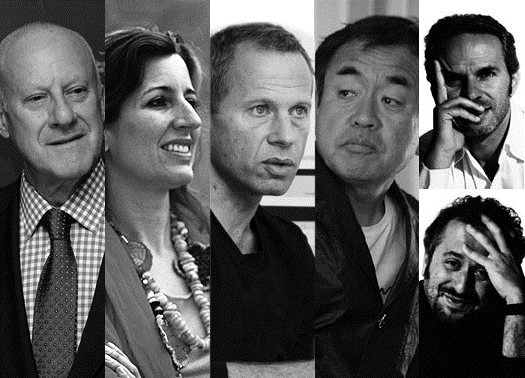 The competition for the High Speed Train Station of Susa is going ahead (in spite of the demonstrations against the construction of the high speed rail line which have so far prevented work on the line from starting on the Italian side!). It has now reached the second phase and the runners are down to 5. They must produce their definitive projects for the station before the summer's judging process.

170 design offices took part in the first phase of the competition and five were selected for the final phase:

Norman Foster, fresh from his victory in the competition for the Masterplan for Marseille’s old port, and who has already designed a high speed train station in Italy, The new High Speed Train Station of Florence, work on which is slowly progressing in spite of many problems;

Benedetta Tagliabue, Italian architect who migrated to Barcelona where she opened a famous studio with Enric Miralles, designers of the famous Santa Caterina market in Barcelona and more recently the Spanish Pavilion for Expo Shanghai;

Austrian architect Dietmar Feichtinger, with offices in Paris, famous, above all for the Simone de Beauvoir footbridge over the Seine, but also designer of other projects in his native Austria, like the Voestalpine Stahl office building;

Kengo Kuma, whose first work in Italy, the Casalgrande Old House with its poetic "Ceramic Cloud" was unveiled a few months ago;

5+1AA of Genoa, the architectural office of Alfonso Femia and Gianluca Peluffo, designers of a project for the New Station of Bologna Centrale too, have already worked in Turin for restructuring the Former Great Railway Repairs Workshop.

The new station will be built to the east of Susa, in the area currently occupied by the interport, where the new high speed line and the historical Turin-Susa railway meet. For this reason the station will be developed over two different levels and will cover a total area of about 6,000 square metres.