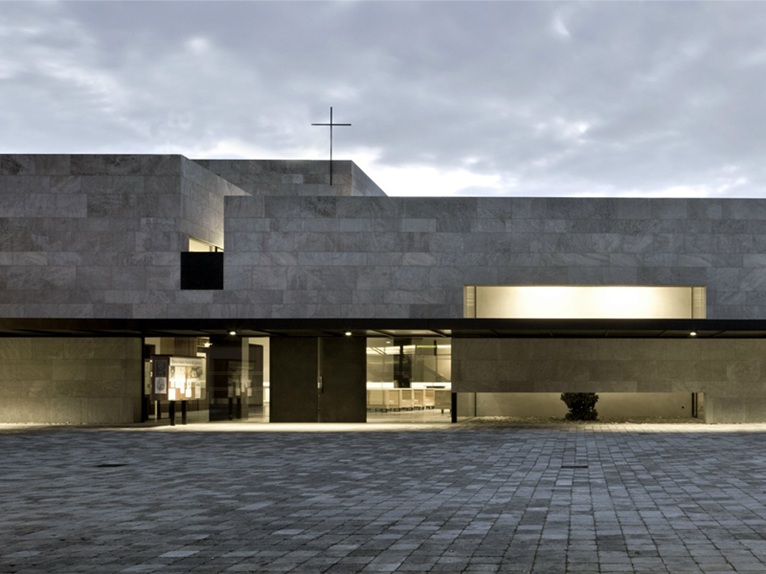 The Alto Adige Architecture Awards 2013 took place last Thursday (21st November 2013) in Bolzano as part of the Festival of Architecture. The jury, made up of Adolfo Natalini (Italy), Tom Vack (USA) and Axel Simon (Switzerland), announced the following prize winners from the 149 projects submitted:

1st prize was awarded to the Mother Teresa of Calcutta Parish Centre (pictured above) of Bolzano by architect Siegfried Delueg who also won the award for the “Public” category. Surrounded by tall and dense housing, the religious buildings have been kept deliberately modest, clearly composed and on a human scale. The ecclesiastical complex extends in a sequence of buildings alternating with open air spaces. 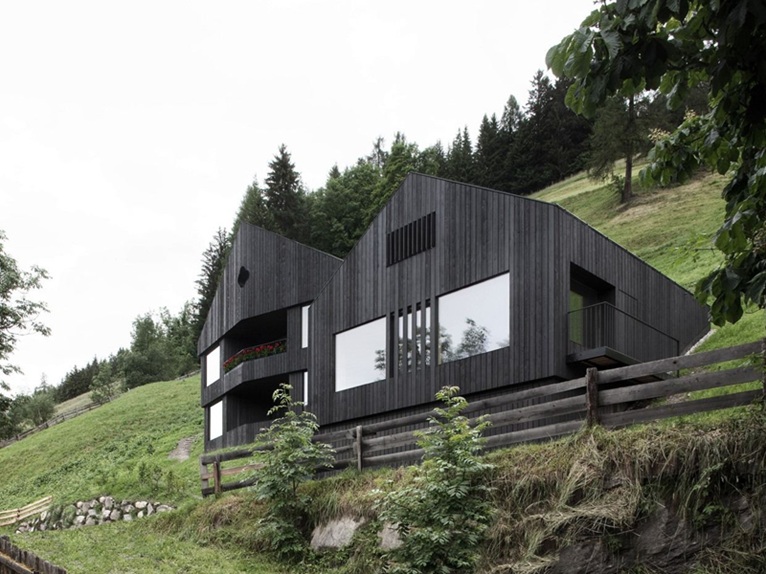 The “Housing” award was won by Wohnhaus Pliscia 13 in Pieve di Marebbe by Pedevilla Architekten, who also won the Public Award by obtaining the largest number of online votes. The residential complex refers to a traditional type of construction called “Viles”. The two staggered structures, with their prudent insertion into the hillside, correspond to the twin court type of local farm. Regional ornaments and characteristics, like the pitched roof, the porch and wooden façades are recoded with a clear and independent interpretation. 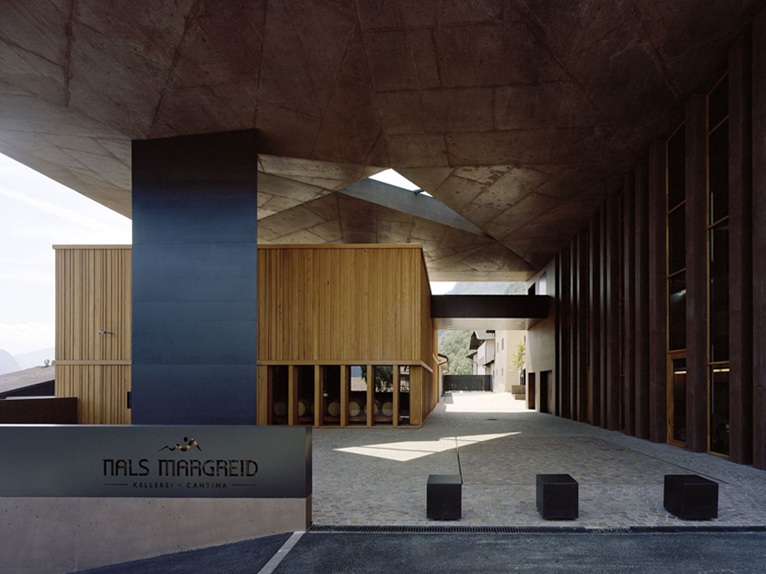 The transformation and expansion of the Nals-Margreid winery in Nalles by Markus Scherer won the “Office & Industry” award. The new building, set on a base, is constructed with a reddish-brown pigmented insulating concrete, to form a colour and material unity with the cemetery fence of the adjacent church and with the porphyry rocks that make up the ridge behind. The soffit of the roof plate, however, follows the lines of force and forms a surface stiffened like an origami model. 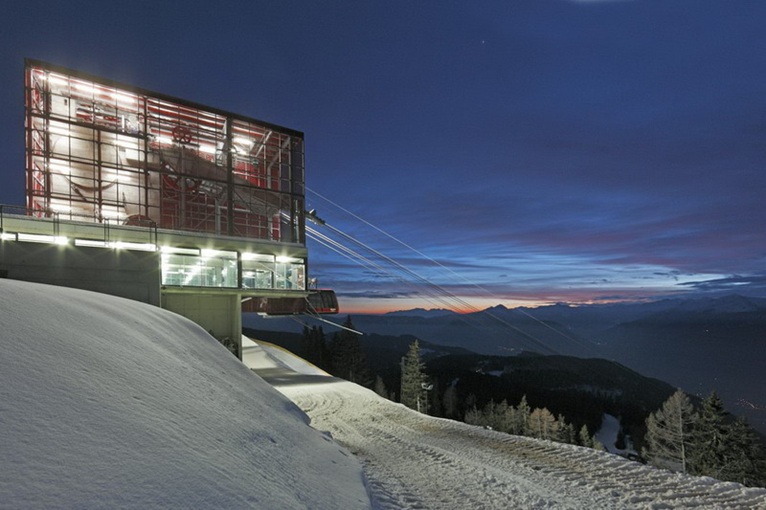 The “Tourism” award has been assigned to the Merano 2000 cable car stations designed by Roland Baldi Architetto. The old base station has been replaced by a new building consisting of two clearly differentiated buildings in terms of material, shape and function. The biggest volume is a flat roofed building on two levels made with fairfaced reinforced concrete and consists of two compact parallel and staggered volumes. Intersected with the linear building there is the red steel envelope of the technical nucleus of cable car movement. The new mountain station consists of a solid base with the technical rooms, the red envelope covered with expanded metal of the machinery perpendicular to the slope, two glazed volumes for the tracks and the online block of the bistro and a picnic area with a glass façade.

The “Interior” award was won by Burger Oberschmied house in Monguelfo by architect Stefan Hitthaler. 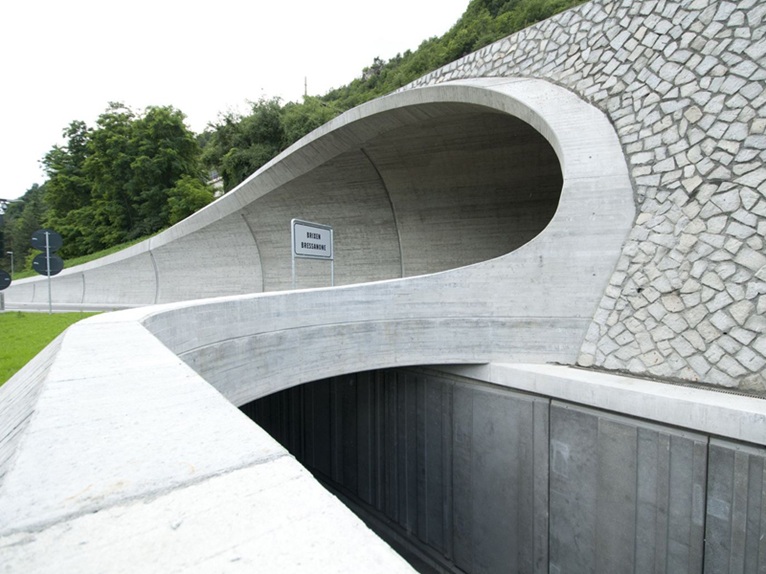 Modus Architects wins the “Open spaces” award for the Bressanone – Varna ring road. The acoustic barriers, a decisive presence in the landscape, have been designed by bending them in order to blend in with the environment by using wood in variable modules, in an attempt to eliminate that feeling of “anonymous prefabrication” inherent in these elements. The tunnel portals of the Bressanone section adapt to the terrain according to the road layout, designing bent spatial surfaces, which arise from the strong obliquity with which the road axis intersects the inclined plane of embankments, true tapes that move in space and become tunnel lining, retaining walls and parapets of the underpass below. 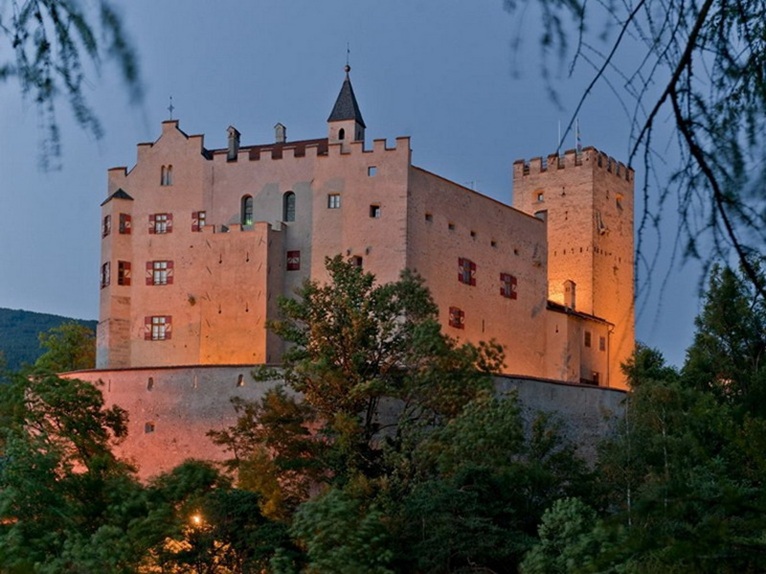 The “Renovation” award went to the MMM Messner Mountain Museum RIPA in Brunico Castle whose work was performed by EM2 ARCHITEKTEN. The task was to restore the old walls, remove the non historical parts, to make the past and the original periods visible and legible again. The expansion buildings in the entrance area of the castle and the massive staircase that leads to the tower roof are consciously constructed of wood to facilitate diversification between new and old, between transience and continuity.