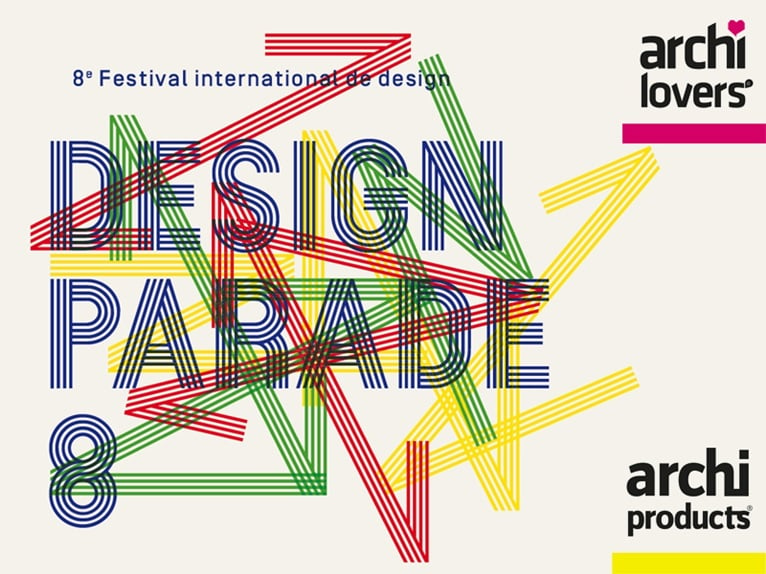 The 8th edition of the international festival of design, Design Parade, organized by Villa Noailles in France has just finished. The exhibitions remain open until September 29th, 2013.

On Sunday July 7th the Design Parade 8 jury, including Bertjan Pot, who has designed the new Moooi Lamp series heracleum, moooi© and Italian industrial designer Giulio Ridolfo, met the competing designers and and decided the awards. 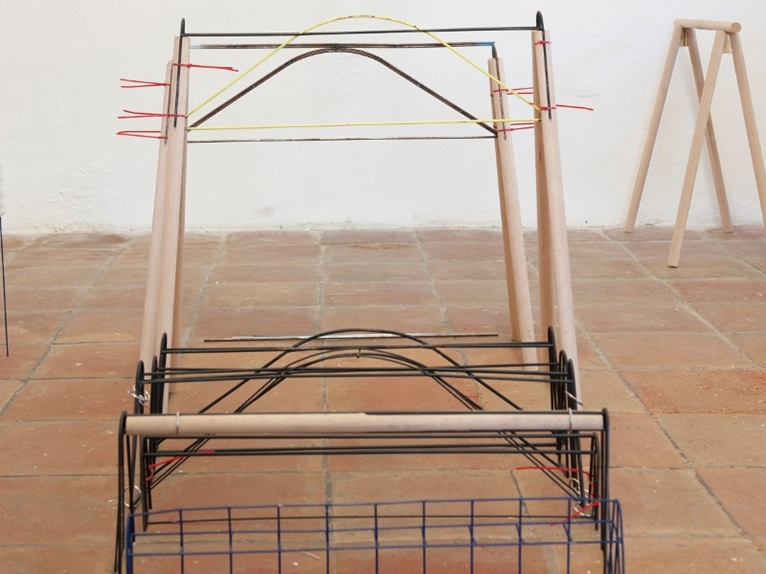 The Grand Prize went to Mathieu Peyroulet Ghilini for his designs of systems combining several different components to form trestles which could be used both for industrial design and in architecture called Sophistication. He wins a series of prizes including a 5,000 euros grant and a solo exhibition at next year's Design Parade, as well as two design internships for a year each at Sèvres Cité de la Ceramique and at the International Centre for Research on Glass at Marseille. 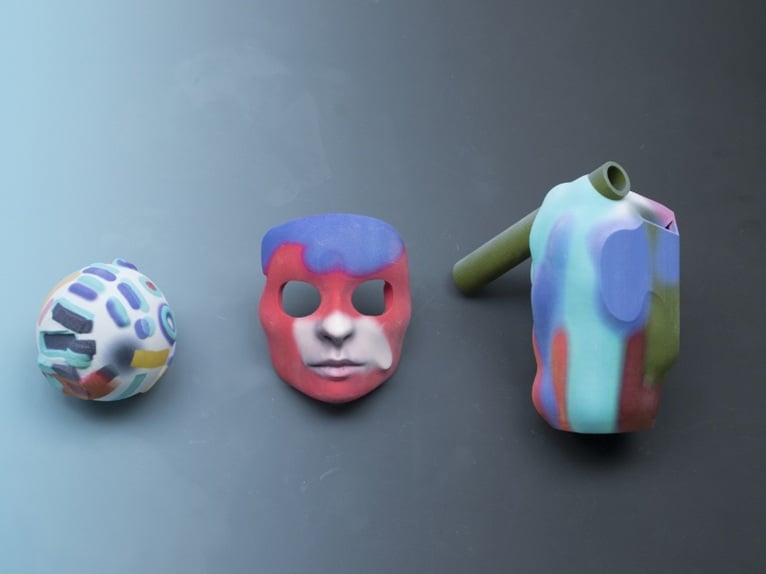 The Conseil Général du Var design award went to Laureline Galliot for her line & mass projects which combine materials and colours to create a form she is invited by Vitra to participate in the workshop in Domaine de Boisbuchet along with the winner of the grand prize Mathieu Peyroulet Ghilini. 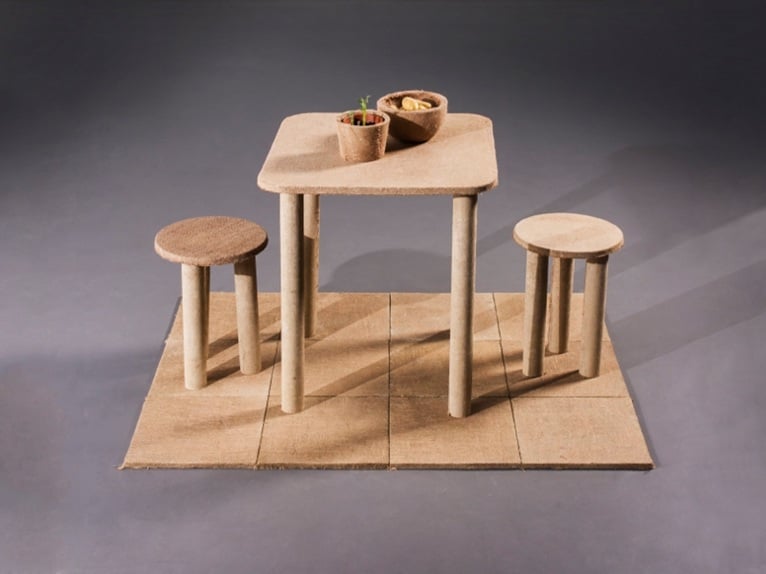 The Public and City of Hyères Prize voted by the visitors during the three-day festival went to Mugi Yamamoto for his bio composite series of objects including a stool, a table, floor tiles, bowls and flower pots. They are made using clay mixed with other ingredients covered in a jute fabric mesh and air dried. He experimented with 55 combinations before finding the most resistant one. 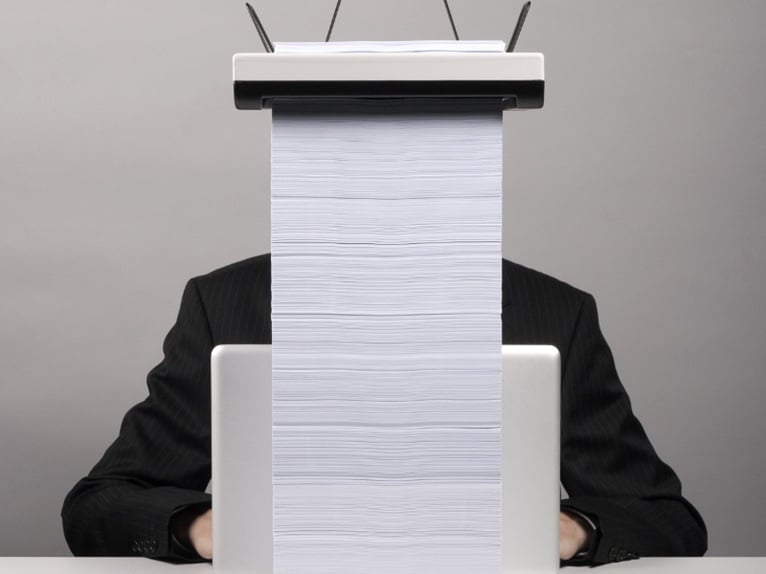 Mugi, who recently graduated from ECAL, the Lausanne University for art and Design, also designed, Stack, a compact ink-jet printer which also solves the problem of storing the spare paper needed for printing, without taking up any further space.

The jury also gave a special mention to Claire Lavabre and Daniele Bortotto for the quality of their works. 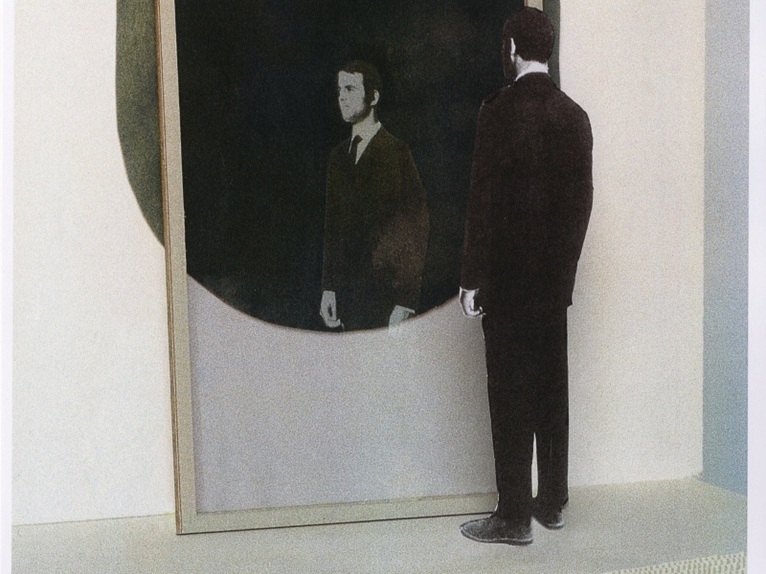 Claire's reflet mirror made with a special ultra-reflective glass only shows a reflection when put in front of a dark matte colour. Not the kind of mirror for everyday use, but a haunting work of art in the right environment. 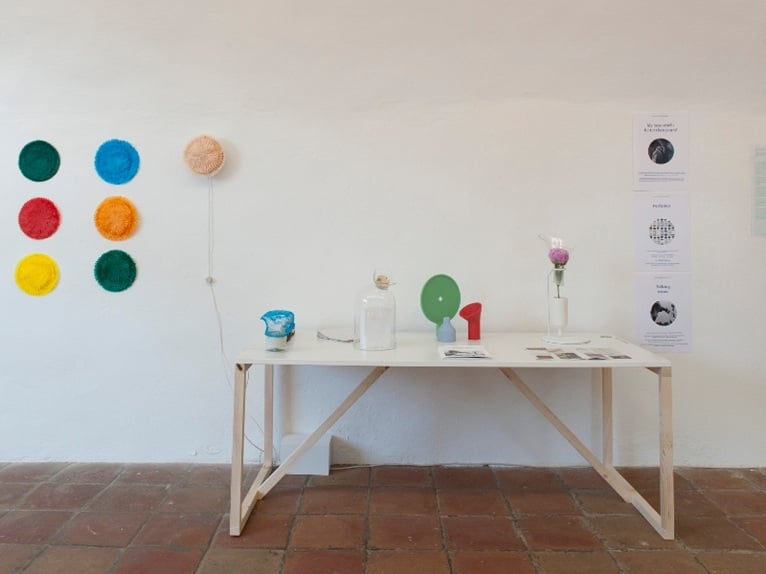 Daniele, who was also present at Salone Satellite with Giorgia Zanellato, co-founder of Acqua Alta, with their La Salina Lamp, received a mention was for his “scent” series of objects including silicon scent dispensers with the scent impregnated into the silicon, his tissue paper fan dispenser and his cheeseboard-like scent preserver for putting objects whose scent is to be preserved for eternity. 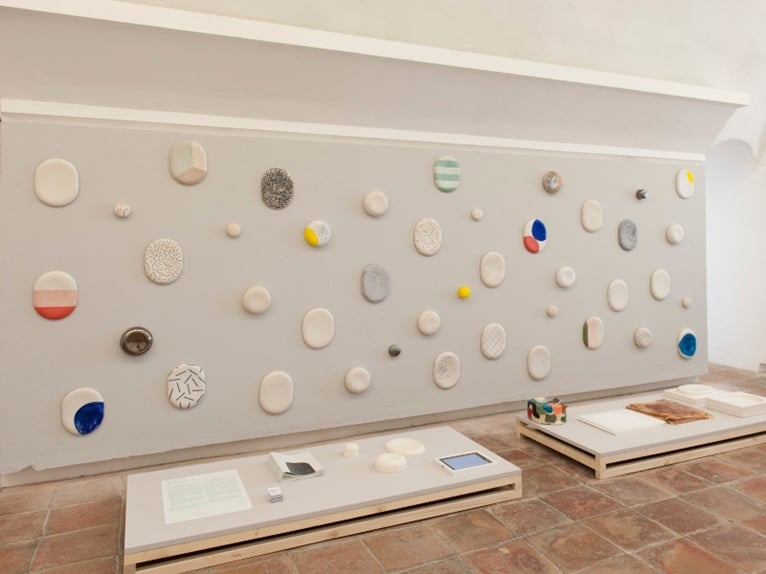 Dimitri Bähler won the Camper invitation for a designer to participate in the workshop Master Class in Master Craft in Son Forteza in Majorca. At Design Parade 8, he exhibited Patterns and colours, a special technique he developed involving a patterned latex foil pressed on clay between a positive and negative mould. 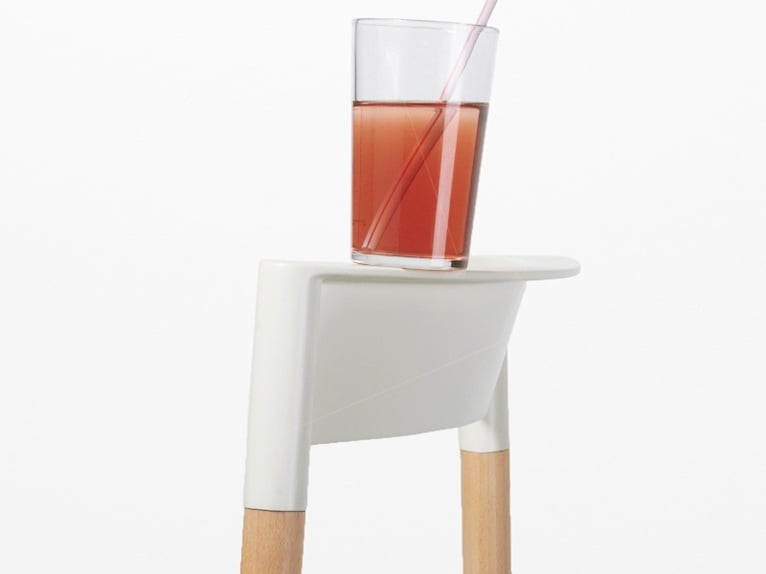 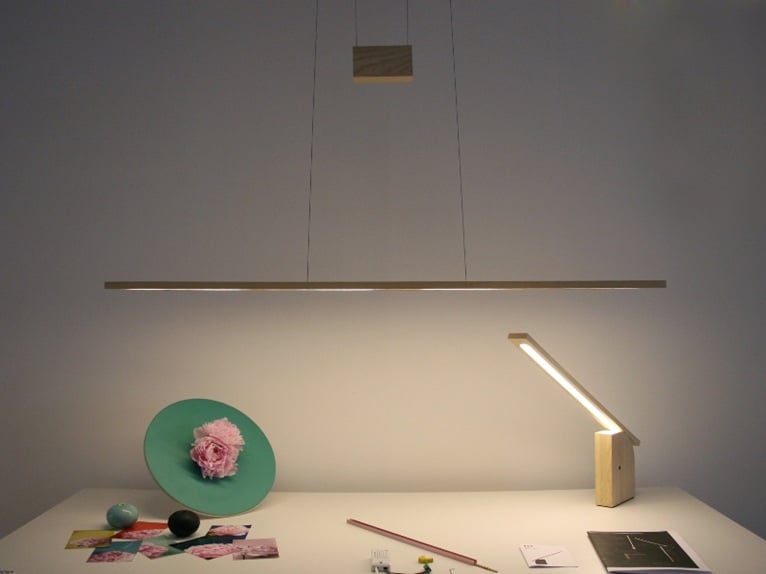 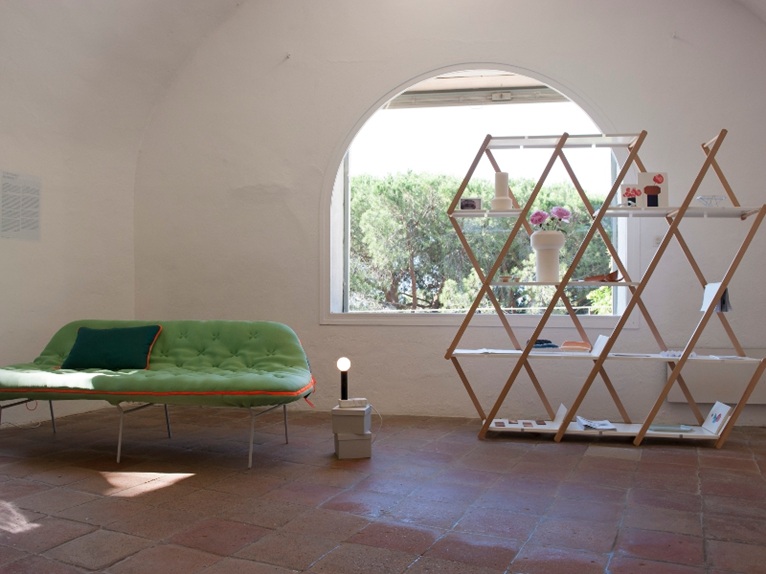 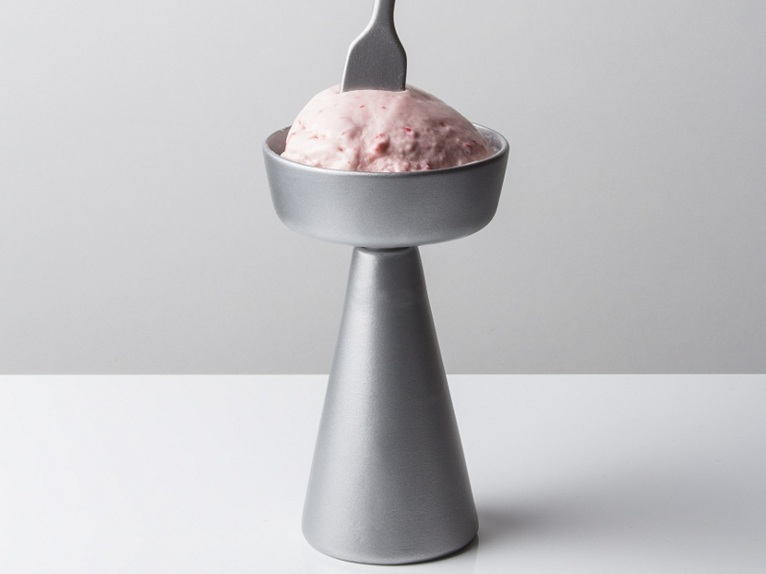 The other young designers involved were Sylvain Aebischer from Switzerland with objects ranging from an ice-cream dish to a minimalist wardrobe, Sarha Duquesne from Belgium, exhibiting her Café chair, which can be taken to bits and reassembled in the blink of an eye, and can even become a bar table for leaving your cup for a short time, Béatrice Durandard from France with her energy saving led strip solid ash desk lamp La Grue and other energy saving lamps and Stefanie Hornig from Austria, but based in the UK with her Camp series, including the lamp which is also a multiple socket outlet, a daybed and bookcase.

Archilovers and Archiproducts were once again media partners of the event.