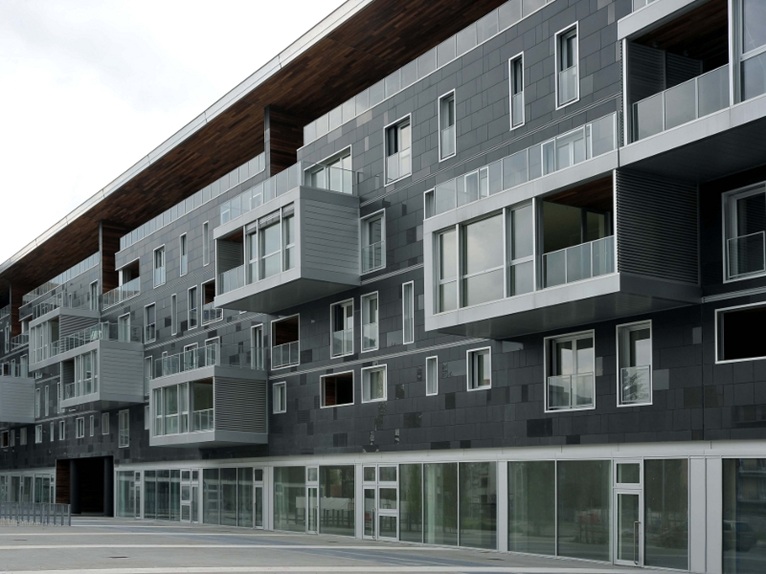 The awards ceremony of the second edition of the Architecture Contest 'La Ceramica ed il Progetto' (Ceramics and the Design Project), an event that aimed to illustrate the state of the art on the use of ceramics in Italy in different architectural contexts, took place on 1st July. The event was introduced by Vittorio Borelli, Chairman of the Ceramics Industry, who highlighted the development of ceramic materials, the success of the competition (120 participating projects ) and Cersaie, which will take place in Bologna from September 23rd to 27th.

The competition was divided into three categories, residential, institutional and commercial, for each of which, the jury, including, among others, Cino Zucchi, identified one winner and one honourable mention.

The winner of the residential category was “STU 109 B” a project in Parma by “studiodelboca” from Milan and in which Cooperativa Ceramica d'Imola tiles were used. The building is the largest architectural development, where ceramics is the characterizing element, both aesthetically and as regards the aspects of sustainability. Indeed the ventilated façade covered with porcelain tiles, guarantees a particular heat exchange both in summer and in winter. 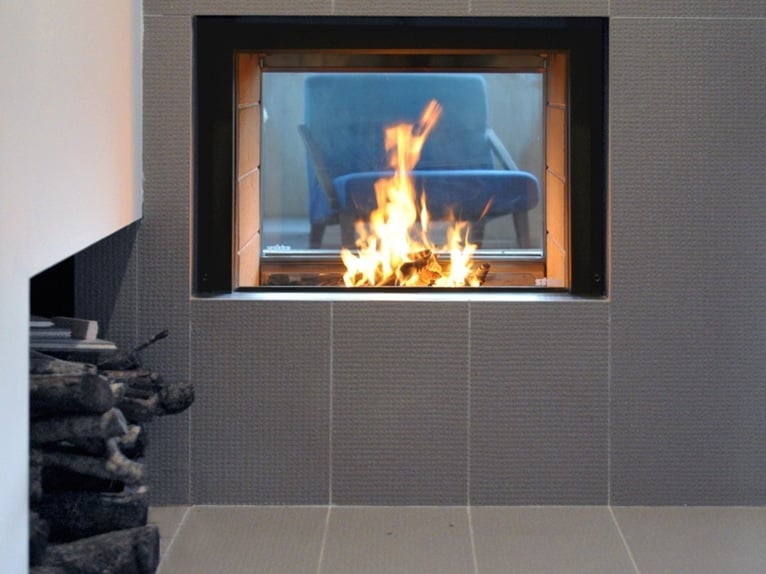 The special mention went to the project “Casa all'Eur” in Rome by Roman office “na3 - Studio di Architettura”, which saw the use of tiles from the company Mutina. The apartment, on two levels, sees the use of various sized tiles (from 120x120 to 30x30) and plays a not only decorative role, but one which is functional to the construction of boundaries and of volumes. 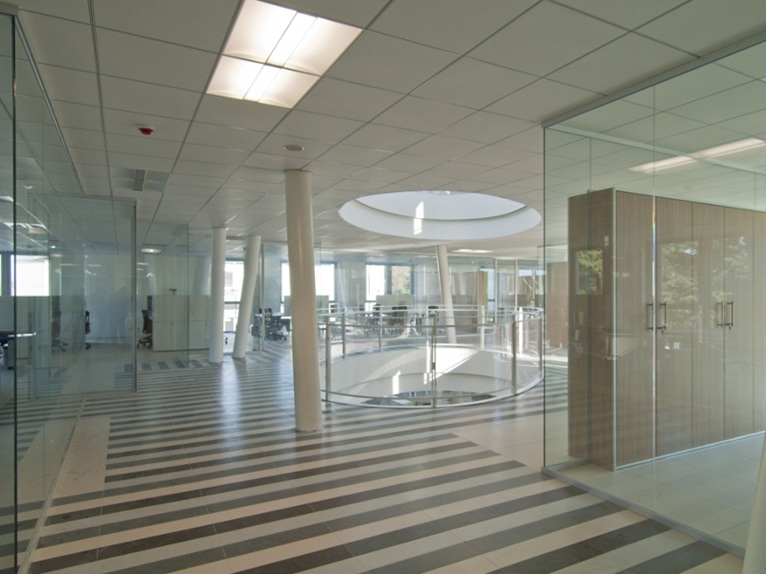 The winning project of the commercial category was the Cedacri Group Headquarter (Collecchio, Parma), by Studio Andrea Mambriani of Parma which used tiles of the companies Casalgrande- Padana and CeSi. An important building in size and articulation of space. Ceramic material strongly characterises all the architecture and it is clear how the ceramic surfaces are capable of speaking the language of stone and brick, respecting tradition and the latest technological innovations. 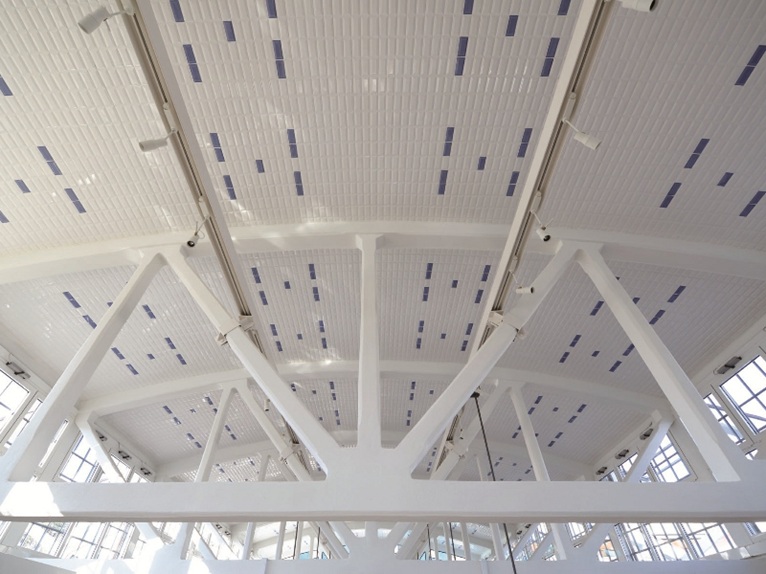 A special mention for the project “Accademia Panino Giusto” (Milan), by Giuseppe Leida with Etruria design tiles. A 42 metre-long vault covered with bevelled-edge tiles, capable both through their three-dimensional structure, and through the choice of colour to redesign and especially to allocate a new “cultural” function to spaces created for other activities. 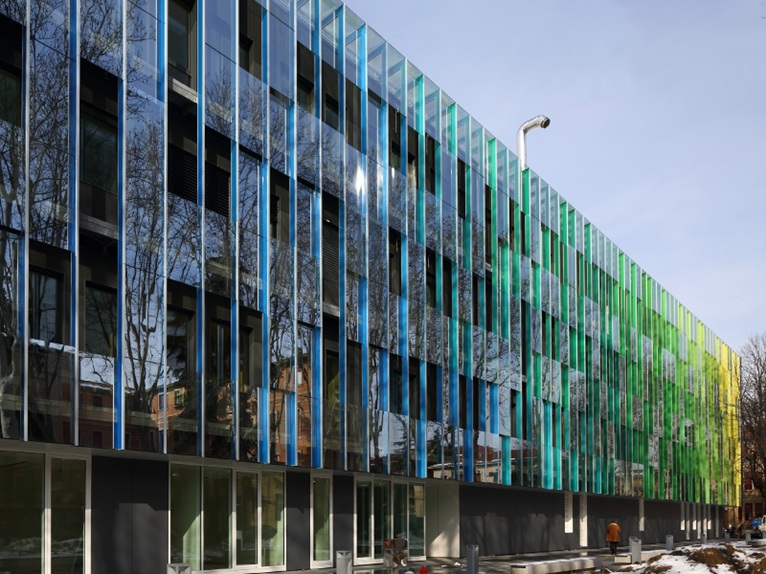 The institutional category was won by the Children's Hospital "Pietro Barilla" in Parma, designed by OBR Open Building Research and by Policreo Srl who used Cotto D'Este tiles. The project put ceramic material at the centre, developing all its performance, aesthetic and constructive qualities as well as possible at the service of a particular hospital. To ensure maximum hygiene of the environments, in the connections between the floor and the walls, a special “cove base” element has been designed, demonstrating that the flexibility of the material can solve constructive aspects, while respecting the harmony of the expressive language. 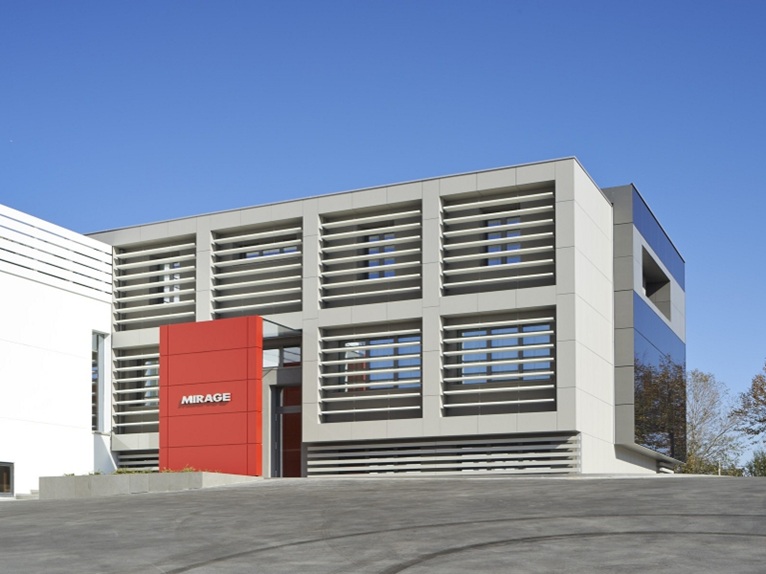 An honorable mention for the Restyling of the Mirage offices (Pavullo nel Frignano) created by Marazzi Architetti from Parma, which involved the use of Mirage tiles. The intervention is of great interest, as it made ceramics a sort of “manifesto” of some of its more specific and original constructive contributions for a good project: from the ventilated façades to integration with the photovoltaic problem, from the fine stoneware solar shading with different rectangular and square sections, to the floor of the outdoor areas, up to the ceramic cladding of the main staircase.