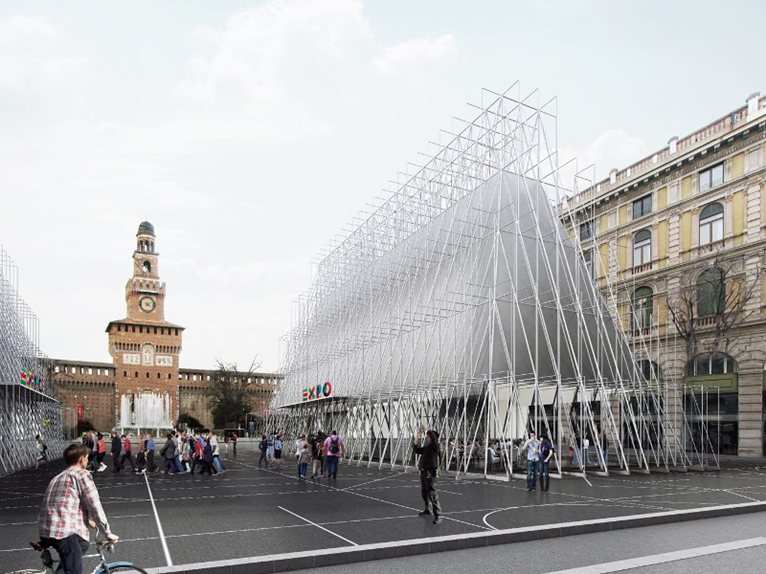 Expo Gate is the winning design of the competition for the Information point at Expo Milano 2015. The announcement was made on March 25th, at the Milan Triennale, by the Mayor and Special Commissioner for Expo Milano 2015 Giuliano Pisapia, the president of the Triennale Claudio De Albertis and CEO of Expo 2015 S.p.A. Giuseppe Sala. 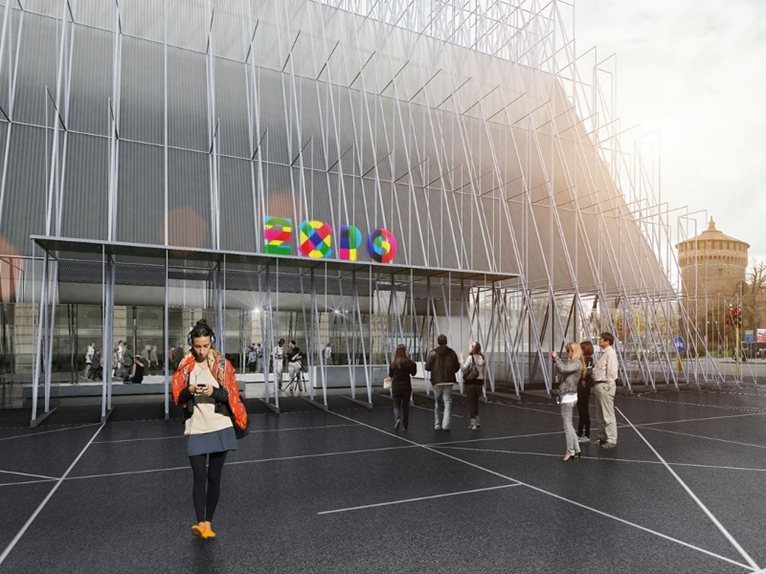 Appreciated for the harmony with which it joins to the monumental system of the Sforzesco Castle, Expo Gate, proposed by Scandurra Studio, will become the first information point of the Universal Exposition in Milan, world gateway to the opportunities and challenges posed by the theme “Feeding the Planet. Energy for Life.” The Information point will be created in Largo Cairoli (via Beltrami) and will be a meeting place to participate in events or discover the main developments that this important international event has in store.

Scandurra studio's project proposes “an open plate; the free ground is characterized by a central square and two booth-like side halls. A gateway to Expo that announces itself to the world, with a device that builds space and places, transformable and adaptable without it losing its strong identity. The outside structures are designed to accommodate different types of communication, images, banners, flags, bright graphics, can be changed periodically or build a temporary nature connoted differently over time.

This device will undergo continual change, the functions inside the halls will be established by giving a hierarchy to the spaces. At the centre of the two halls, an empty space will be the place for the more direct information. The work is intended to confirm the 19th century urban layout and clearly recall the pinpoint system of small monumental architectures present from the Castle and around Sempione Park, which has always had an exhibition vocation. 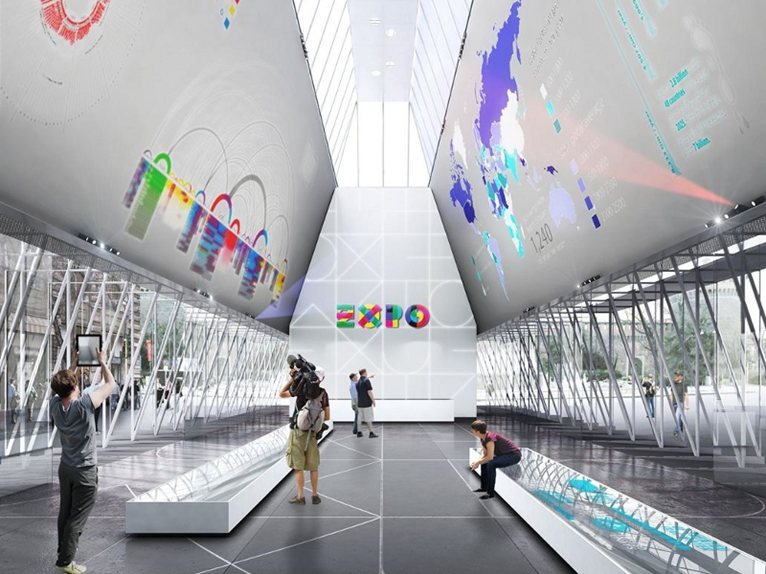 The flexibility and transparency of the work identifies the possibility of new and more direct communication systems and equipment, two large sail-screens will support continuous transmission of information in real time, the empty space at the centre of the work, the square supported by the exterior of the two halls and the open plan makes the use of the spaces proposed extremely adaptable.” 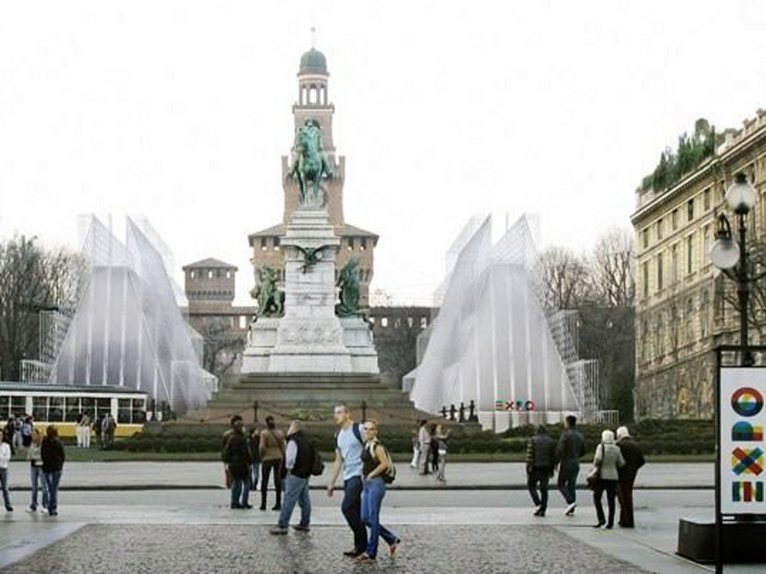 The invited competition to design the hall-temporary installation Infopoint 2015, launched by the Milan Triennale on behalf of Expo 2015 S.p.A., was answered by 25 architectural firms. The jury, made up amongst others of Vittorio Gregotti, declared the Expo Gate project as most deserving for the following reason: “The halls are lightweight and transparent and discreetly blend into the urban fabric by transmitting a highly symbolic value, respecting the visual telescope Sforzesco castle-Cordusio and recomposing the public space in a vital way. The construction system proposed, which uses elementary technologies, is relatively simple and it is interesting both from the point of view of sustainability and from that of the economy and of speed of realization. A formal and structural invention, a celebratory and representative work because, as Gio Ponti wrote: Representativeness must be living, full of imagination, recognizable in the parts making up an architecture. The representativeness characterizes the construction, wisely taking it to that universal understanding, to that communication that is one of the terms of the existence of art.”