COMPETITION _  CityVision Competitions  is an annual architectural contest that invites architects, designers, students, artists and creatives world-wide to develop urban and visionary proposals with the aim of stimulating new ideas for the future of our cities.

All through innovative ideas and methodologies that can improve the connection between the historical, contemporary and future city vocation, thus promoting a positive evolution of the critical architectural historiography. 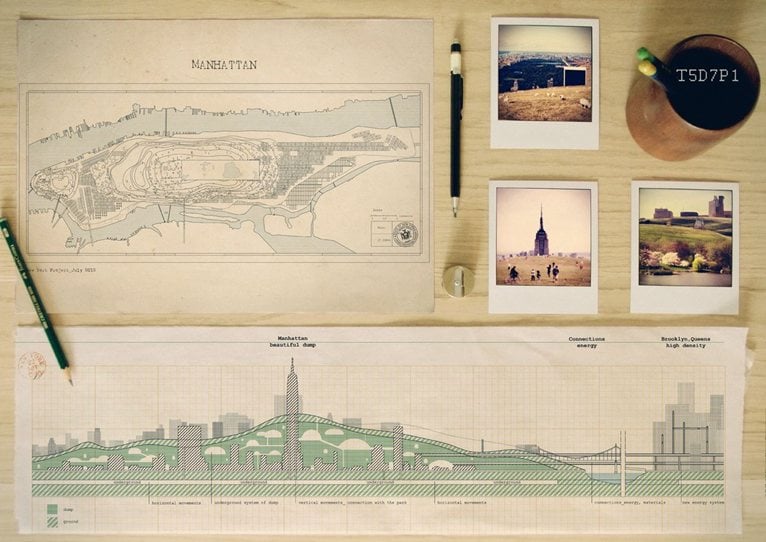 The issue 8 of CityVision Magazine is a special edition. In its pages the new annual theme of Cityvision entitled Sick & Wonder (Wonder and Disgust) that will accompany its programming for the entire 2013.

Sick & Wonder is now looking for new models of cities that arise from the analysis, resolution and possible subversion of the conflict between the city and man and, in a broader view, between evil and good.
We are, in fact, living in a time on the border of human history in which the city and society in general, are changing rapidly in the presence of a man that is deeply confused and that is only just becoming aware of the new evolutionary direction he has to take.
This situation triggers a process of estrangement and alienation, in one word, of disgust, in which the human being tries to desperately hang on to his humanity thus absorbing the effects of the excruciating struggle between good and evil.

The purpose of Sick & Wonder, is to propose a radical change of perspective: to support a new model of normality, through the instrument of wonder, or a diametrically opposed view to that which has always been the custom for us, so creating a fracture in the DNA of an improper society, making sure that this is the exception to the “rule.”

Through the identification of the founding components of the cities and the subversion of models that are far too consolidated like politics, religion, economy etc the evolutionary consciousness of the human being will generate new unexpectedly wonderful dynamics.
In this situation the citizen is like a child, he captures the charm of his city with wonder and disgust generating new facets, as its becoming a sort of “Matrix”, a “global novel” like a noir in which ideals fade and nothing sacred remains.

The Rio de Janeiro ideas will be judged by an international jury which will have as president of the jury Alejandro Zaera Polo and again Jeffrey Inaba, Jeroen Koolhaas, Hernan Diaz Alonso and Cristiano Toraldo Di Francia, all of whom are distingueshed by the large experimentation willingness in their work.

Rio CityVision Competition awards the winner with € 3.000 and includes a Farm Prize of € 1.000 and six Honorable Mentions, during the winning ceremony in October 2013, which include an exhibition of the projects selected.