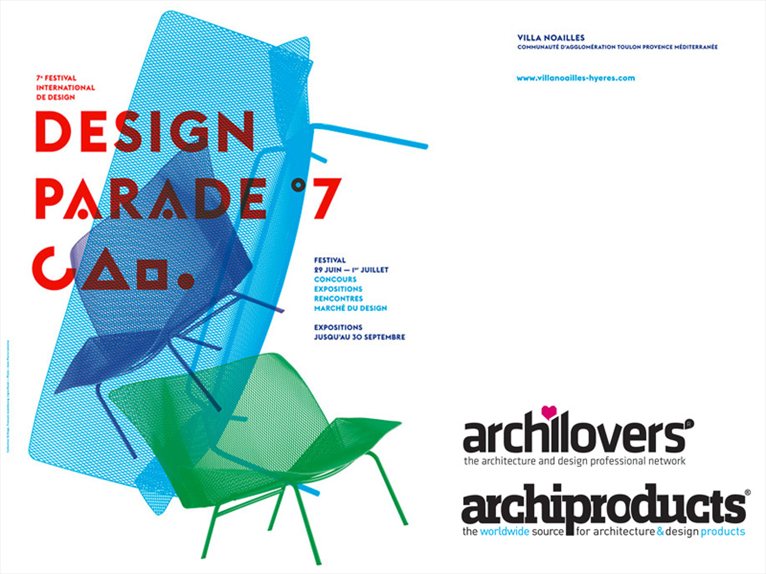 The 7th Edition of the Design Festival Design Parade has just finished in villa Noailles, in the South of France, although the exhibitions remain open until September 30th.

The highlight of the event was the international design competition in which 10 young designers took part. They had been selected in May by the Jury chaired by Parisian industrial designer François Azambourg, famous for his furniture and furnishing items as well as his street furniture and lighting.

The jury awarded the Grand Prix to Julie Richoz for her two series Arrotolare and Bouleau. The first is a three piece desk tidy set which can be left standing or lying to reveal their contents. They are simple objects based on a sheet of bent and cut metal sealed with a plastic stopper.

The bouleau series, as the name suggests (bouleau is French for birch wood) is made of birch plywood with an aluminium base. It is inspired by the metal industrial chuck with its crenelated form athough the material used its lighter. Once again the series provides office objects with a waste paper bin and desk tray. 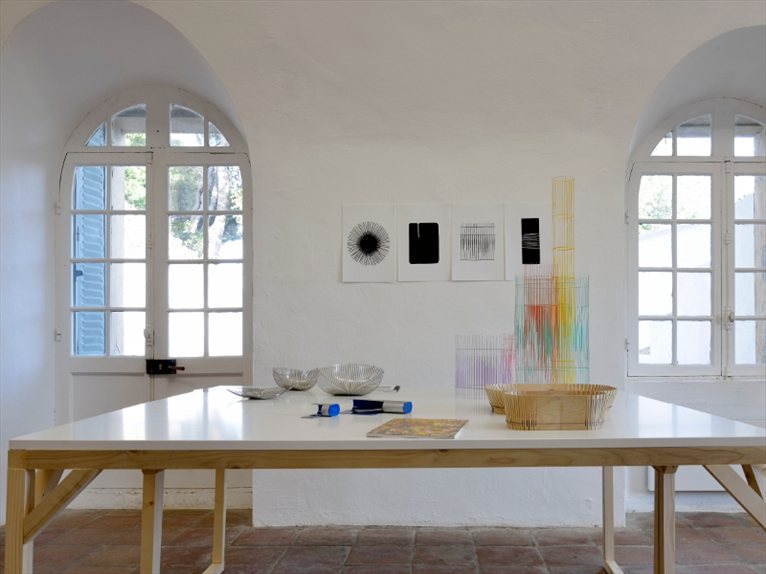 Julie wins two residency scholarships, one at the Sèvres - Cité de la céramique which encompasses the national museum of ceramic art and the national ceramic art factory, the other at the CIRVA (International center of research on glass and arts) in Marseille. She will also receive a grant from Galerie kreo in Paris, a 'research laboratory' dedicated to artistic exploration in design, to develop a personal design project, as well as a collaboration with Madrid designer manufacturers PCM.

The other prize, voted by the audience present during the festival’s three days, went to French designer Marc Sarrazin, whose concept of design is one in which our relationship with objects is taken into account. He believes that the traditional function attributed to objects has potential articulations, so all objects should be considered in unexpected ways. He has already collaborated with furniture and accessories manufacturer Petite Friture with his Moire polyester lamp. Marc has also produced another lamp called A poils with bristles which not only hide the technical elements of the lamps while allowing the light to shine through, but also provide support for the lamp to be placed vertically because the bristles are both flexible but rigid. The lamp can also be placed horizontally. This lamp is manufactured by Ligne Roset. Another element which Marc loves is time, he has produced a series of clocks called rêveils for the different moments of sleep, the first Rêveil 01 for the early period of sleep which reads a book covering the time to help you fall asleep, the second Rêveil 02 during the REM period of paradoxical sleep when the brain activity is similar to that of the waking hours, a clock whose figures disintegrate when tapped so that if you wake up you don't have to see the time, but in the morning recompose to generate a chiming bell and Rêveil 03 for waking up which records the sounds of the day and reproduces them the morning after. 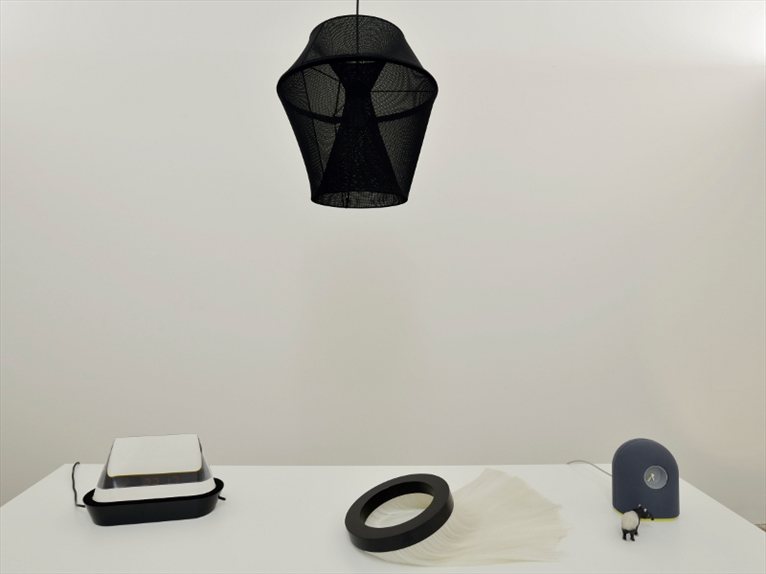 A bright future awaits both winners as does it for the other young designers selected by the panel of judges like: Sibylle Delclaux with her ingeneous use of materials like porcelain, gold and wood in her Ageless Objects in which what seems like a tray with cups and saucers becomes a loudspeaker for an ipod, or what looks like a porcelain pendulum is actually a light switch exploiting the electrical conductivity of gold enamel.