Titanic Belfast (eng) ENG - Titanic Belfast opened its doors to the world on 31st March, 2012. The world’s largest ever Titanic-themed visitor attraction and Northern Ireland’s largest tourism project, Titanic Belfast is the result of a successful collaboration between the Concept Design Architects CivicArts/Eric R Kuhne & Associates and the Lead Consultant/Architect Todd Architects. Located in Belfast, Northern Ireland, on the site where the famous ship was designed and built, Titanic Belfast’s six-floors feature nine interpretive and interactive galleries designed by Event Communications that explore the sights, sounds, smells and stories of Titanic, as well as the city and people that crafted her, the passengers who sailed on her and the scientists who found her. The building will also house temporary exhibits, a 1,000-seat banqueting suite, education and community facilities, catering and retail space and a basement car park. CivicArts/Eric R Kuhne & Associates and Todd Architects have worked together with Harcourt Construction and a range of other partners to ensure the successful completion of Belfast’s newest landmark. Harcourt Developments engaged CivicArts / Eric R Kuhne & Associates as master planners for the Titanic Quarter site in 2005, with the aim of transforming Queen’s Island into a dynamic new waterfront. The master plan for Titanic Quarter seeks to create a 21st century centrepiece for Belfast, combining retail, residential, business and cultural elements, all spliced together with public parks, promenades and gardens. Titanic Belfast was conceived as the cultural lynch pin of the scheme, giving a form to the wish for a focal point to unite the site’s various heritage elements. Having first investigated options for recreating Titanic at various scales, it was decided to design an entirely original structure that could also convey the wider narrative of Belfast, its industries and its people. Todd Architects were commissioned to begin working with CivicArts in August 2008, and together they submitted the detailed scheme for planning consent. The local Northern Irish practice went on to oversee one of the most ambitious and challenging construction programmes in the UK and Ireland. The 14,000 sq m building took three years to complete – the same length of time as Titanic itself – and is designed with the potential capacity to accommodate up to one million visitors annually.
55 users love this project 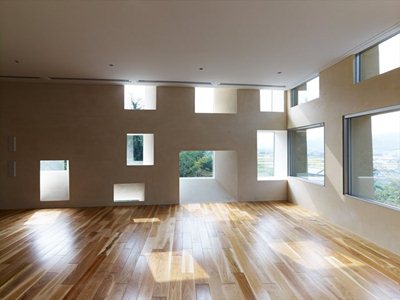 Shortlist for the Leaf Awards 2012 revealed 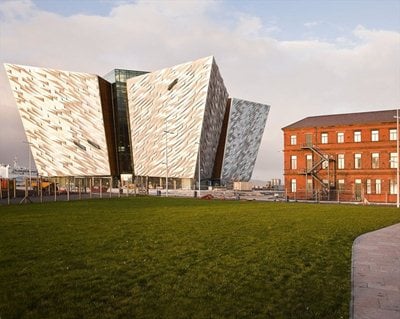