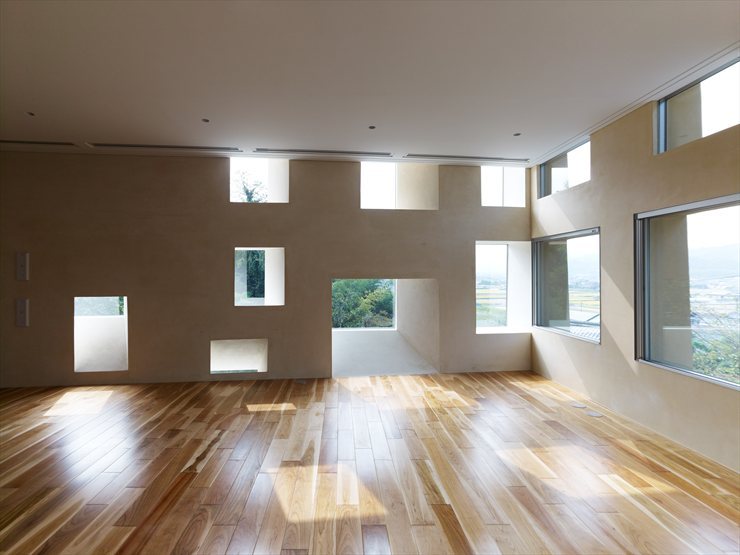 The Emirates Glass LEAF Awards 2012, which will be taking place in London on 21st September, has just revealed the official shortlist of the projects indicated in this edition. This year prizes will be awarded for 9 different categories of architecture, as well as a special award for the overall winner and a new award for lifetime achievement.

This year Archilovers, Archiproducts and Archiportale are delighted to be associated with the event which celebrates the best of global architecture as media partners, so let's take a stroll through the awards categories:

The first category is Mixed – Use Building of the year including Steven Holl Architects' Daeyang Gallery and House which we talked about earlier this month. Residential Building of the Year (single occupancy)/Residential Building of the Year (multiple occupancy) include Marcio Kogan's single occupancy Cobogó house in Sao Paulo Brazil which we talked about a few days ago and Turkish firm Tabanlioglu Architects' multiple occupancy Loft Gardens in Istanbul, with its 82 various sized apartments equipped with energy efficient windows and a vertical garden. Then there is Commercial Building of the year for which we point out WOW Architects' Vivanta by Taj - Hotel & Resorts in Bangalore India with its pixellated concrete and glass design. One of the candidates for the International Interior Design Award is Kay Elliott's reproduction of the interiors of the Titanic at the Titanic Belfast museum. The Refurbishment of the year category includes Hugh Broughton Architects' refurbishment of the Maidstone Museum East Wing with its translucent skin and wooden brise soleil. The Young Architect of the year award will be a particularly hard fought contest with one of the candidates being Japanese architect Zai Shirakawa with his firm's Enbutsu-do - Eifuku-ji Temple which stands out for its particular obliquely cut windows. In the category Public Building of the year, which includes museums, universities, hotels, sports facilities, bars, as well as numerous other public buildings, we have selected Studio Daniel Libeskind's Dresden Museum of Military History, now Germany's largest museum, for its bold design which interrupts the original building's symmetry with a five-storey wedge of concrete and steel. For Best Sustainable Development, which focuses on how well the building integrates and enhances its environment, we highlight Paolo Verducci's Archimede Solar Energy - New HQ, in Massa Martana Italy which blends seamlessly into the rolling hills while incorporating solutions such as hybrid passive/active ventilation systems, natural lighting, and using a selection of low-impact materials. The final category is Best Future Building. This is a new award this year, which celebrates innovative thinking and we have selected 3XN Architects' Green School Stockholm, a school that educates about growing food locally in an on-site productive greenhouse, and by creating a multitude of green exterior public spaces to enjoy. It illustrates a full lifetime of sustainable living.