Studio Daniel Libeskind unveiled the design for the  Vanke Pavilion for Milan Expo 2015. Mayor Giuliano Pisapia, and  Liao Juhua, Consul General for China in Milan, join Vanke’s  Chairman of the Board, Wang Shi and Expo Director Giuspeppe Sala  at the Palazzo Marino to present the design for Vanke’s first  overseas pavilion for Expo 2015.

“The staggering rate of the cities’ growth does in fact put us in the condition of having to face the risk of  social disintegration, where the principal of solidarity slowly fades away and individuals, prey to anonymity,  survive in a crescendo of solitude. This is why Vanke chose “Shitang” as the theme for its pavilion, a  traditional Chinese social structure that lives on today in contemporary society under various forms,  representing a possibility to socialize in a healthy, tranquil environment,” said Wang Shi, the Vanke  chairman.
The concept for the pavilion was inspired by traditional Chinese landscape painting—rock formations, rice  fields, and prehistoric outcrops. The pavilion aims to tell the story of civilization, technology and the 21st  Century as well as offer a space for reflection and celebration of different cultures.

“For the Vanke Pavilion, I wanted to create a jewel—a place where people could gather, explore and  experience something very Chinese and modern,” said Daniel Libeskind. “I drew from a spectrum of sources  for the design—from the ancient writings of Confucius and Lao Zi to works from the Renaissance—with the  goal of creating connections between many cultures,” adds Libeskind.

Situated on the edge of the Lake Arena, 1000-square meter pavilion appears to rise from the east forming a  dynamic vertical landscape. The design features a sinuous geometrical pattern that flows between inside and outside. The red serpentine form carves an opening up the middle to a grand staircase clad in a white  mosaic tile. A roof-top observation desk will provide stunning views of the lake and near-by Italian pavilion.

The pavilion is clad in an innovative three-dimensional red metalized tile that Libeskind designed with the  Italian company Casalgrande Padana, the geometric ceramic panels not only create an expressive pattern,  but they possess highly sustainable self-cleaning and air purification properties. Inside visitors encounter a constellation of more than 300 screens mounted on a matrix of bamboo  armatures. Short films weave throughout the series of screens capturing a glimpse into the everyday  life of ordinary Chinese citizens expressing the importance of the Shitang in their daily lives.
Each short film will loop at different intervals exploring the elements of Chinese culinary customs and  everyday objects such as a cookbooks, table wear, and chopsticks. Chinese contemporary designer Han  Jiaying gives these objects new life by rendering them in bold freehand brushstrokes and using folk  handwriting to narrate the stories replayed in the films.

Founded in 1984, Vanke is China’s largest residential real estate company, listed on the Shenzen Stock  Exchange. With a turnover worth 2.3 billion dollars at March 2014, Vanke provides over half a million  housing units and management services to 1.5 million Chinese.
Vanke believes that the cornerstone of its success is the commitment to ethical business conduct and  obtaining fair returns with professional competence. Devoted to a corporate culture featuring  standardization and transparency and a development pattern featuring steadiness and focus, Vanke has  grown into an enterprise most respected by the public and most popular among customers, investors,  employees and partners. Thanks to its excellent performance in corporate governance and ethics, Vanke  has been honored as one of “China’s Most Respected Companies” for eight consecutive times. 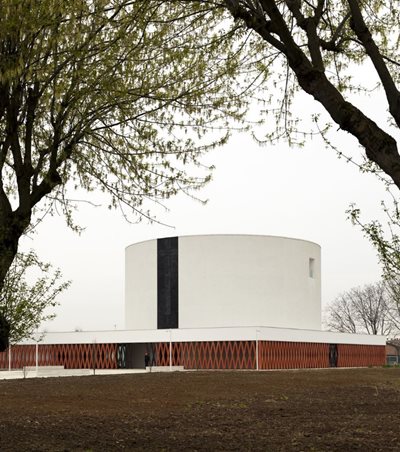 A trip between Italy and Spain, history and innovation, art and industry
Draft 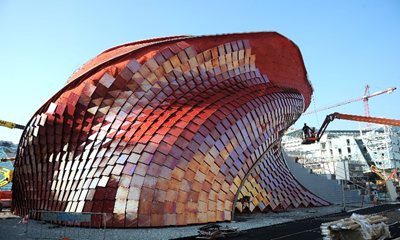