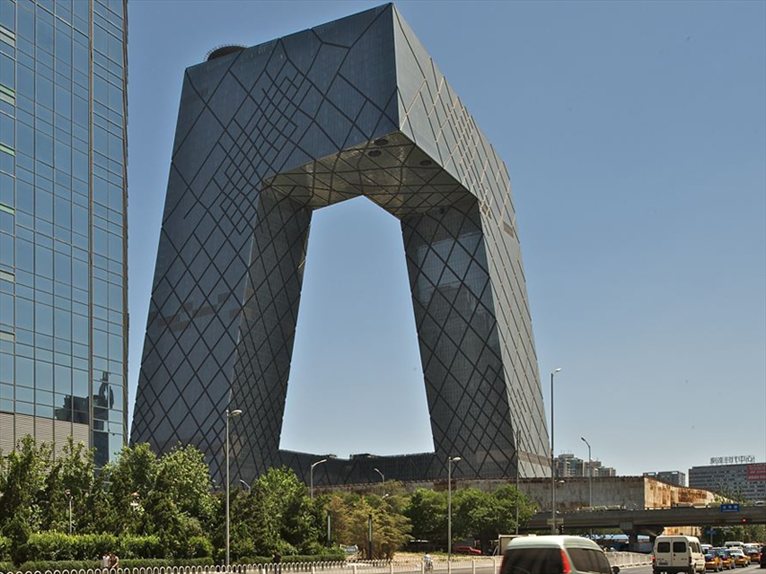 The completion of the CCTV – HEADQUARTERS in Beijing was announced on 16th May. Dutch architectural office O.M.A. completed the work after eight long years of construction. The 473,000 square metre building, which represents OMA's biggest ever project and their first in China, consists of two large upside-down L-shaped buildings which merge in a 75 metre long right angled cantilever.

The project supervised by Rem Koolhaas and Ole Scheeren, has been designed to become an important media hub and one of the biggest in the world, as well as a new icon of vertical architecture: the structure will include recording studios, cutting rooms, production centres, offices, while the area adjacent to the main building will house a hotel, a theatre and exhibition spaces.

Having won the competition for the new headquarters of CCTV, organised by Beijing International Tendering Co. in 2002, OMA started work in September 2004 with the support of ARUP, responsible for the engineering project, and the local institute ECADI (East China Architectural Design & Research Institute).

The unusual three-dimensional form of the skyscraper, which reaches 230 metres of height, had to also satisfy rigid anti seismic criteria because it is located in a high seismic risk area: the two large volumes, leaning towards one another, have been surrounded by a web of compressed diagonal elements, with an alternation of horizontal and vertical sections to improve the seismic behaviour.

The construction of the CCTV headquarters comes within a scenario of contemporary architecture which is filling the city of Beijing with a series of international buildings like Herzog & De Meuron Architekten's famous Beijing Olympic Stadium, Paul Andreu's new National Grand Theatre and Norman Foster's Beijing International Airport.