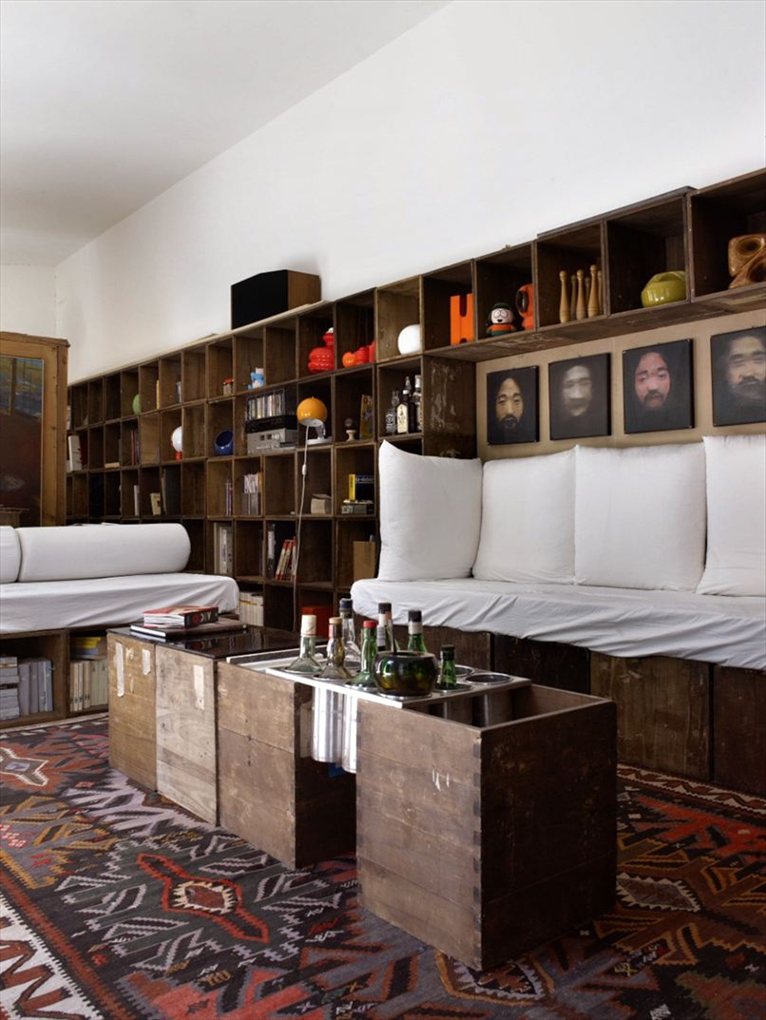 First a nineteenth century dyeworks, then a 1950's joinery, Box House is now the loft apartment of an architect who has made the mixture of modern and ancient his own principal language. Alessandro Capellarois a partner of b-arch architecture office along with Sabrina Bignami, and has always been interested in proposing the integration of contemporary languages in historical contexts. The challenge accepted by the architect, who fell in love with this old joinery at first sight, decided to buy it and then turn it into his home, was to understand the potential of an area which had a completely different look and to revisit it in a modern style, adapting it to his own tastes and way of life, while preserving the charm of its atmosphere and its historical essence. “Behind the belt saws and the planes submerged by wood, I could see an open house, free from conventions and full of memories.”

The work focussed on freeing the rooms, eliminating excess dividing walls and obtaining a few big and luminous environments, also by replacing the small windows, with barrelled ground to ceiling ones. The memory of the old joinery is, however, not betrayed, but re-evoked in a new, original and ironic way in the particular furnishing that is the true protagonist of the house: three hundred wooden boxes, authentic but no longer used ballot boxes, are spread out all over the rooms, used as either innovative wooden panelling in the dining room, or a tabletop in the kitchen but also as bedside table, sofa, writing desk and even a bed. The architect bought them en bloc in an auction, foreseeing their creative potential of being turned into shelves, or constructive elements on which his furniture could be designed.

The natural shades of wood can also be seen in the industrial wooden flooring which is used in all the rooms, and are maintained even when this material is mixed with others like concrete, which  highlights soft and natural atmospheres or iron, originally used to clad the bathroom. The colourful design pieces surrounding the architect and collected over the years or made by  himself, like the vintage lamps, paintings and vases provide an even more charming contrast. In the dining room the 60's table and armchair are Robin Day ones; at the entrance there are  “objects trouvé” coming directly from the street, like the operating room lamp. Items from personal history communicate with recovered objects which restore the memory of Italy and create a fresh and at the same time lived-in atmosphere, the ideal blend for a contemporary loft in the heart of the historical fabric of Florence.