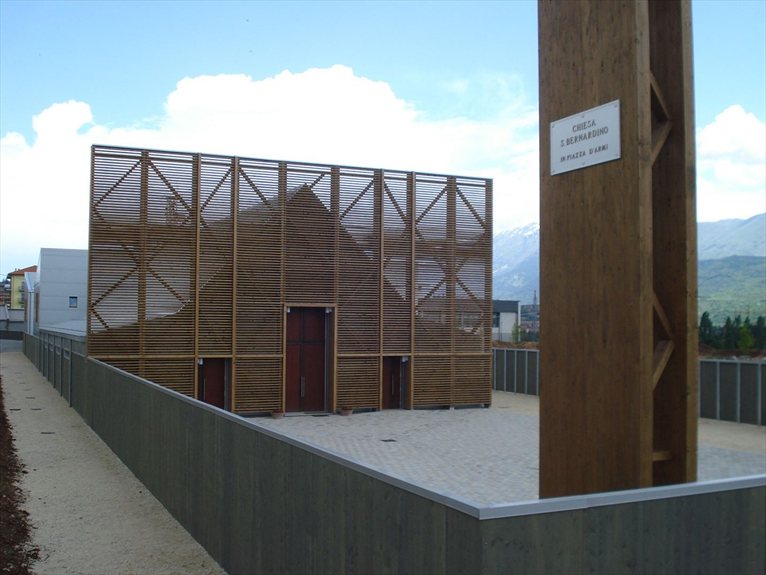 Three years after the earthquake which hit Aquila, while considerations and analyses about what has been done or not been done in terms of helping the people and activities, we will try to take stock of the situation regarding the architecture created in the emergency and on that planned for the future.

While the old town centre is still largely occupied by rubble and the city's inhabitants are slowly but reluctantly getting used to the profile of the new districts, architecture is finding it difficult to get over the emergency and the big projects have only partially been completed.

Antonio Citterio Patricia Viel and Partners' Church of San Bernardino was the first important public work after the earthquake. This project was the result of a competition called a few days after the earthquake as a temporary replacement for the great Basilica of the old town, the fifteenth century church whose apse and belfry were seriously damaged.

The church, which was inaugurated exactly a year after the earthquake, was built in record time, just over sixty days, and following the most rigid anti-seismic and eco-sustainable techniques. The church is entirely made of wooden and steel prefabricated modules that can be removed and recycled.

A work which rightly attracted a great deal of attention but then disappeared from the news was the Aquila Temporary Hall designed by Shigeru Ban and created with the support of the Japanese Government. Unfortunately, because of the rigid Italian laws, the project could not be developed according to the original project which envisaged supporting walls and pillars made with cardboard pipes, elements which characterise the recent work of the Japanese architect. The building's structure, on the other hand, consists of a steel frame, filled with bags of sand to keep the idea of a completely “dry” construction. 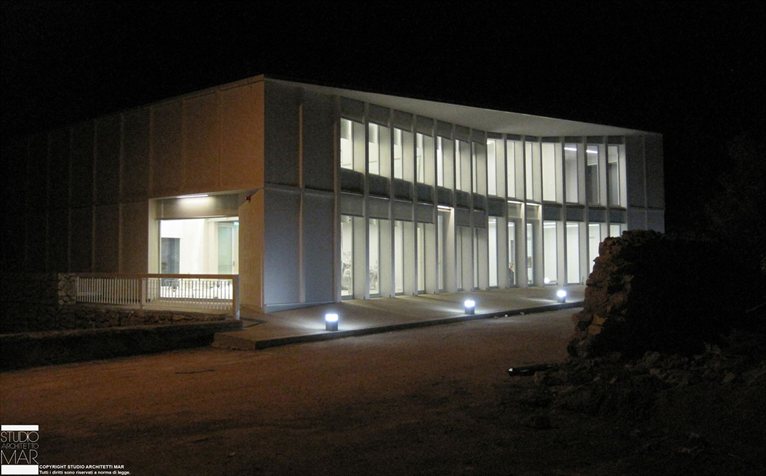 Near Aquila, in one of the most seriously damaged places, Onna, the new village hall called Casa Onna has been built. The building, which was designed free of charge by Giovanna Mar, from the Architectural office Mar of Venice, was completed thanks to funds donated by the German Embassy and by numerous private German groups.

The reason for the special interest of Germany in this hamlet can be found in its history: in 1944 Onna was the scene of a Nazi massacre, where 17 civilians were killed, today's help intends to provide a small contribution to writing a new page.

Casa Onna was designed as a meeting place for the whole community: a welcoming and safe place, designed with state-of-the-art anti-seismic technologies so that this hamlet, almost completely wiped of the map in the earthquake, is not definitively abandoned. 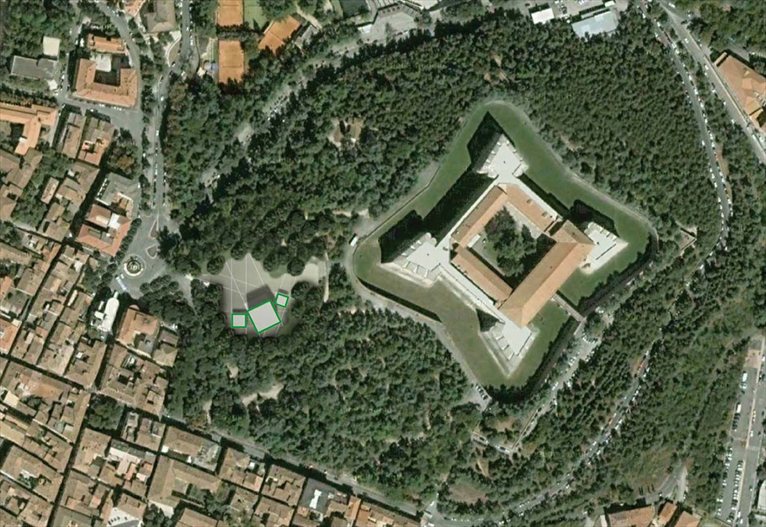 In the meantime discussions on Aquila's temporary Auditorium designed by Renzo Piano and financed with 6.7 million Euro from the autonomous province of Trento inside the Castle grounds are still ongoing, maybe for political reasons.

The project assumes a particular symbolic value because it touches on the former red zone and would come within one of the few points of the old town where re-appropriation has already taken place, one of the entrance gates to the future of the old town centre.

Also by virtue of the external wooden cladding, which is common to many musical instruments, Renzo Piano loves to define his project “a large Stradivarius lounging in the park”.

A glimpse of the future of the city is offered by the Competition for the Piazza d’Armi urban park, entries for which close on 26th April. This could provide an opportunity for rethinking an important part of the city's future in the area which housed one of the big temporary camps for the homeless earthquake survivors. Aquila still needs a great deal of help but above all many good ideas.