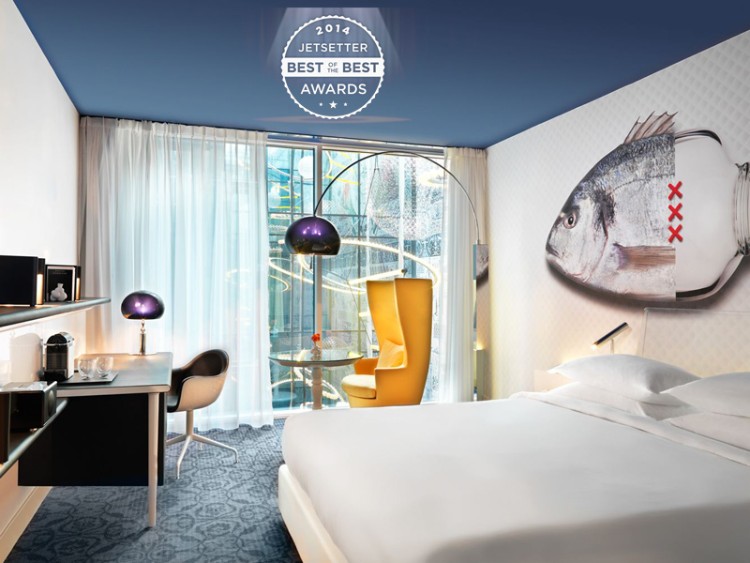 Jetsetter, the community of travellers that provides insider access, expert knowledge and exclusive deals on the world’s greatest vacations, has announced the winners of its first ever Best of the Best Hotel Awards.

The world's leading luxury travel site, which was acquired by the TripAdvisor group in 2013, selects hotels all around the world worthy or receiving the “Jetsetter Verified stamp” meaning that one of the correspondents - over 200 journalists from the world’s top travel publications - has stayed at the property and confirmed it meets their standards. They test all the things that the standard traveller doesn't usually take into account: the bed, the shower pressure, the concierge’s local knowledge, the cocktails and if a hotel isn’t up to scratch I won’t be on the “Jetsetter Verified” list. 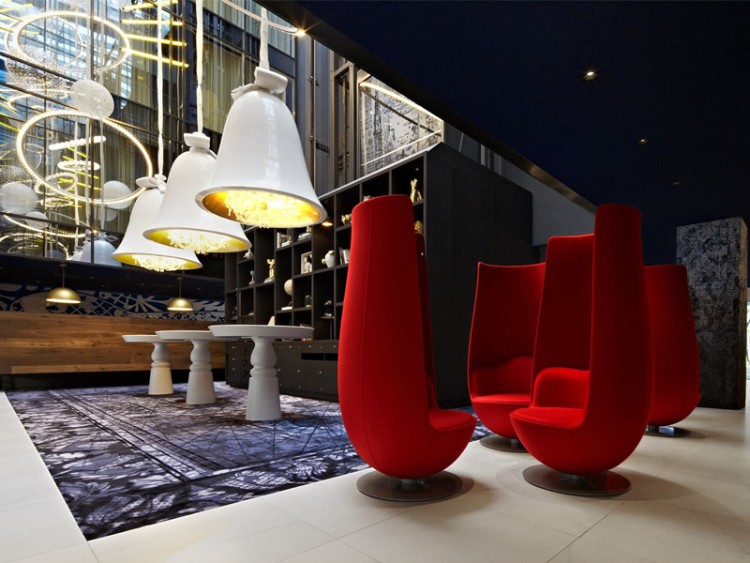 This is why the awards are the "Best of the Best" – they are issued to hotels that not only meet with Jetsetter's rigorous quality standards, but also, according to Managing Editor Leigh Crandall, "capture the style, sense of place and outstanding experience that makes a Jetsetter hotel the best in a given destination." Amongst the 2,500 Jetsetter Verified hotels these fifteen have been selected as winners of the award categories: 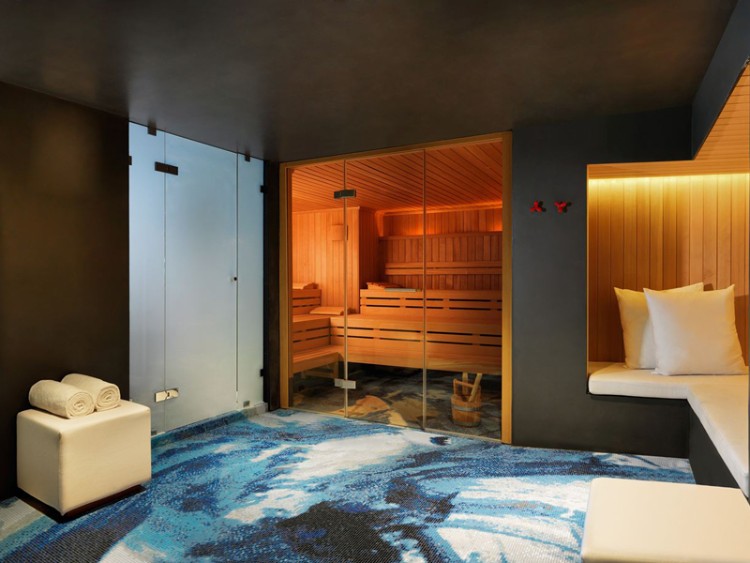 The Andaz Amsterdam Prinsengracht won in the category 'Best Design Hotel'. The interior design curated by Marcel Wanders reflects a modern and adventurous view of Dutch history and local culture. Every guest room door number is hand painted in traditional Dutch house style, giving the feeling of returning to your apartment at the end of the day. The furniture and textiles, carpets and wallpapers are custom designed, and every piece tells a story. In Marcel's own words, "As a designer, I always try to design things with personality and character. I even hand painted each wash basin in my one minute style myself! They are all unique. The Andaz is my gift to Amsterdam!" 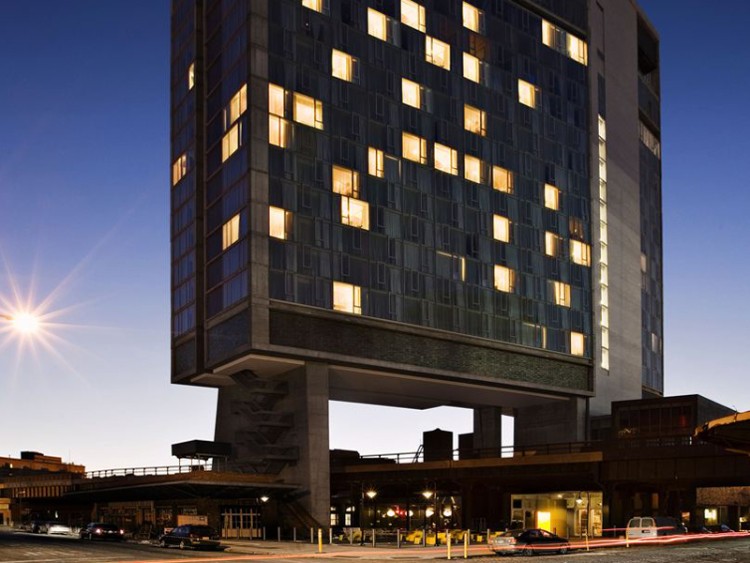 The award for the best nightlife went to Standard Hotel New York designed by Ennead Architects LLP. The building is elevated above the street and straddles the High Line, an abandoned section of a 75-year-old elevated railroad line, which passes over the buildings of the district. 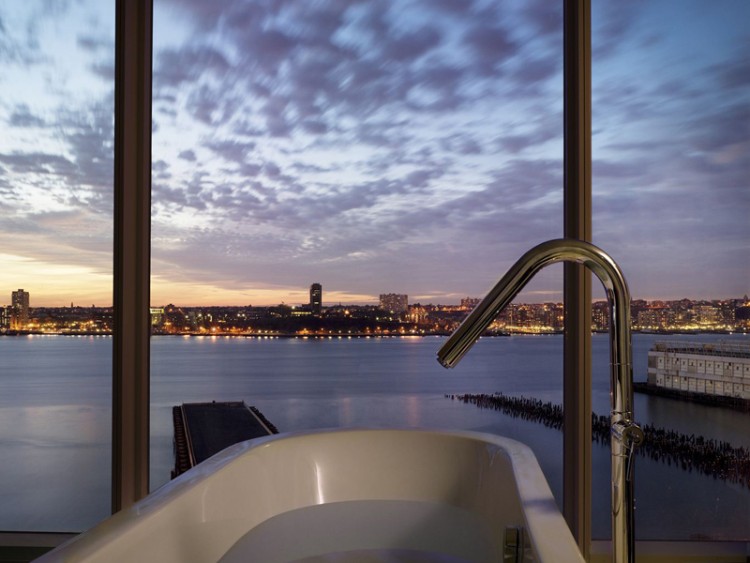 It won the Best nightlife award for its always mobbed biergarten and its ever popular Standard Grill restaurant, but especially for the gilded Top of the Standard (better known as the Boom Boom Room) and the indoor/outdoor Le Bain, where there’s a plunge pool on the dance floor and sundowners come with unmatched 360-degree views of the city. 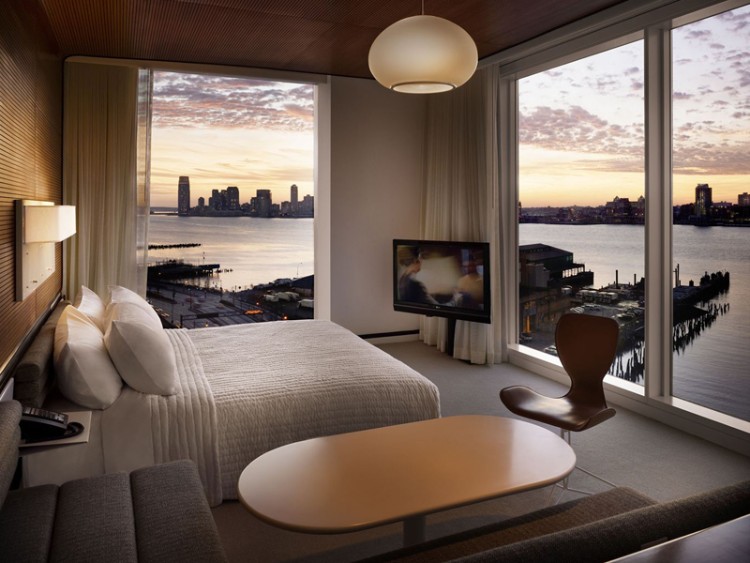 This award comes reasonably hot on the heels of the Institute Honour Award it received from the American Institute of Architects in 2012 for its architecture which “blends seamlessly with the fabric of the surrounding neighborhood. The goal for transparency and openness successfully drives design and detailing decisions. There is clarity in the choice and articulation of materials and a sense of restraint, though the end result is one of high visual impact.” 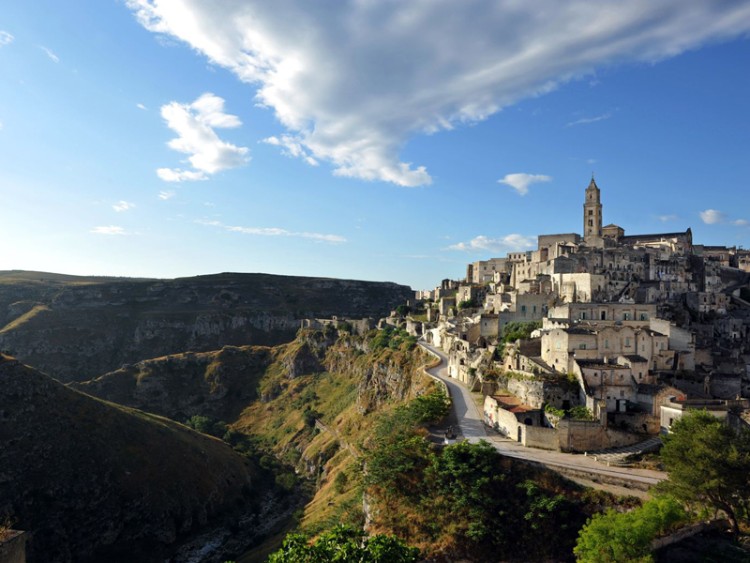 The Most romantic of the best hotels went to one of our editorial office's favourites Sextantio Le Grotte della Civita designed by SPA-PROGETTI. The unique location of Le Grotte della Civita, loosly translated as in English as the Town Caves, set in the Unesco-listed town of Matera, Italy, enhances its romantic nature. 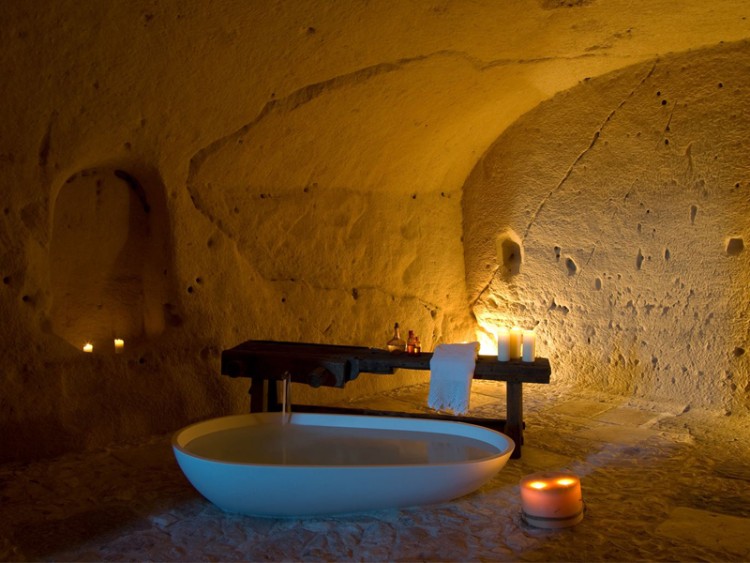 This 13th-century cave hotel overlooking the Sassi di Matera archaeological park has been inhabited since prehistoric times, these remarkable underground spaces include rock-hewn churches and many half-carved, half-built dwellings looking out onto the arresting Gravina gorge. 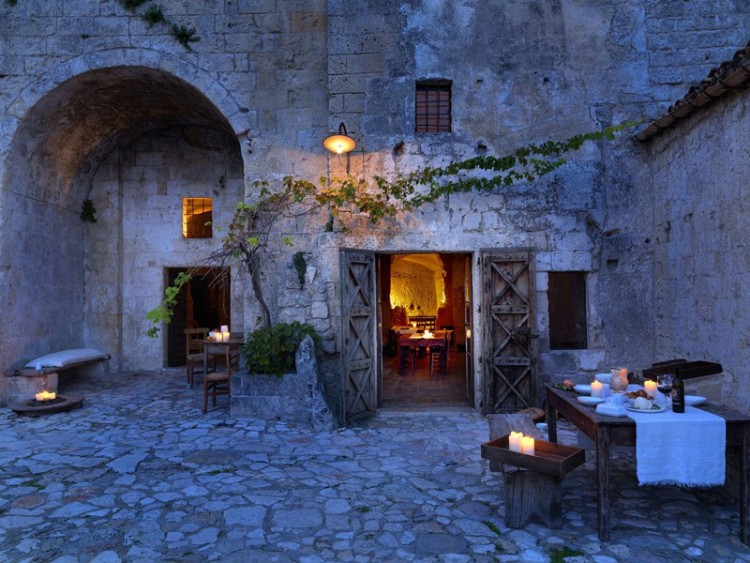 It tops the romance list for its simple charms: candlelit bedrooms, natural terraces, cooking lessons and a trickling stream soundtrack. 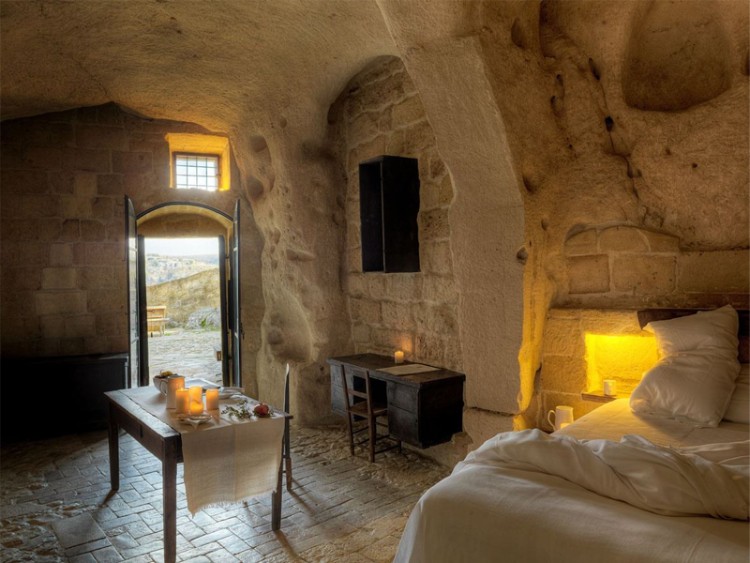 Philippe Starck's Mama Shelter Istanbul of course won the award for Best style steal, these trendy hotels in France and now also in Istanbul stand out for their winning blend of cool swagger and comfort, but also for their sense of humour, even the Mama Shelter website greets you with two Turkey legs! 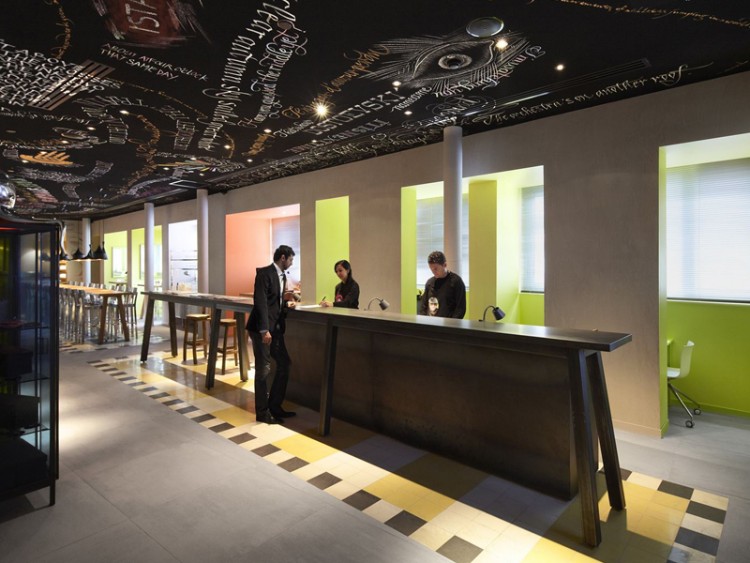 Starck’s design stands out throughout the hotel. The reception area on the fourth floor leads into a huge, open-plan public space of lounge, bar, pizzeria, restaurant, open-plan kitchen, performance area and terrace. 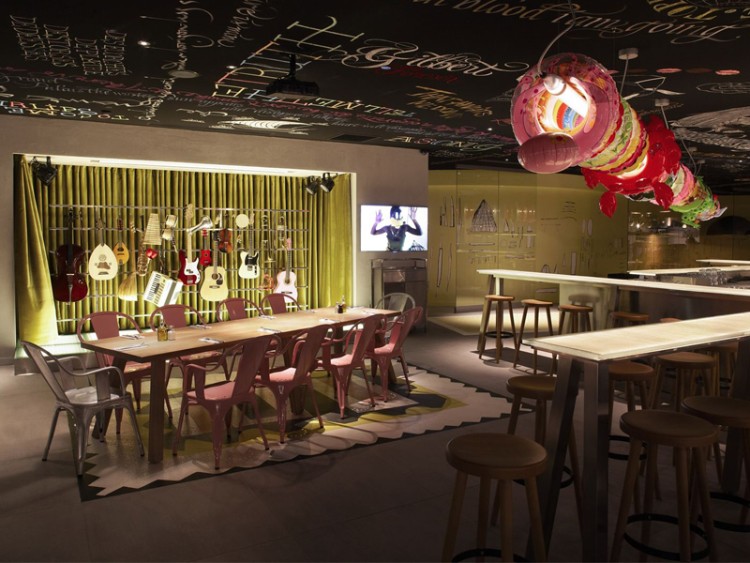 The ceiling of this area is like an enormous blackboard and two graffiti artists have been let loose with chalk. The strip lights above the island bar are covered with inflatable rubber rings, the small stage is decorated with a selection of guitars and local instruments and screens dotted around the walls show unusual images. 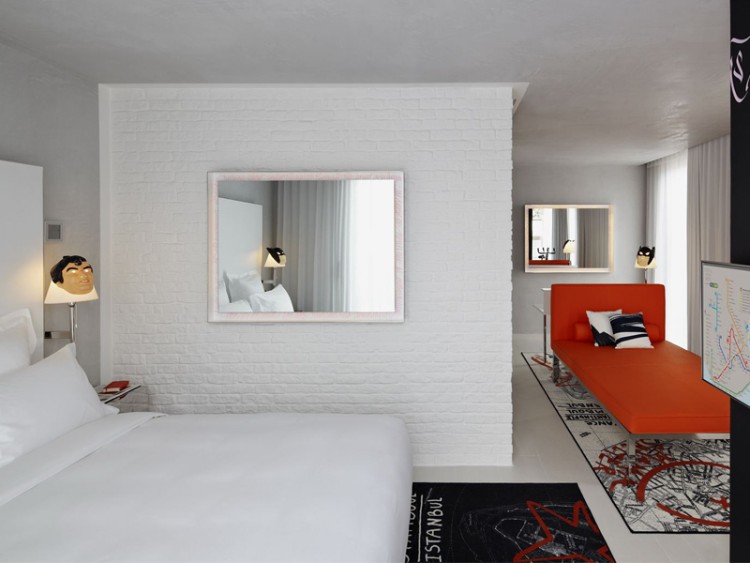