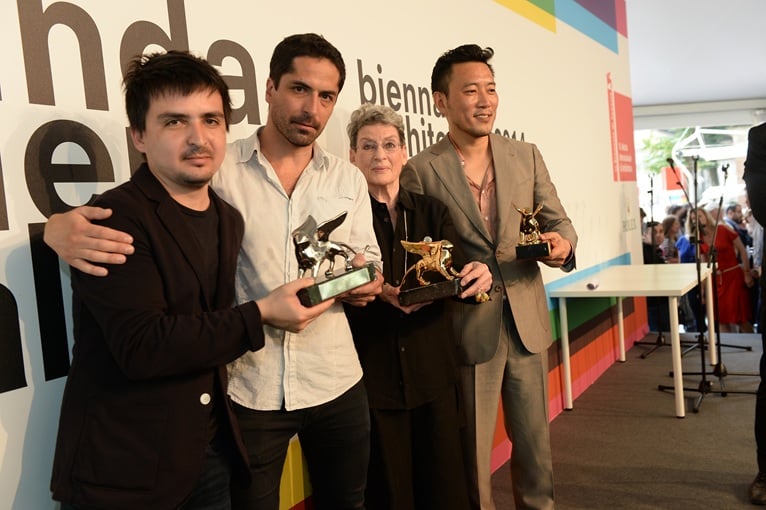 The Jury of the 14th International Architecture Exhibition of la Biennale di Venezia selected by the Curator of this year's Biennale Rem Koolhaas and made up of Francesco Bandarin (President, Italy), Kunlé Adeyemi (Nigeria), Bregtje van der Haak (The Netherlands), Hou Hanru (China) and Mitra Khoubrou (United Arab Emirates) has conferred the Golden Lion for the best national participation to Korea for its installation “Crow’s Eye View: The Korean Peninsula”. 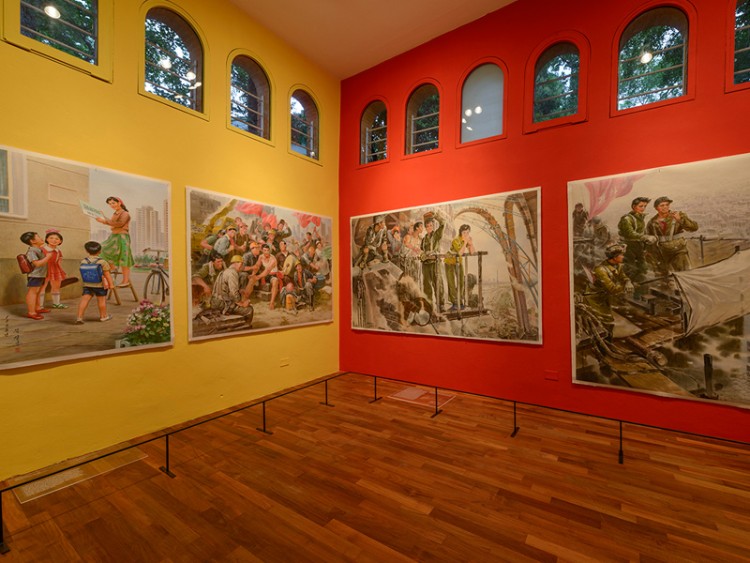 The jury motivated its decision “for the extraordinary achievement of presenting a new and rich body of knowledge of architecture and urbanism in a highly charged political situation. Using diverse modes of representation that encourage interaction, it is research-in-action, which expands the spatial and architectural narrative into a geopolitical reality.”

The Silver Lion went to Chile's “Monolith Controversies” for "revealing a critical chapter of the history of global circulation of modernity. Focusing on one essential element of modern architecture - a prefabricated concrete wall - it critically highlights the role of elements of architecture in different ideological and political contexts." 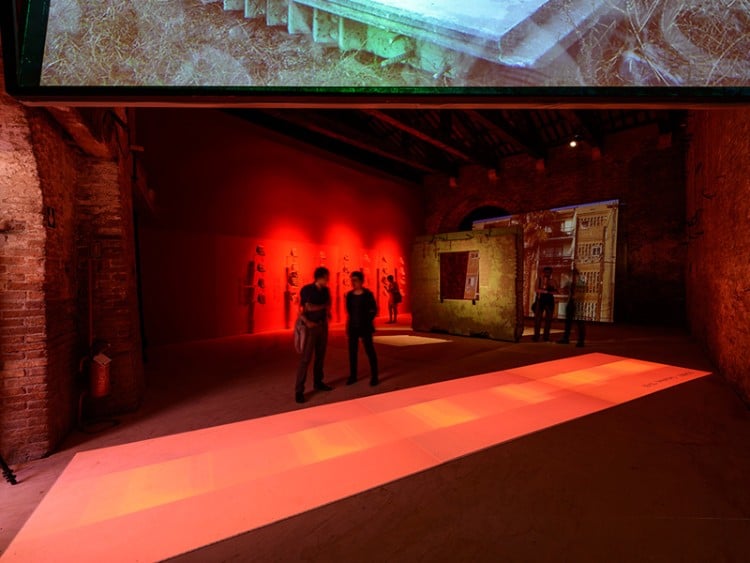 It also made 3 special mentions: 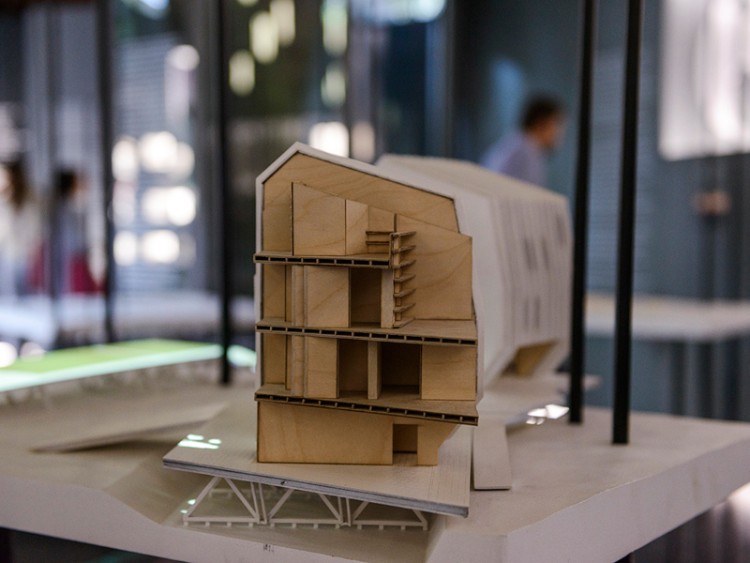 The first went to Canada for "Arctic Adaptations: Nunavut at 15 "for its in-depth study of how modernity adapts to a unique climatic condition and a local minority culture." 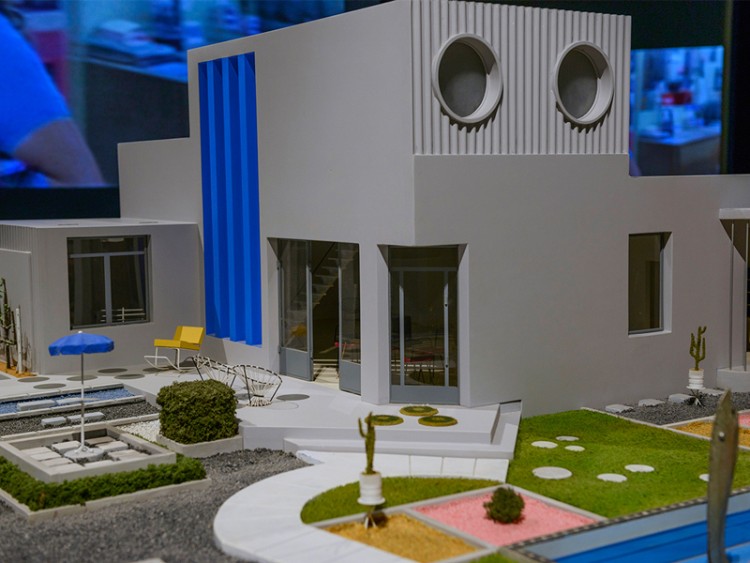 The second to France for "Modernity: promise or menace?" "for addressing the successes and the traumas embedded in its utopian visions of modernity" 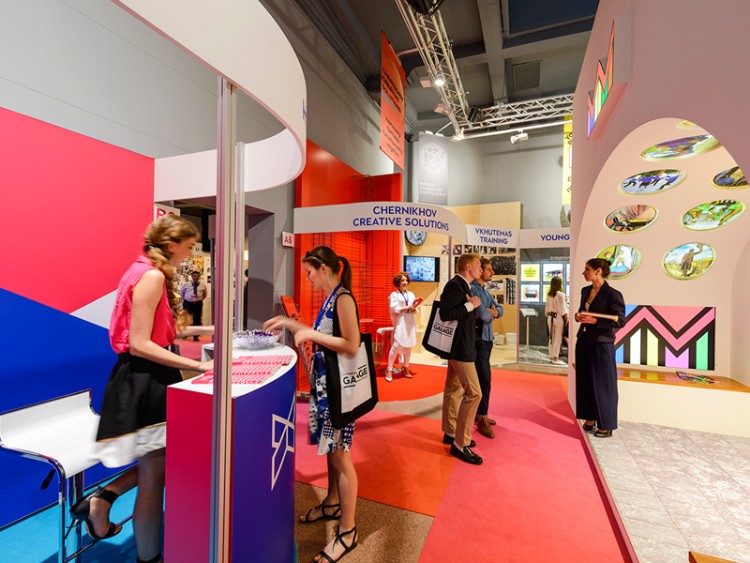 and the third to Russia for "Fair Enough: Russia’s past our Present" for showcasing the contemporary language of commercialization of architecture.

Curator Rem Koolhaas said that this edition would be provocative and its intention was to show the different responses to modernity over the past 100 years. "Modernization is a very often painful process" said Koolhaas "Somehow every nation in the last 100 years has been forced to modernise itself, and forced to adapt to a condition that is currently dictating the direction of the world".

For the Monditalia (Luminaire) section a Special mention goes to Radical Pedagogies: ACTION-REACTION-INTERACTION by Andres Jaque.

The project illustrates how Italian Architectural thinking was disseminated and impacted in different parts of the world. It highlights the emergence of new poles of architectural thinking in the current world and makes these accessible as a living archive. The research project is part of an ongoing global project that shows that knowledge is produced and develops in a networked way beyond national borders and national identities.

Two Special mentions went to Intermundia Echoing the ongoing tragedy of Lampedusa, and to Italian Limes. The project deals with the question of borders in the European context.

Open to the public until the 23 November 2014
http://www.labiennale.org/