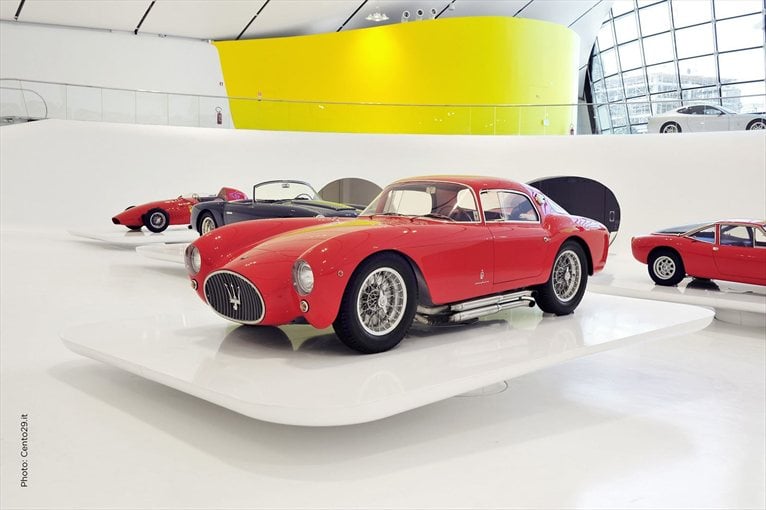 Ready, steady, go... and they're off... car lovers from all over the world are flocking to Modena for the new Casa Enzo Ferrari Museum, which opened last Saturday (March 10th). It is dedicated to the emblematic figure of the history of the car.

The museum complex is designed by the London architects Future Systems, founded by Jan Kaplicky, who won the invited design competition in 2005 called by the Fondazione Casa Natale Enzo Ferrari.

In 2009 Jan Kaplický died suddenly before work could begin and Andrea Morgante, the then associated director of the office, was appointed site manager.

The project is made up of two distinct exhibition areas: a space inside Enzo Ferrari's birthplace, in the historical early 19th century building, and a newly built Gallery dedicated to the Maserati adjacent to the already existing one. Kaplický's drawings are characterised for their capacity of blending the aesthetic language of racing cars with those of renovation and sustainable energy.

The representative element of the museum offices is without doubt the yellow curved aluminium shell making up the roof, designed with the objective of looking like a shiny bodywork, but at the same time capable of guaranteeing natural ventilation and lighting.

The use of the colour yellow responds to a series of semantic meanings: yellow is the institutional colour of Modena, yellow is the colour of the Ferrari stable, yellow is the trade mark of an internationally famous company, as well as the signature of the driver and manufacturer in whose name the museum has been created.

The history of the existing Birthplace interacts with the body of the new Gallery, which hugs the old building as a sign of respect, maintaining a height of 12 metres, which is almost the same as that of the 19th century house and occupies a volume half of which is underground.

The main façade consists of a bearing full-length window with a curved plan and tilted 12.5 degrees with respect to the ground, thus improving its transparency and energy efficiency.