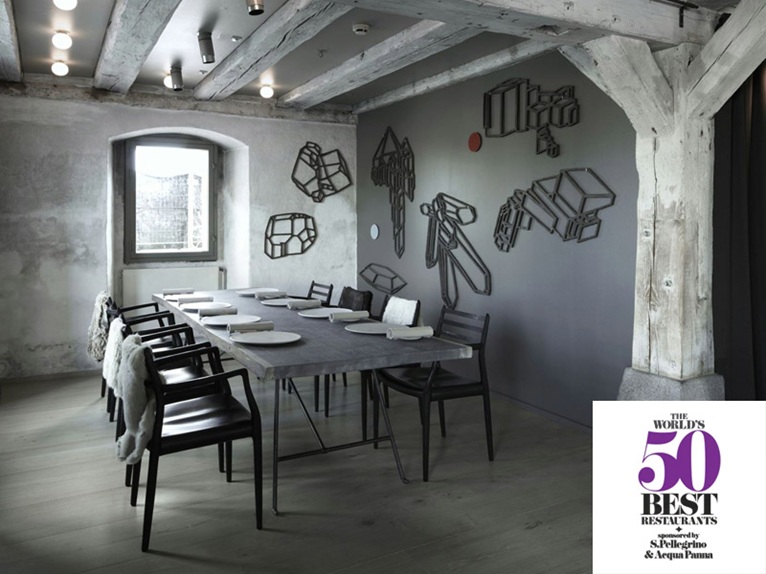 London - 28th April 2014. The whoops of joy, high and low fives, hugging and kissing which were heard and seen on stage at a packed World's 50 top Restaurants awards ceremony at London's Guildhall came mainly from the team led by chef and owner of Copenhagen's Noma restaurant René Redzepi as they regained their place on the top of the heap. 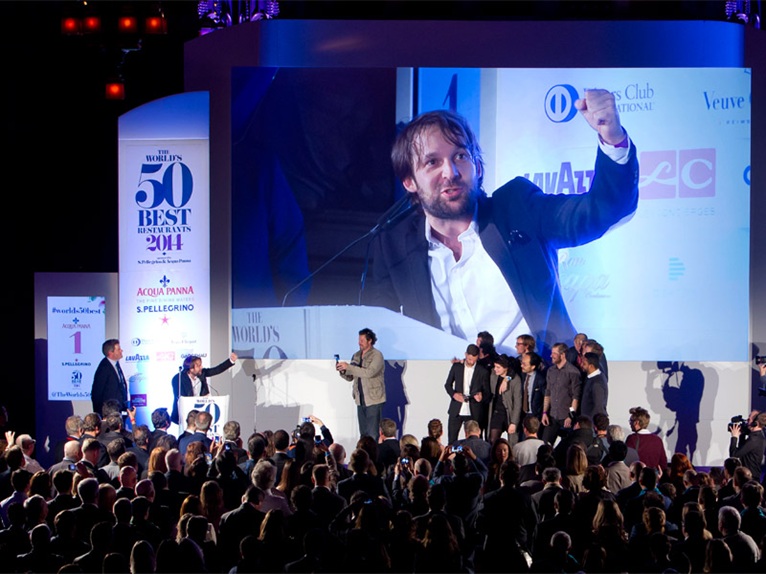 Having been relegated to second place in last year's Restaurant magazine's list of the “best 50 restaurants in the world”, René and his team were more determined than ever to regain their “rightful” place at the top of the list, which had been earned having spent the last eight years in the top 20 and the last 5 in the top 3. 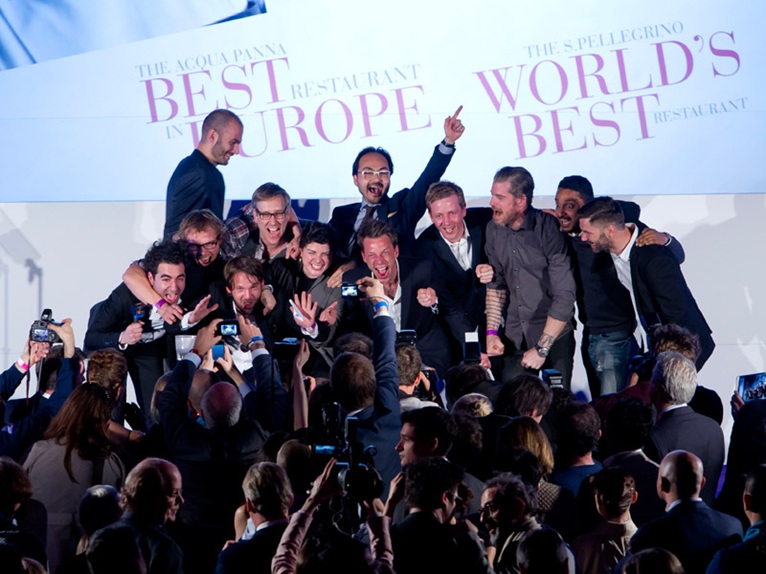 Their blend of unusual cuisine with starters like “sea urchin toast and caramelised milk and cod liver” and main dishes including “beef tartar and ants” rounded of by their incredible variety of “treats” has made this restaurant the stand-out eatery to be seen at. 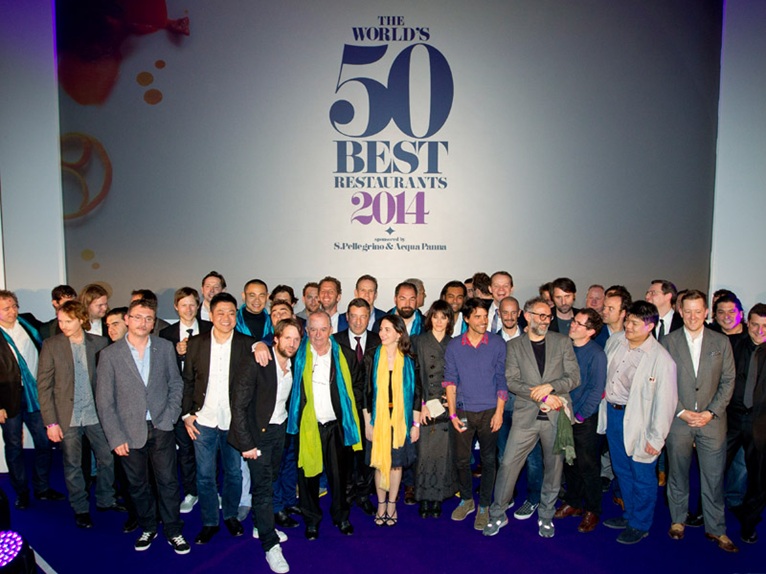 Many question the criteria for choosing the World's Best Restaurant, however, the wild celebrations of the winners show how seriously the chefs and owners take it. Not surprisingly if you consider that after last year's victory El Celler de Can Roca had to employ 3 people full-time just to tell people that the restaurant was full (it has a one and a half year waiting list). 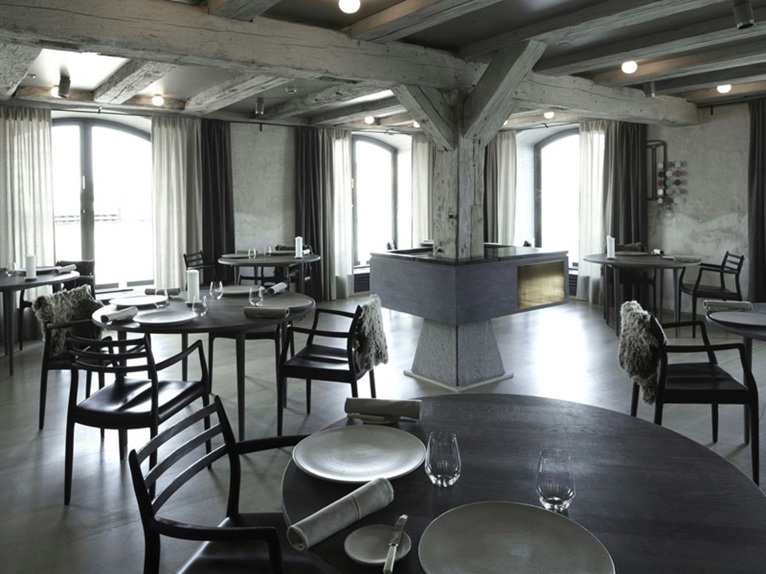 After this year's victory, Noma will undoubtedly be inundated with requests for tables, but don't expect any luck...after the victory in 2010 they received 100,000 requests – enough to keep them going for years! 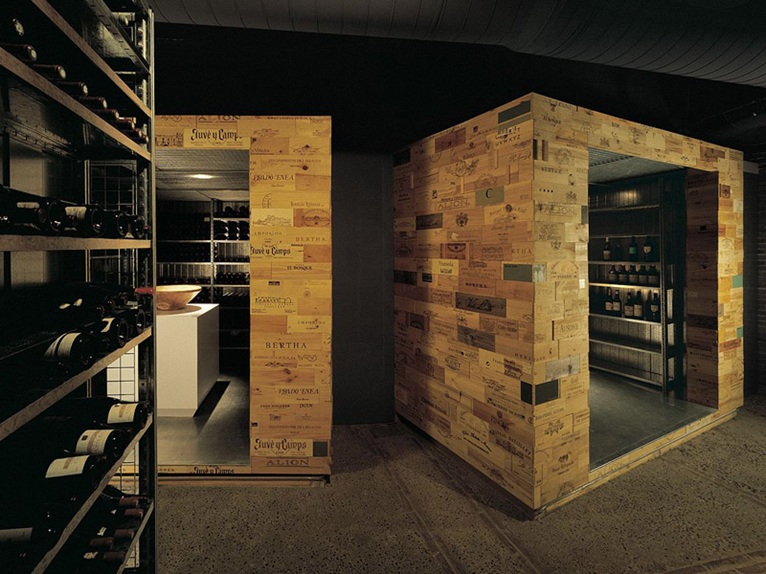 From an architectural viewpoint the first and second places restaurants are very different. Last year's winner El Celler de Can Roca, designed by Estudio Sandra Tarruella interioristas and Isabel López Vilalta + Asociados is based on empty and open spaces, all connected amongst themselves but also connected to the outside area. There are a lot of spaces in one big single space. Contrast and surprise accompany the whole trajectory of the restaurant. 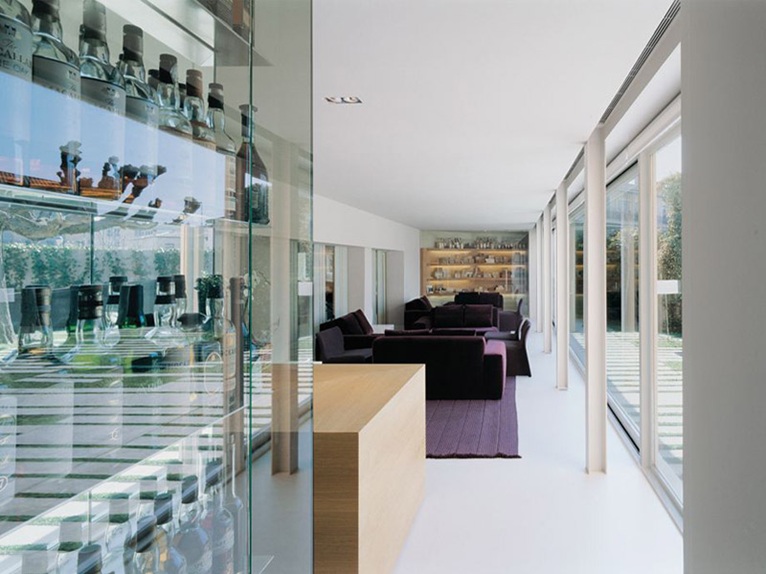 The duality of opposing concepts such as the opacity of the main access and the transparency of the cigar lounge, the brightness of the access garden and the secluded half-light of the of the reception hall, the warm materials, matt and natural over the cool bright whites in the dining room creates surprise. 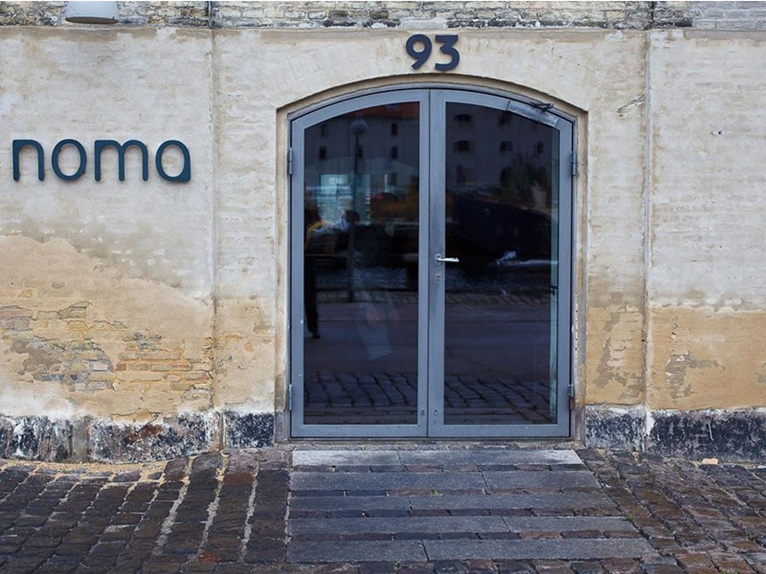 Noma Restaurant, on the other hand is located in the centre of Copenhagen, a cork's throw from the Little Mermaid. There is a brick wall in the lounge and the floor is made of oak from Dinesen creating atmosphere. A long brick wall facing the rest of the building gives a defined lounge space and the long massive bar was replaced with spatial elements in grey wood and brass – mounted at the columns which create an openness of the space. 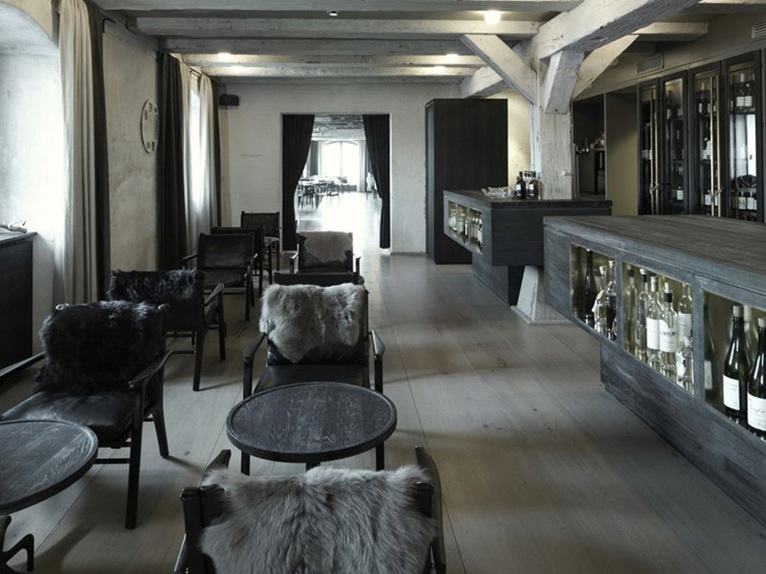 The chairs and tables in the restaurant are the same design as in the original Noma, but the surfaces and colours have been changed. The Chair is from J.L. Møller and the tables designed by the architects Space. In the lounge the furniture includes the architects Ren Chair and Sofa as well as a two-seater sofa to complete the area especially for this project. 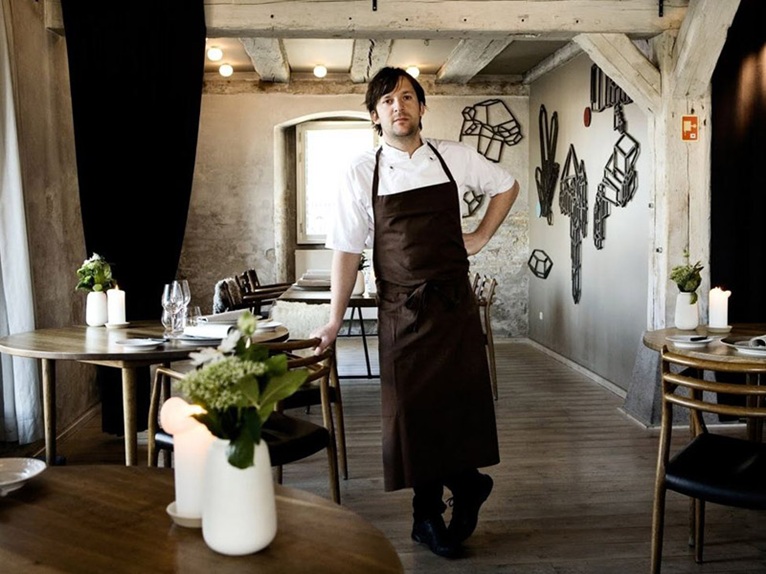 It is a genuine honest chair with high detailed features in black solid wood, brass and black leather. The chair has an organic shaped body and fine detailing in brass, it picks up the tradition of classic Danish design, but also shows a curiosity towards other cultural points of reference, sampling Asian features into the design. The intention is through choice of materials and surface finishes that the chair patinates and builds character over time when being worn.