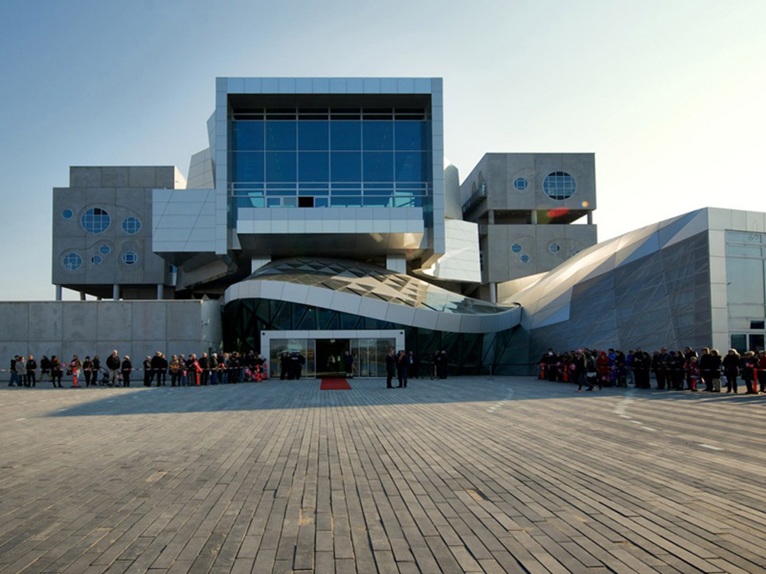 Coop Himmelb(l)au’s House of Music has been officially opened in Aalborg, Denmark by Queen Margrethe II. The official opening, on the 29th March, was followed by a gala concert with the world renowned Aalborg Symphony Orchestra and international star soloist Nikolaj Znaider and heralded a 13-day extravaganza of concerts, performances, fireworks and films. 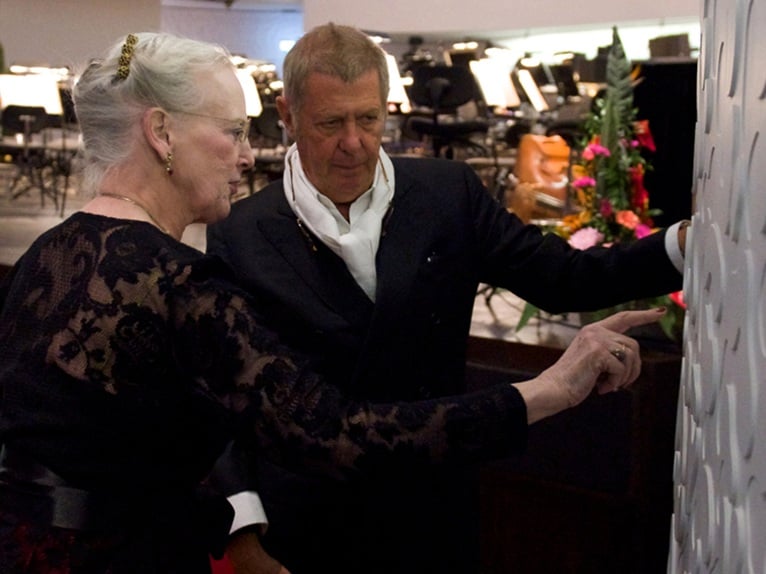 The new venue will be the centrepiece of the on-going Aalborg waterfront redevelopment which also includes C. F. Møller Architects' Senior Resort, Østre Havn i Aalborg, a new housing and shopping area using part of the exisiting silo plant and CUBO Arkitekter's Nordkraft, a former coal-driven power station which has now become an unconventional meeting venue. 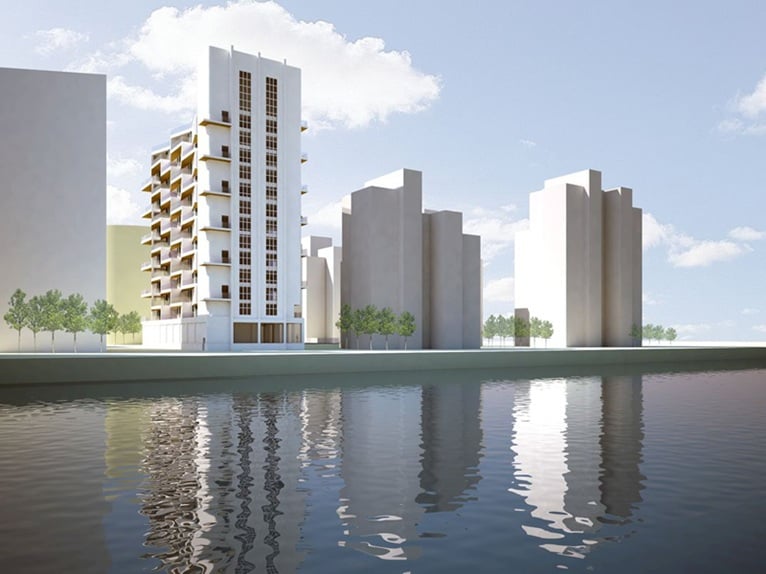 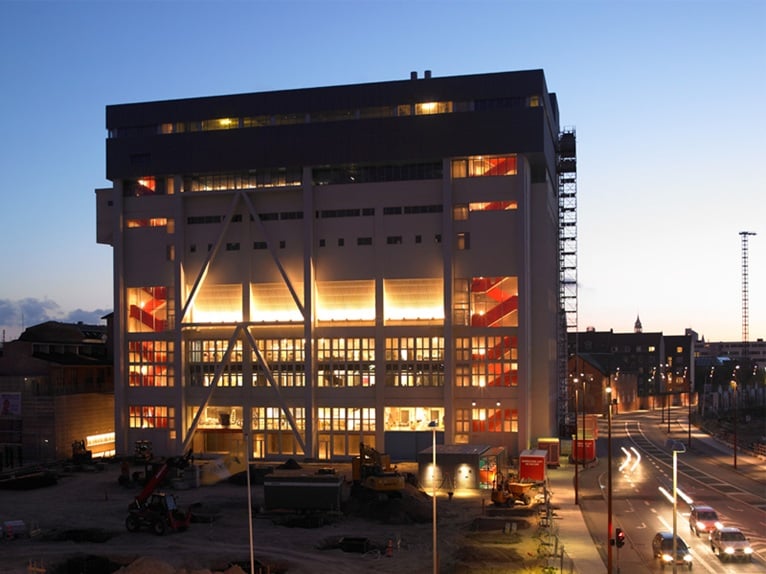 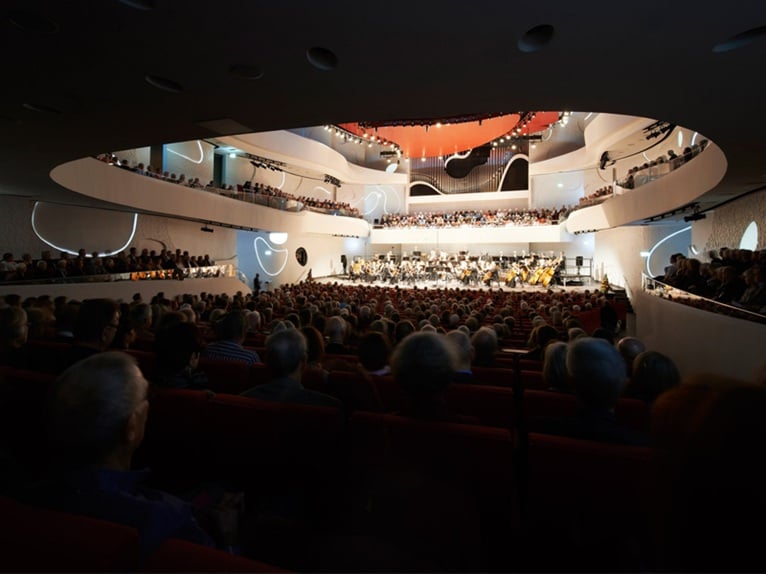 Now that the special opening showcase is over, the House of Music can really get down to business. It already has a packed programme of concerts ranging from classical to jazz from pop to traditional brass bands, who will be playing in the exceptional architectural backdrop created by Coop Himmelb(l)au and the spectators will be able to experience the superior acoustic qualities of the 1,300 seat concert hall created with the consultancy of ARUP.

The new venue combines a school and a concert hall and has been designed with an open structure to reflect the dual function, which promotes the exchange between the audience and artists, and the students and teachers. 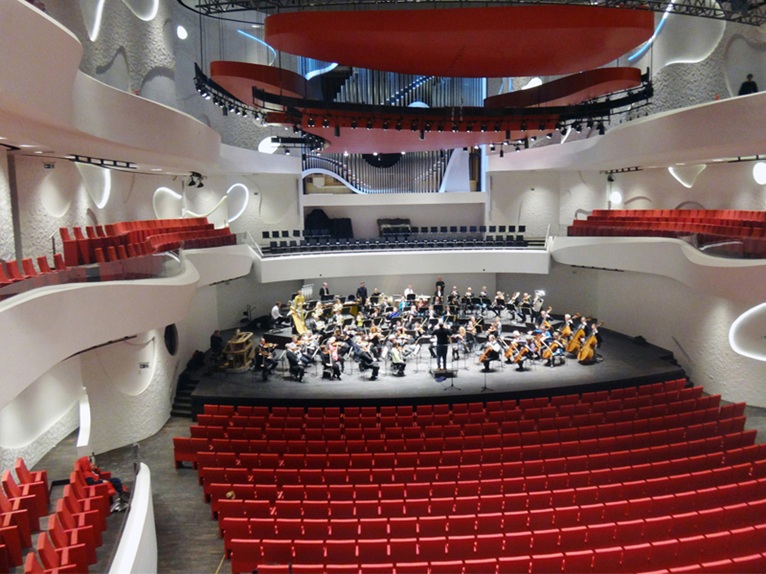 A cubic, u-shaped block is arranged around a 1,300-seat concert auditorium which claims to provide one of the most acoustically attenuated rooms in Europe for the performance of symphonic music. The outer block contains rehearsal and training rooms with interconnected foyer spaces that offer generous public views on to back-of-house areas as well as the concert hall itself. 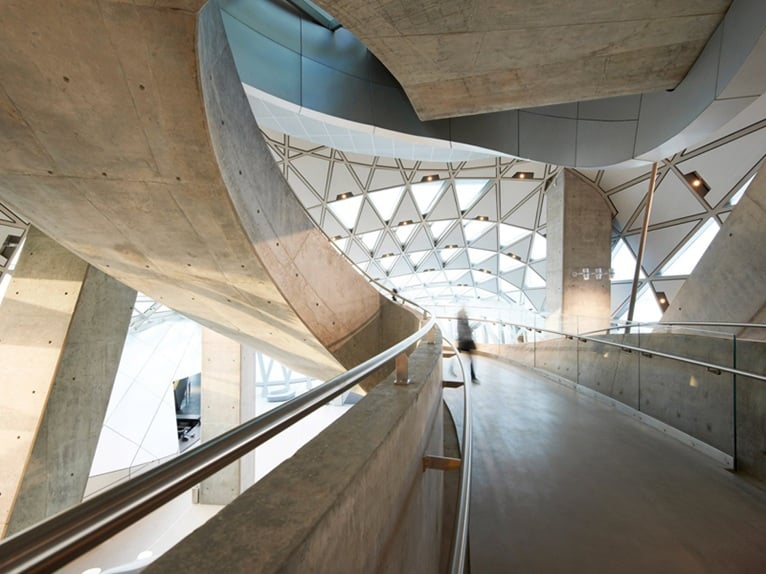 While the outer block is rectilinear in form, the auditorium is characterised by flowing shapes and curves constrained within the encircling, rigid block.

Coop Himmelblau CEO and design principal Wolf D Prix said: “The idea behind the building can already be read from the outer shape. The school embraces the concert hall.”