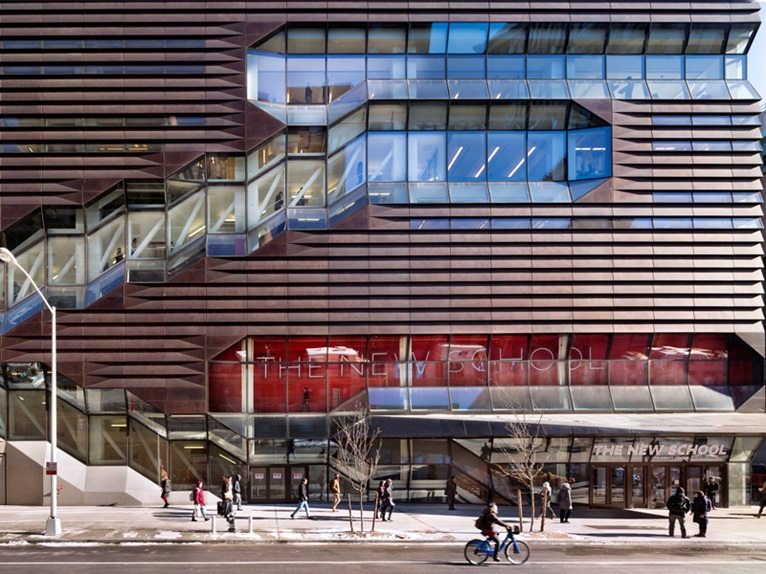 The University Center, The New School Campus designed by Skidmore Owings & Merrill LLP has recently opened in New York. The school, which was founded almost 100 years ago in 1919, had outgrown its original Greenwich village home in terms of both classroom space and accommodation for the over 10,000 students now enrolled there. 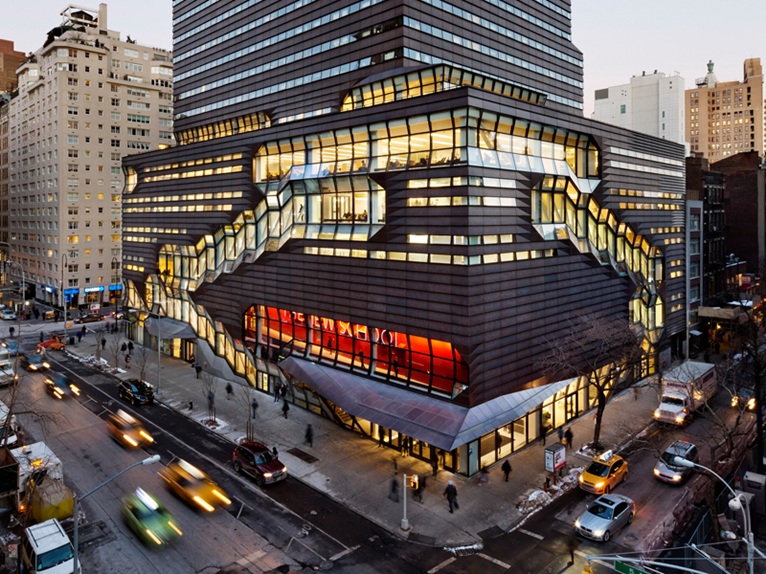 This new campus building adds almost 35,000 square metres of extra space, more than half of which dedicated to academic activity and the rest to student residences. 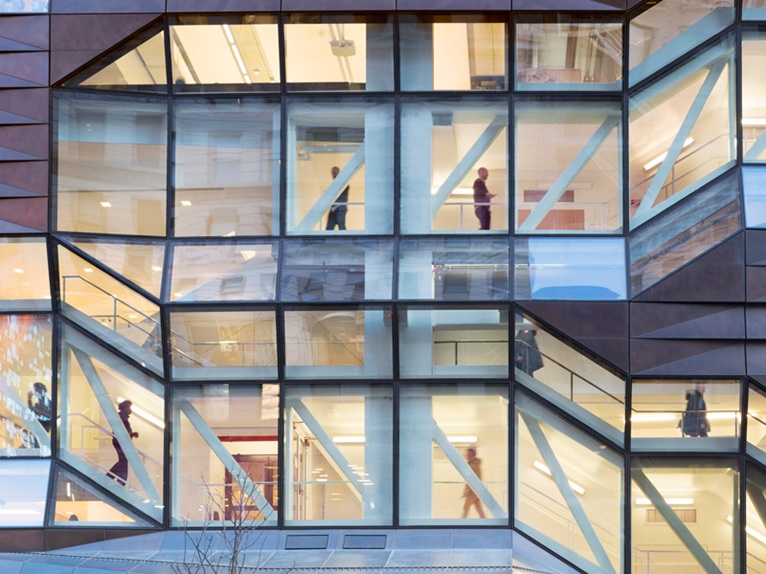 SOM's design focuses on the faceted central concrete staircases connecting the seven academic floors, which are also visible from the outside, becoming the building's central feature especially when it is lit up at night. The nine floors of the domitories, on the other hand, are set back, so they can't be seen from street level. 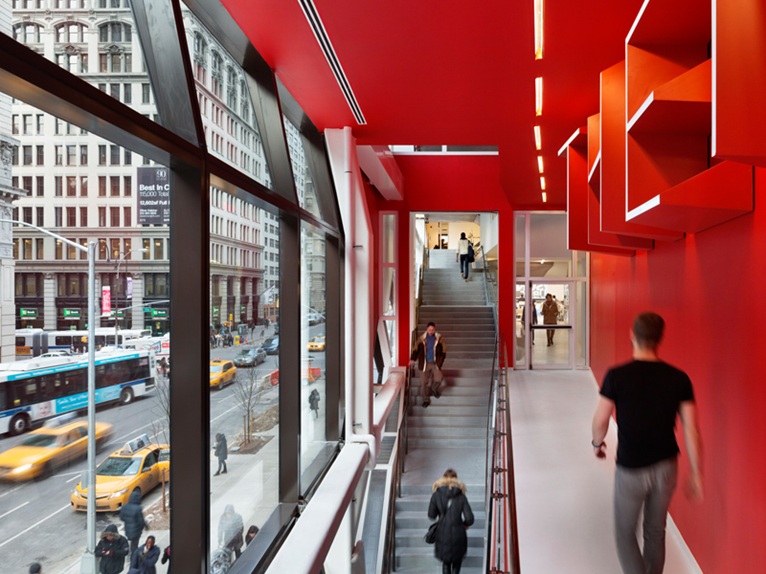 The vertical campus, which cost $352 million, was affordably financed by a series of bonds, gifts, grants and sales of assets. The school has also been designed as a model of energy efficiency, carbon reduction, and sustainability. Passive and high-tech solutions are employed to increase energy efficiency. The architects have limited the building envelope to 35% glass and this decreases summer solar heat gain, while optimising interior daylighting and minimising winter heat loss. Other energy savings come from the ice-storage system which freezes water in off-peak times using it to cool the environments in peak times, heat recovery from exhaust air and the green roof which captures water for grey and black water treatment facilities. 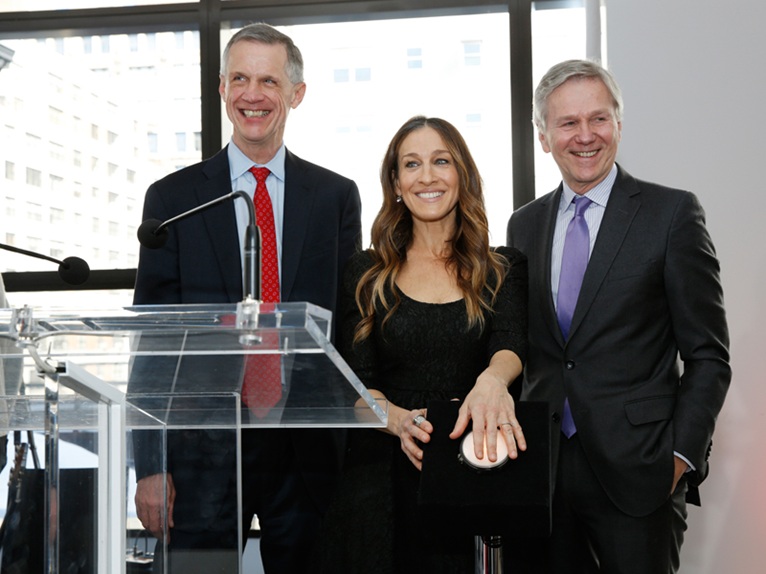 The new campus was officially opened by one of the icons of New York “Sex in the City” star Sarah Jessica Parker who praised the school, describing it as a “beacon for free expression and intellectual courage” that had often served as a safe haven for artists and writers in exile and under persecution. Indeed in 1933 in the midst of fascism in Europe The University in Exile was created. 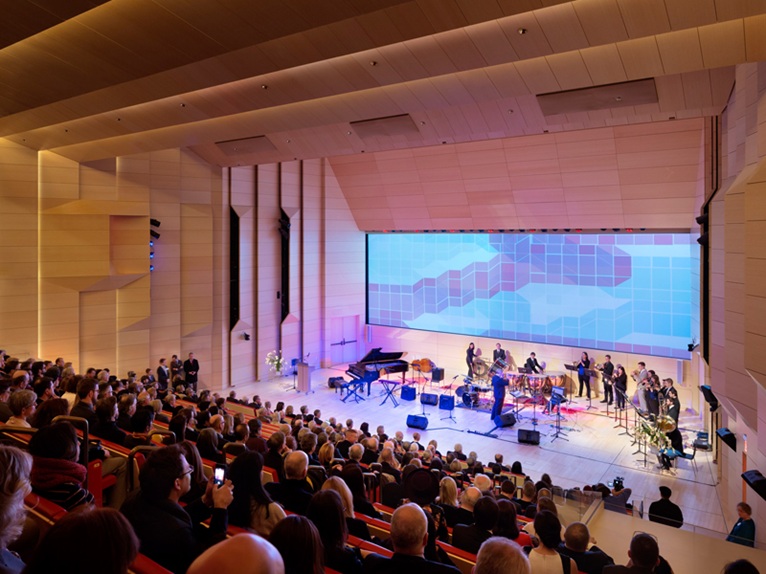 Parker went on to talk about the former alumni: “The New School has welcomed and trained generations of artists and thinkers who have shaped our culture” she said, naming Actor and singer Harry Belafonte, Actress and singer Elaine Stritch, Beat poet Jack Kerouac and fashion designer Donna Karan as some examples of successful New School alumni. 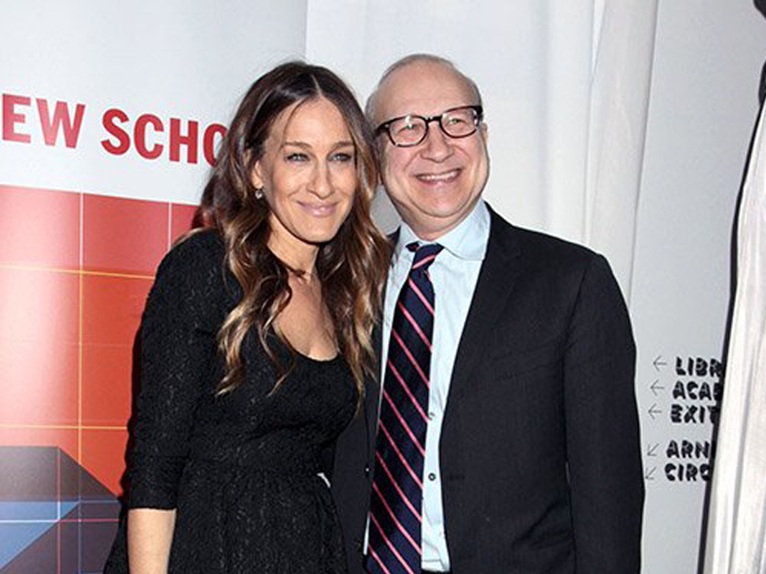 Parker herself was not an ex-alumna, but was invited to unveil the new campus as her brother Pippin Parker, playwright and theatre director, is the Director of the New School for Drama.

All photos © James Ewing except where indicated.