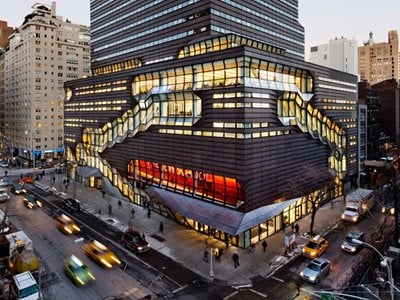 UNIVERSITY CENTER, THE NEW SCHOOL For nearly a century, The New School has been at the forefront of progressive education, with design and social research driving approaches to studying the issues of our time, from democracy and urbanization, to technology, sustainability, and globalization. Over the past 15 years, The New School has built on this legacy to grow into a major degree-granting university, with nearly 10,000 undergraduate and graduate students. But, in recent years, as the school...