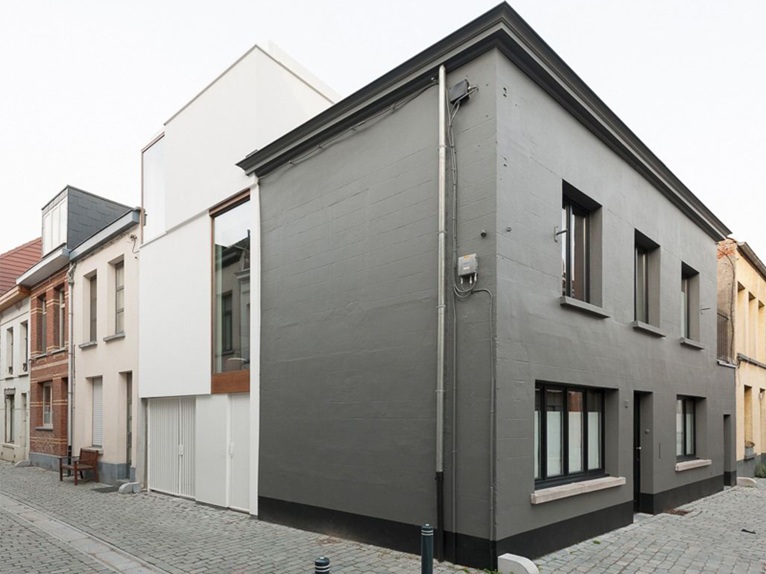 House LKS began as a residence for a young couple in the centre of Lier in Belgium. After the birth of their first son, the family grew and new areas were required to meet the needs of a family, and no longer of a couple. 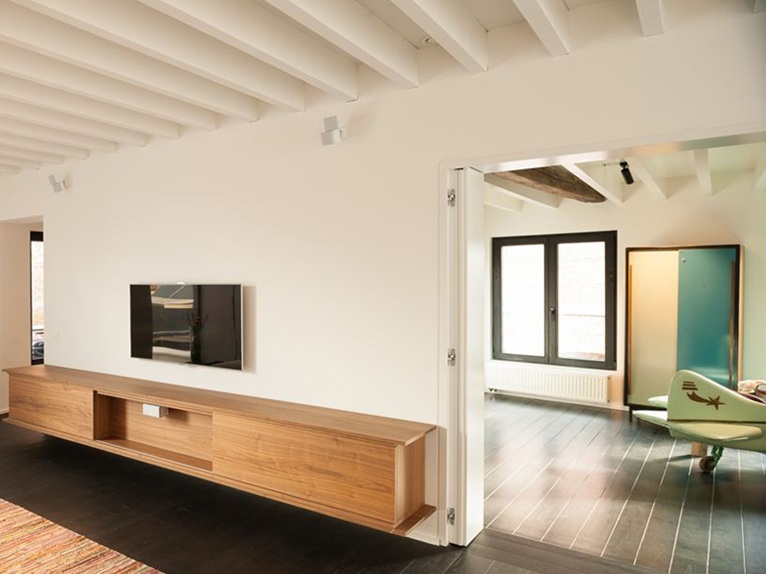 P8 architecten's project thus avails of the purchase of a building adjacent to the initial one: the existing structure was completely revolutionised in order to obtain a usable area of 56 square metres, thanks to the union of two buildings. 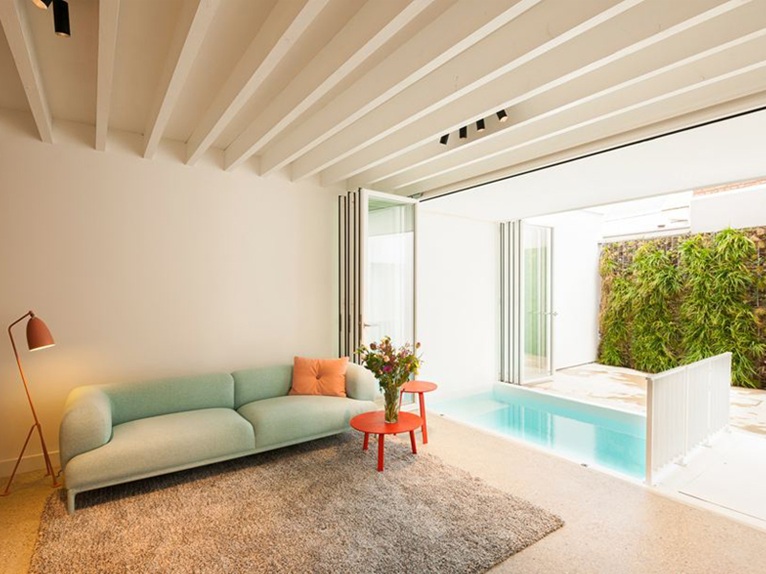 While outside the contrast between new and existing constructions is particularly accentuated, internally the spaces merge completely with each other. 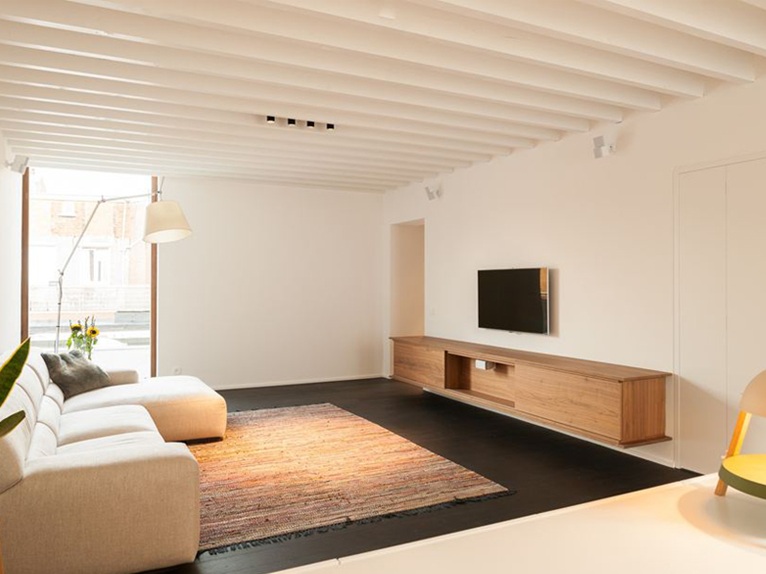 On the ground floor a small swimming pool has even be created in the empty space that separated two opposing windows, which can be used in both summer and winter thanks to a closable system. 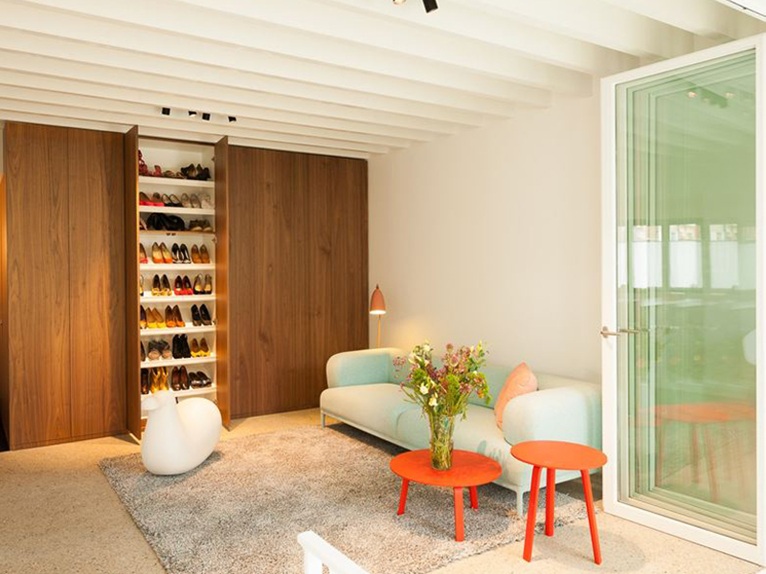