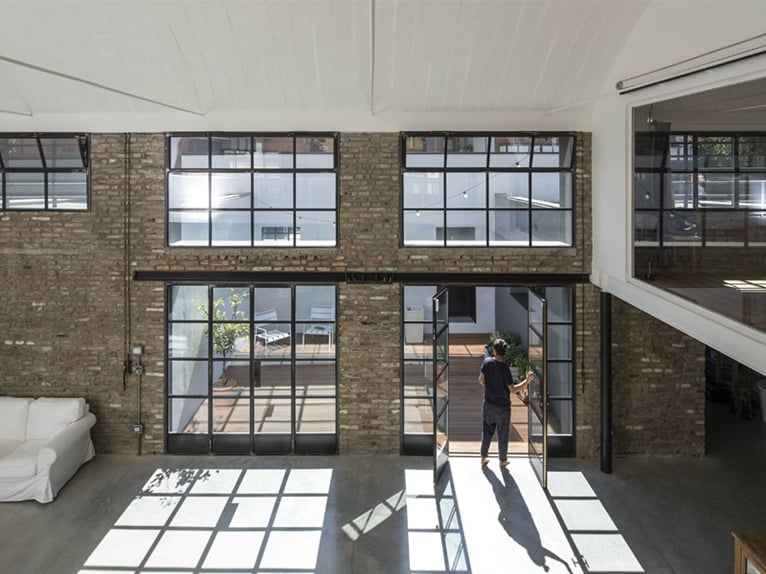 An old machine shop in the centre of Bologna has been restored to become a Living space in the city thanks to sara bergami and Luca Bertacchi's intervention. Large volumes redesigned to create a private home, a splendid example of intelligent recovery of disused industrial buildings. 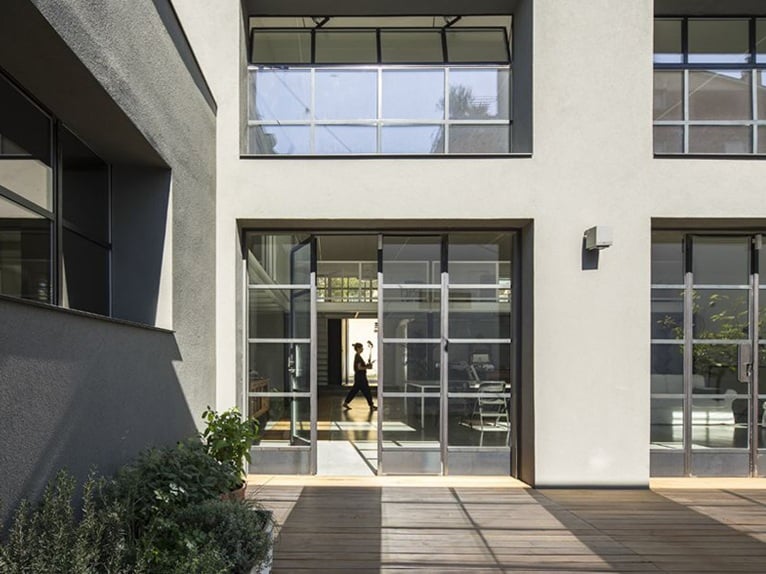 The typical space of the workshops was like a large vaulted volume, with a lower body beside it, in which a wood-clad open air inner courtyard was created. It was thus possible to open two huge French windows on the ground floor, which guaranteed air and light to the entire lower part of the space. 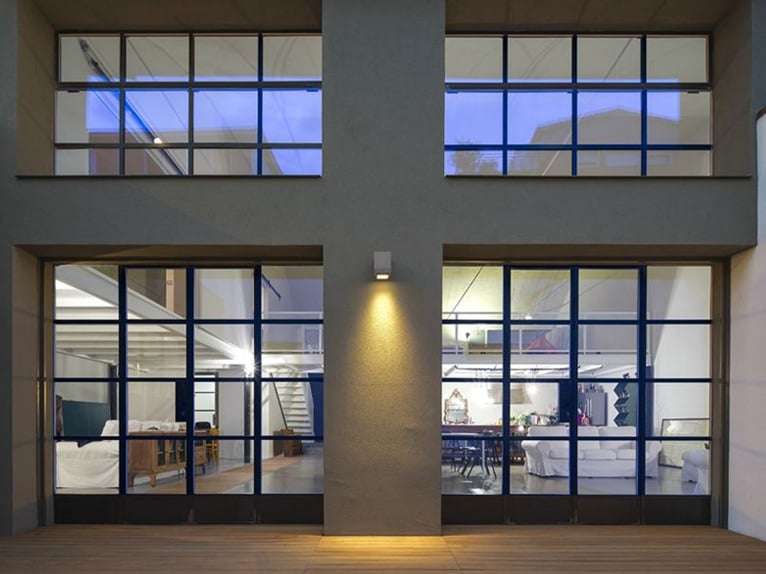 The exposure of the building means that, during the winter, light enters the open plan living room through the south-facing openings of this wall, characterised by a long black concrete kitchen and a large late 19th century wooden seamstress table. In the coldest months, therefore, the sun enters the heart of the building and warms the environment, both visually and thermally. 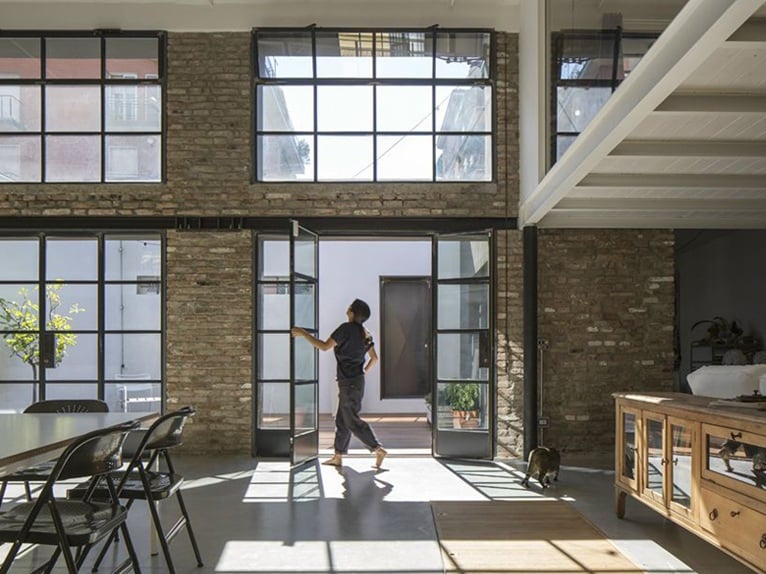 The design that the architects wanted to replicate in the fixtures, the typical division of the windows of the craft rooms, stands on the industrial concrete floor creating drawings and shadows that decorate the ground. In the summer, on the other hand, the sun does not enter the building, so that the environments stay cool because they are well insulated by the intervention carried out on the outer surface of the building.