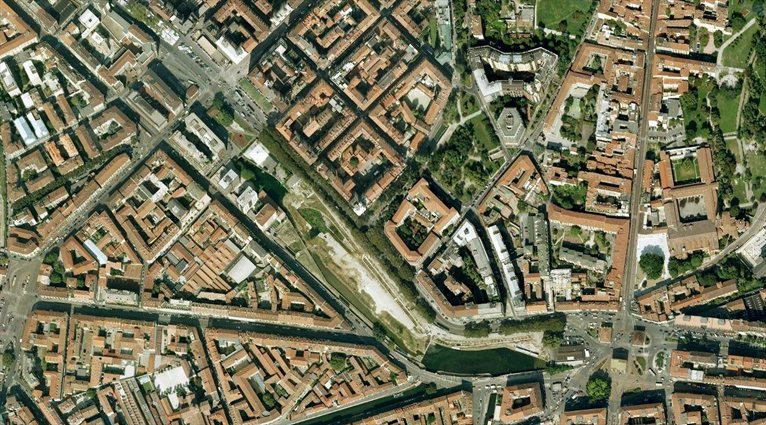 The Milan Docklands (Darsena) redevelopment plan, designed by the group headed by French architect Jean François Bodin, seems to have an excellent chance of finally seeing the light of day, eight years after it won the international competition in 2004.

The mayor of Milan Giuliano Pisapia and the CEO of Expo 2015 Spa Giuseppe Sala presented it at Palazzo Marino, within the framework of the more general project of the Waterways of EXPO 2015. This project consists of a series of landscape and environment exploitation interventions on the open areas of the city, from the Navigli canals to the canal network of the Expo 2015 area, which Milan and Lombardy will inherit after the event.

The project, which won the international competition in 2004, seemed to have run aground because of the difficulties of building the car park which was supposed to be under the docks as envisaged by the Car Parks Plan of the city council at the time, but this was finally put to rest by the subsequent local councils. Despite having to forsake some things and scaling down others, as often happens in Italy, the original project framework has been maintained.

The general layout has been confirmed with the more nautical redevelopment of the quay to the south while the northern quay will become a pedestrian promenade. The market square of piazza 24 maggio, about which doubts still persist, will be given an extremely permeable iron and glass structure, with a wooden walkway and gates between the quay to the south and via D'Annunzio. The work group has also been confirmed, above all the contribution of Jean Francois Bodin, whose great experience matured on the banks of the Seine in Paris is well known both for its treatment of parkland and for the relationship created between water and the city.