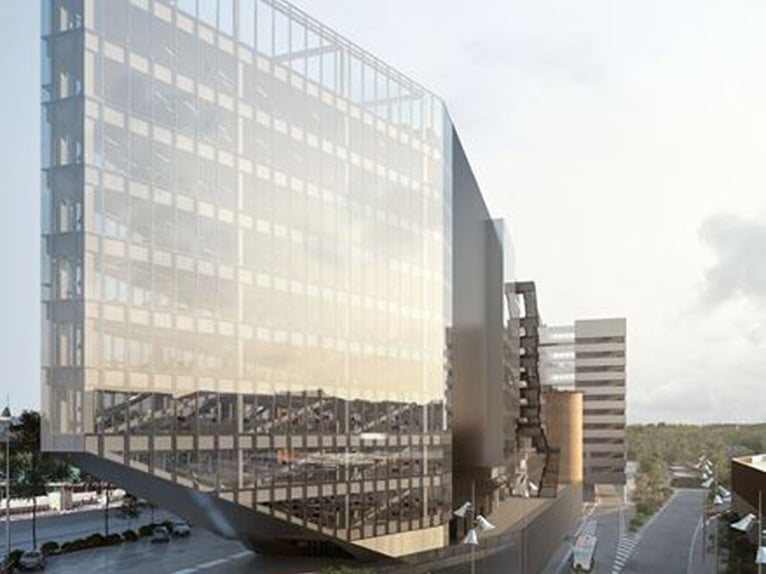 The laying of the first stone last Wednesday (9th October) marked the start of the construction work on the new BNL Headquarters in Rome Tiburtina. The project, designed by Genoese architects 5+1AA Alfonso Femia Gianluca Peluffo, will transform a large territory in the east quadrant of the City of Rome, with huge benefits in terms of transport, environment and quality of life. High-speed rail transport, urban regeneration, improvement of roads, upgrading of services to the citizens and tourist facilities in the surrounding area are the objectives of the project that will bring new roads, car parks, plazas, public services, parks and cycle paths.

The design for the new headquarters of BNL comes within a particular and unique context. Unique in that the nature of the context is a stratification of infrastructures providing an element of separation between two significant urban areas of the city of Rome, now with the construction of the high speed railway line, it takes on a new role not only of service but of “urban place”. Particular in that the area on which the new building stands, due to its geometric and topographic shape and its relative orientation, suggests designing the building according to the “Janus faced” principle. 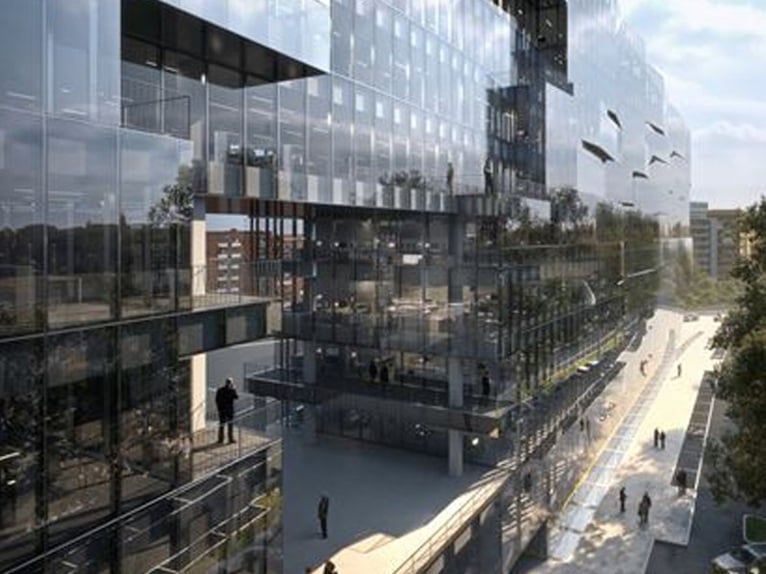 The designers say “We consider it important that the new building dialogues with the adjacent complex of the Tiburtina station, with its main features characterized by size and horizontality. The dialogue does not necessarily have to be direct, but should have references both to perspectives and to the different levels of the station, and also a different role (the horizontal stratification) in the new urban landscape.
Our goal is to meet the functional needs with a building that is capable, in its autonomy and identity, to belong to the urban context of the Tiburtina Station and at the same time to be representative both for the city of Rome and for its users. From these considerations, a proposal is made for a building that is able to relate differently to the north-west with the district Pietralata and south-east with the Tiburtina Station complex. Dynamic, reflective and fading, where its perception is mainly dynamic and different meter after meter (from the train, from the station, from the different areas of the city), almost as if it was moving, comparatively, where the contect is urban or “slow”, facing North, the perception is static transparent and material.
The building thus assumes different roles leading our imagination to important works of contemporary artists and filmmakers who have treated the themes of perception and "reflection" of reality. 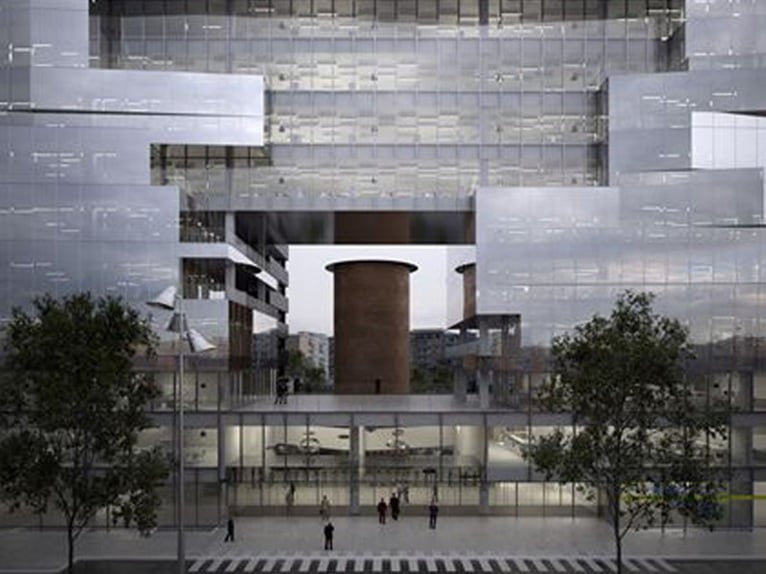 The proposed typological choice intends to be identified as a perceptual device of the context and of the reality, capable of establishing a symbolic value where it directs its gaze, a gaze directed at the same time on two different landscapes: the dynamic one of the rail station and of the horizon of Rome, and the urban one of the district of Pietralata. The perception ratio is subsequently a relation that the project transfers from outside to inside, creating a succession of spaces sometimes dilated and sometimes compressed, which gradually accompany us by constructing a both vertical and horizontal backbone around all “productive” areas, that is those used as offices and capable of helping us to discover new “perspectives” and a new “context”. 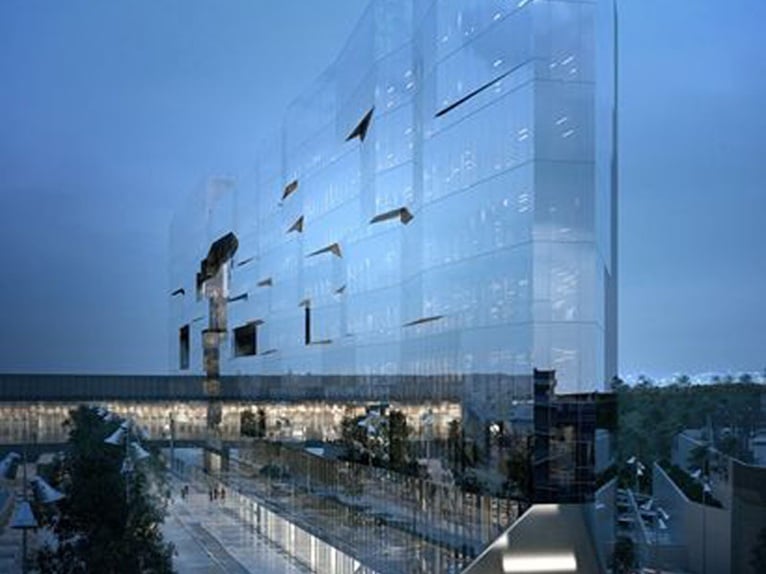 The building formally manages to assume a symbolic value that is found in the following characteristics that defines its own “body”:

• the floor plan, linear to the east and gently warped to the west through the writing of a variable sequence of broken lines;

• the choice of not wanting to create a “front and a back” but a compositional music sheet capable of creating amazement and wonder in the “metamorphosis” of the building, that will be increasingly perceived differently for its ability to respond to light at different hours of the day during the different days of the year;

• the articulation of its functions, composed according to the principle of horizontal stratification, in a classic sequence as a base (the “collective” functions or those which interface with the public), elevation (the predominant functions / offices), the crown (the unexpected and unique space and its relationship with the sky);

• the entrance hall, according to an horizontal and vertical relation thanks to the identification of a “union-separation” that becomes a “transparency-terrace” for four levels and uncovers the Mazzoni water tank, an original and intact element.

The new building is discovered through the silvery colour of the façades. Its great value is related to the theme of sunlight and its reflections, the ability to establish an atmosphere of transparency, opacity, mirrors and semi-transparencies with its surroundings.

In the morning and evening hours, or in those moments when the light becomes incidental along the main façades, it cancels the perception of its physical limits by confusing it with the natural light.

The glass walls alternate, in vertical opaque portions, with the diamond surfaces that reflect the light in shades of silver, never equal to itself.