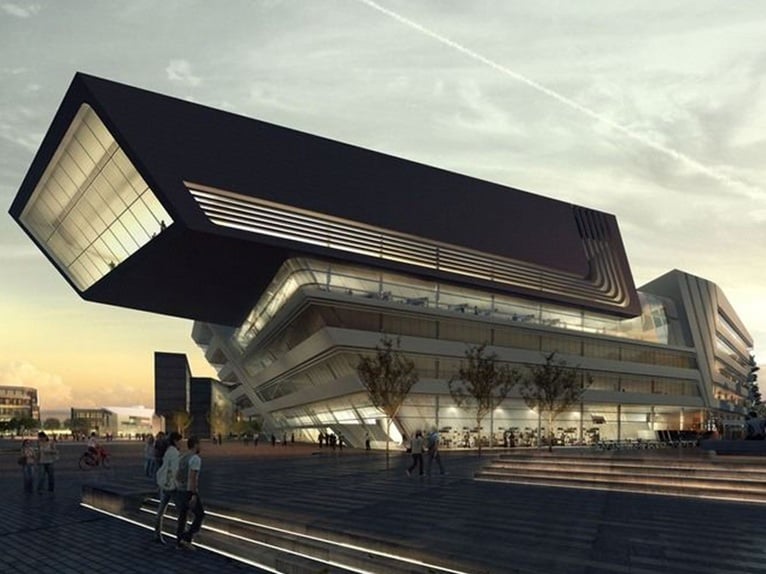 A few days ago, on 4th October, the new LIBRARY AND LEARNING CENTER (LLC) at WU Campus, designed by Zaha Hadid Architects for the WU Campus in Vienna opened its doors. Destined to become the new University Campus complex, the building has been commented on by Christoph Badelt, Rector of the University of Economics & Business as follows:

“This is not just a library, it's a space for research, for work and relaxation, a place of communication and a transit node. With her breathtaking architecture, Zaha Hadid manages to combine all the key functions of the project so wonderfully. Interpreting this new idea of 'university' to perfection.” 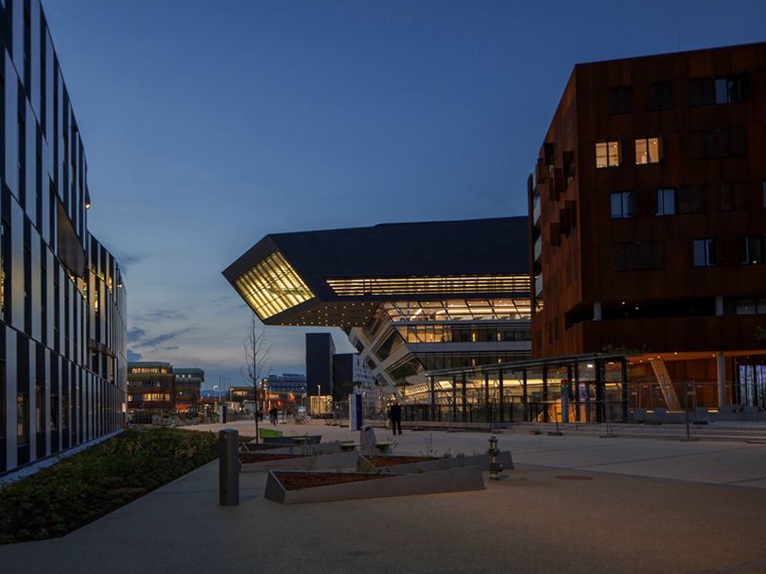 The building, with its asymmetrical plan, occupies an area of over 41,000 square meters and houses inside a language laboratory, workshops, administrative offices, event halls, a student centre, a bookshop and a café. 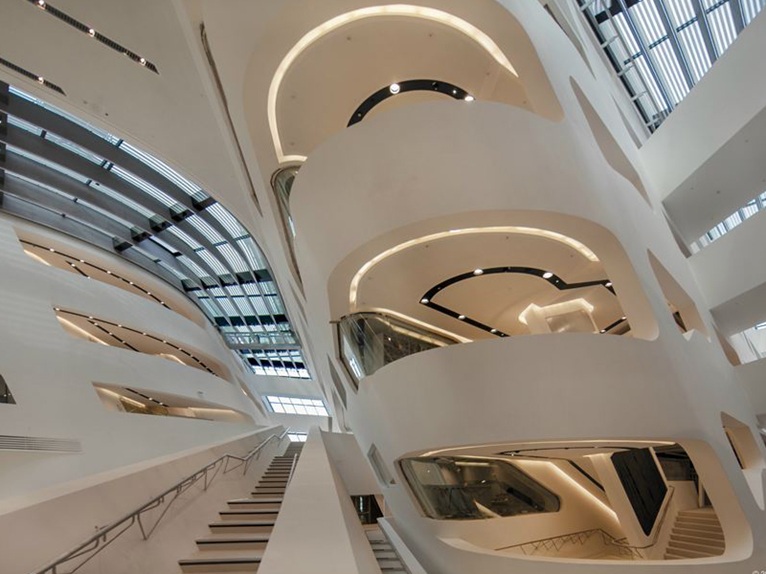 The building, which has 5 floors above ground, is composed of two main volumes which overlap and interlock: the highest body is characterized by a cantilever roof with glass fronted head that looks out over the Prater Park. The façades were made with fibre-reinforced painted concrete elements, that terminate on the glazed openings. 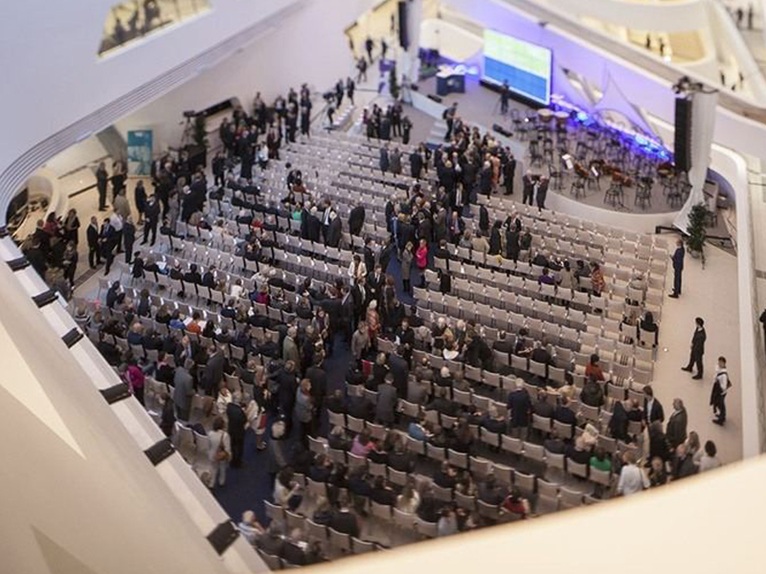 The 'fluid' interior space, dominated by the large entry hall, the Forum, designed as a central plaza and as reception area of the whole university complex, contrasts with the linear and square design of the façades. The last two stories, those with a view over the green park, are dedicated entirely to the library. The underlying stories, on the other hand, are intended to contain the complementary services to study and research. 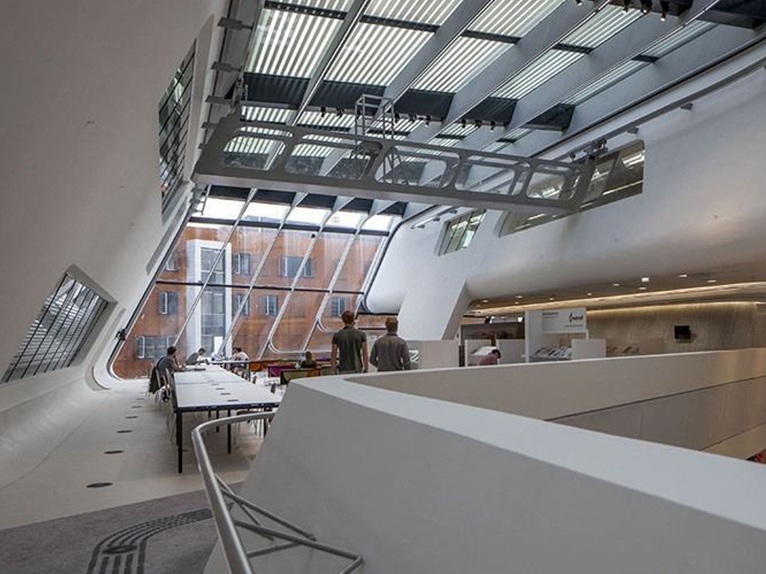 Zaha Hadid, confirming her love for the city of Vienna, already said in the design phase that: “As a research centre, the LLC will become a forum for the exchange of ideas.”