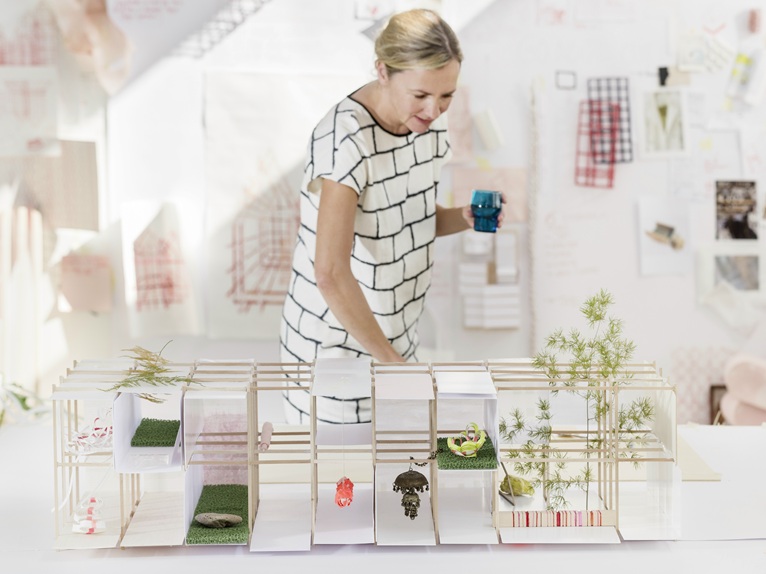 "Das Haus – Interiors on Stage" is the large-scale scenography of a living situation based on the very personal ideas of an internationally influential designer who changes every year. Following London design team Doshi Levien’s successful launch of the imm cologne’s new design event (2012) and the subsequent edition by Luca Nichetto (2013), Koelnmesse has nominated Danish designer Louise Campbell to create "Das Haus – Interiors on Stage 2014".

Louise Campbell designs "Das Haus – Interiors on Stage 2014" at the imm cologne 2014 as a low-tech house in which open space and furniture are put to flexible use. The Danish designer will be staging her individual interior vision as a play with measurements and scale entitled "0-100. (Made to measure.)"

Das Haus – Interiors on Stage 2014 is meant to be a house that radiates calm amidst the hustle and bustle of the trade fair; a house that extends a solicitous welcome to visitors and entices them into the world of Louise Campbell with subdued lighting, a warm atmosphere and an extremely large bed space. But also a house that turns the home as we know it on its head and alters the familiar dimensions of space and furniture. Very gently and seductively, the Danish designer's rebellion against rigid interior habits and design norms is taking on concrete shape in Cologne. 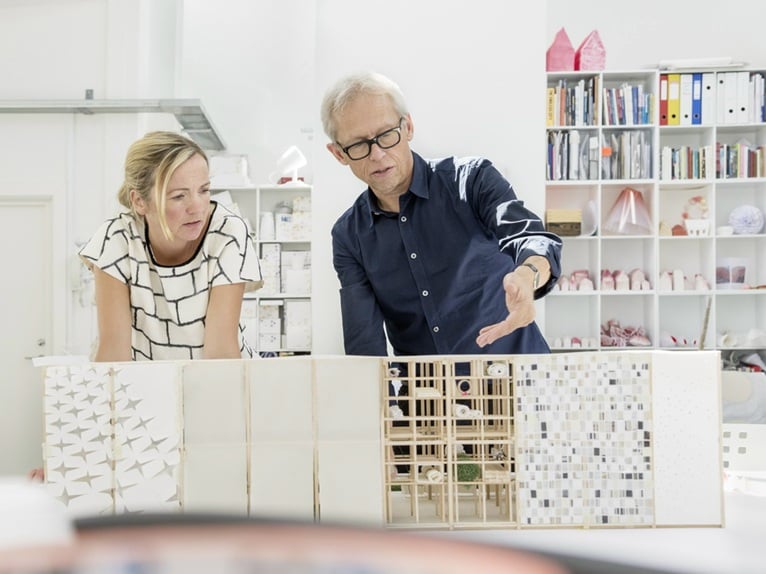 Louise Campbell is continuing the "Das Haus – Interiors on Stage" series in unusual fashion: her design for the 240 m² house that will be erected at the international furnishing fair imm cologne in January 2014 shows an open space without walls; whilst three of its sides are largely closed by a textile covering, the fourth is totally open. Inside, a post-and-beam grid structures the space. A second, non-accessible, gallery-like level hints at areas of retreat.

Open space with symbolically designed furnishings "I didn't approach the assignment as a purely architectural project; on the contrary, I've actually tried to emphasise that it's a piece of design," says Louise Campbell. "I built 'Das Haus' from the inside out. The house itself can be seen as a big piece of furniture. It's one big storage unit for people. Or you could say it's a shelf for life." The interior design is correspondingly unusual and has nothing in common with mere styling. "You can't imitate a house 100 percent in a place like this, with no air and no light. So my 'Haus' is a lot more abstract." 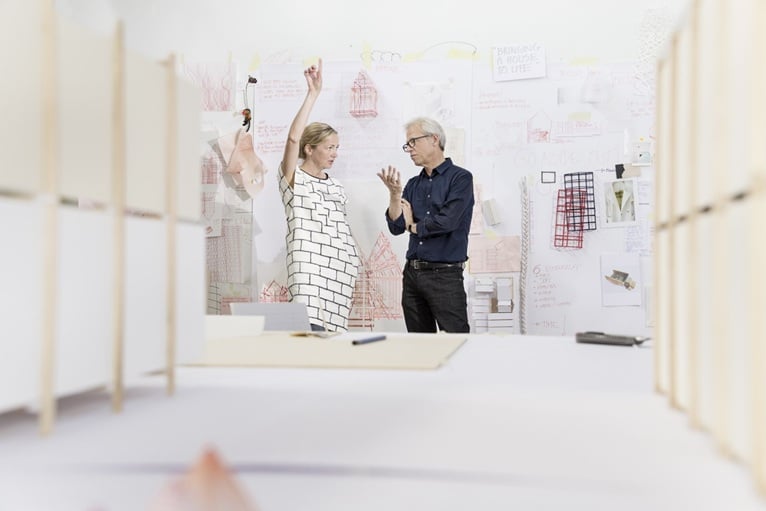 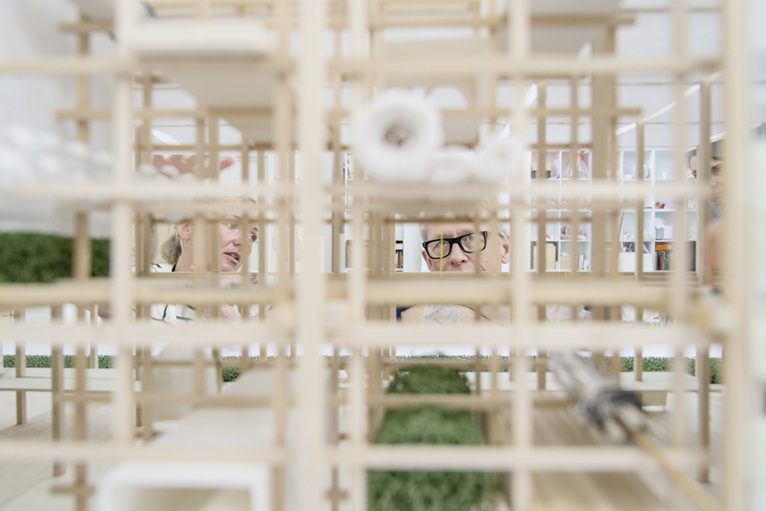 The designer is thus deliberately focussing on just a few crucial functions – such as the light that is so essential to the atmosphere – and depicting them in symbols. There are huge cabinets, lamps, tables and mattresses – permanent built-in fixtures that represent basic functions for the users: something soft that enables them to lie down and relax instantly, work surfaces meant for productive activity. "These functions are going to be given high priority in my 'Haus'. Because some things are fixed – including a very long work surface in the kitchen and a surprising amount of bed space – the interior also permits a great deal of flexibility," says Louise Campbell in explanation of her design concept. Louise Campbell's design demonstrates the broad scope of the "Das Haus" format The third "Das Haus" cenography thus differs considerably from its predecessors, which created a more or less readyto-use, cosily furnished house organised into a sequence of spaces. Louise Campbell, however, turns "Das Haus" into a stage for her own, very personal interior manifesto, a place that tells a lot of stories without the need for words. The most important advance cue she wants to give visitors is an allusion to the stories of Alice in Wonderland. And so, like Alice, visitors to "Das Haus" 2014 can look forward to a fascinating play with dimensions. 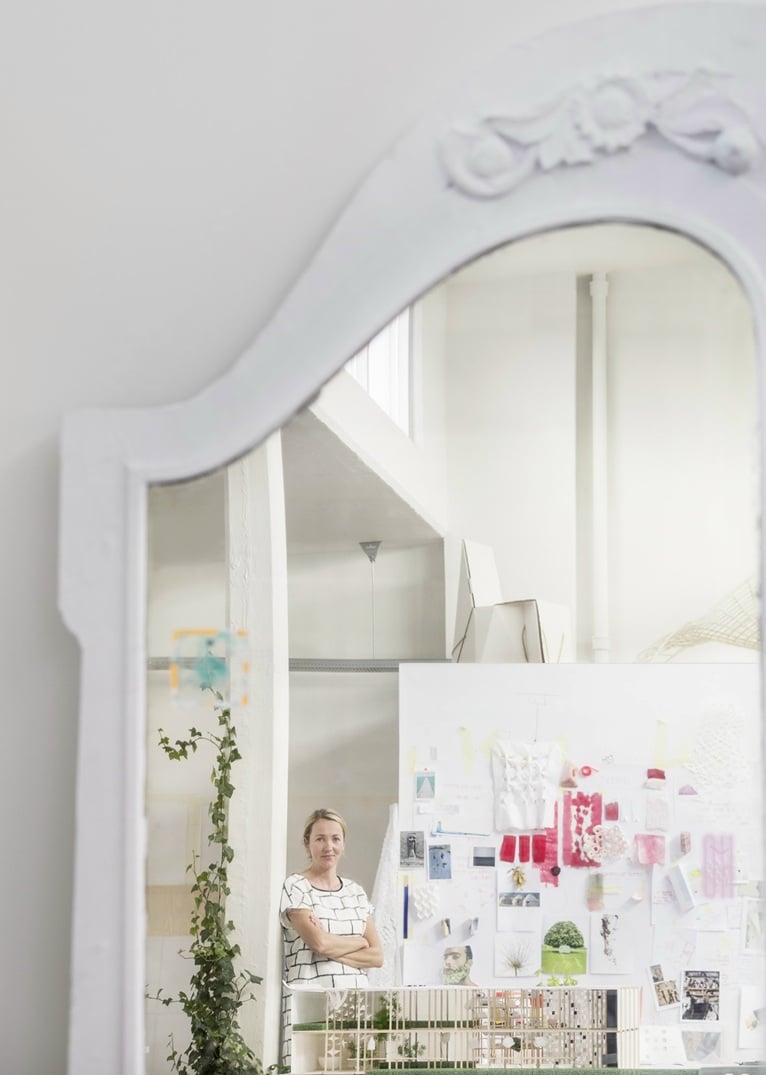 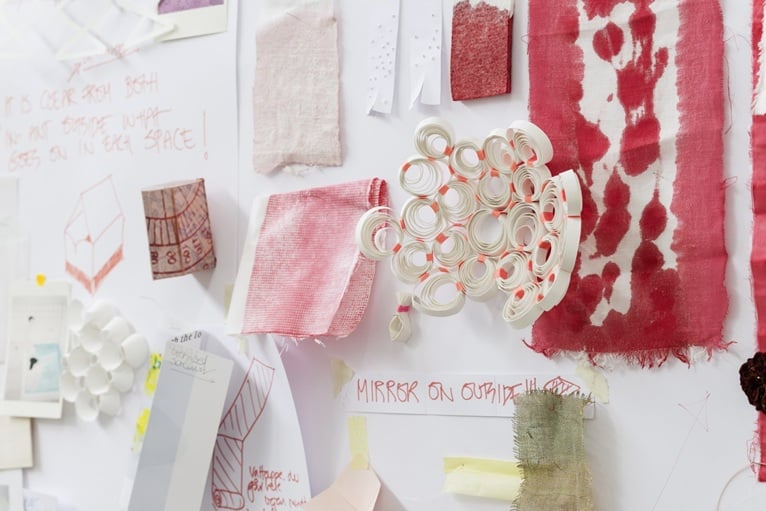 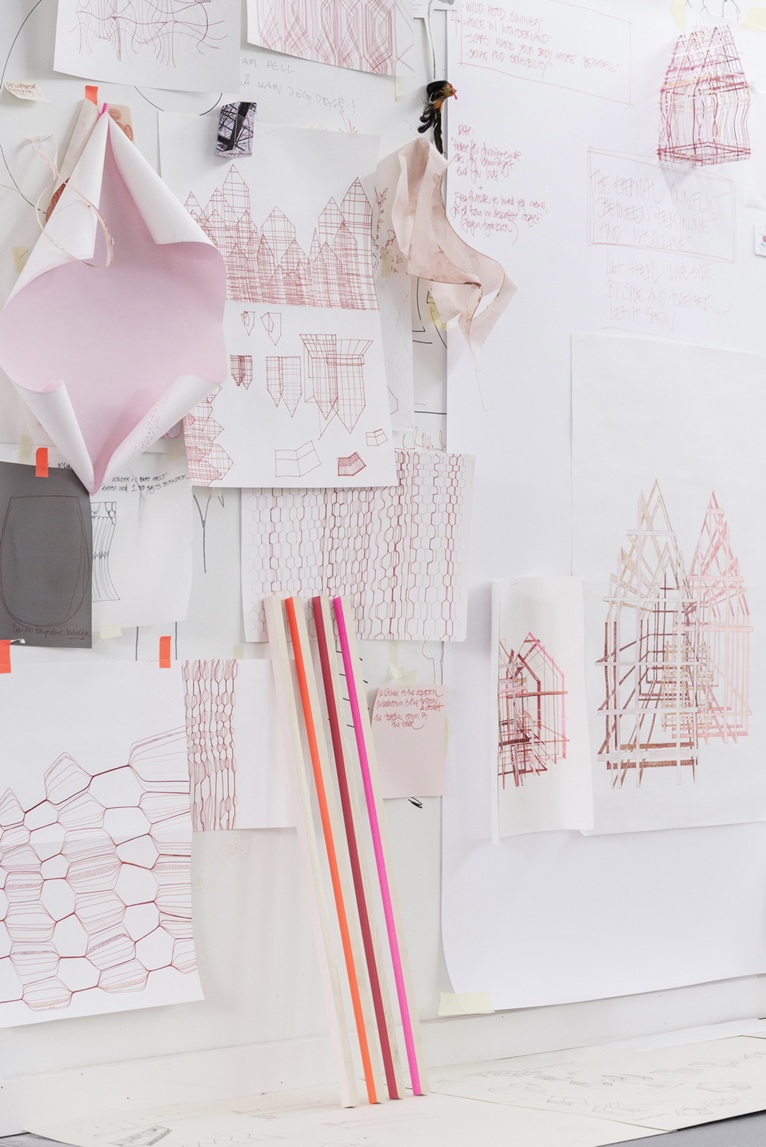 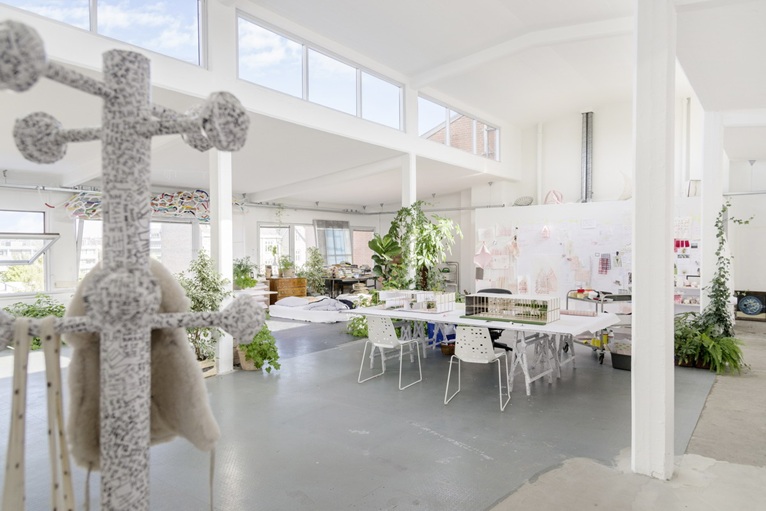