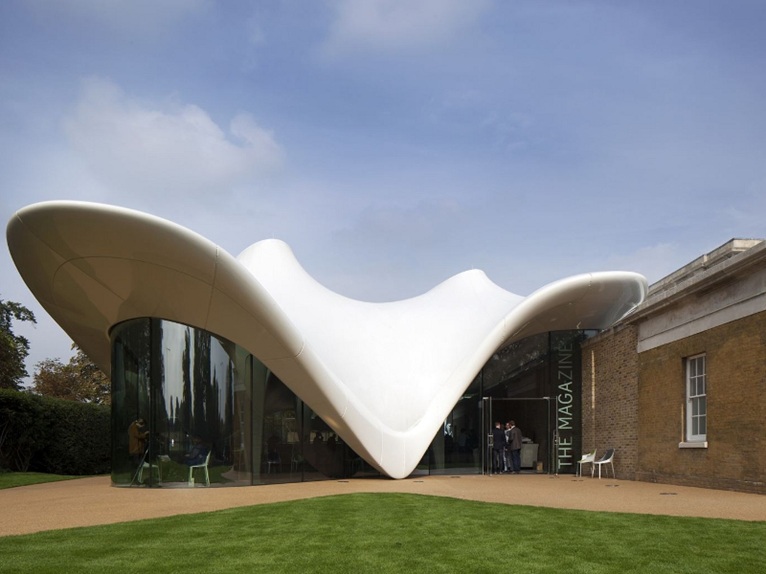 The Serpentine Sackler Gallery designed by Dame Zaha Hadid and Patrik Schumacher gives new life to The Magazine, a former 1805 gunpowder store, located seven minutes’ walk from the Serpentine Gallery 2013 on the north side of the Serpentine Bridge. The Serpentine’s second space in Kensington Gardens is set to become a new cultural destination in the heart of London with 900 square metres of new gallery, restaurant and social space. The gallery, which opened last Saturday 28th September, will add to this autumn's unrivalled programme of exhibitions and events across both Galleries and into Kensington Gardens presented by the Serpentine. 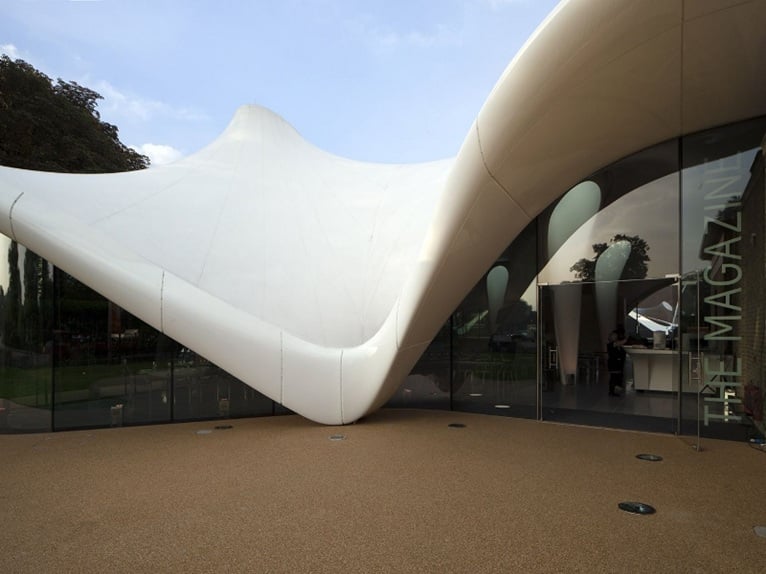 The Serpentine Sackler Gallery consists of two distinct parts, namely the conversion of a classical 19th century brick structure - The Magazine - and a 21st century tensile structure. The Magazine was designed as a Gunpowder Store in 1805. It comprises two raw brick barrel vaulted spaces (where the gunpowder was stored) and a lower square-shaped surrounding structure with a frontal colonnade. 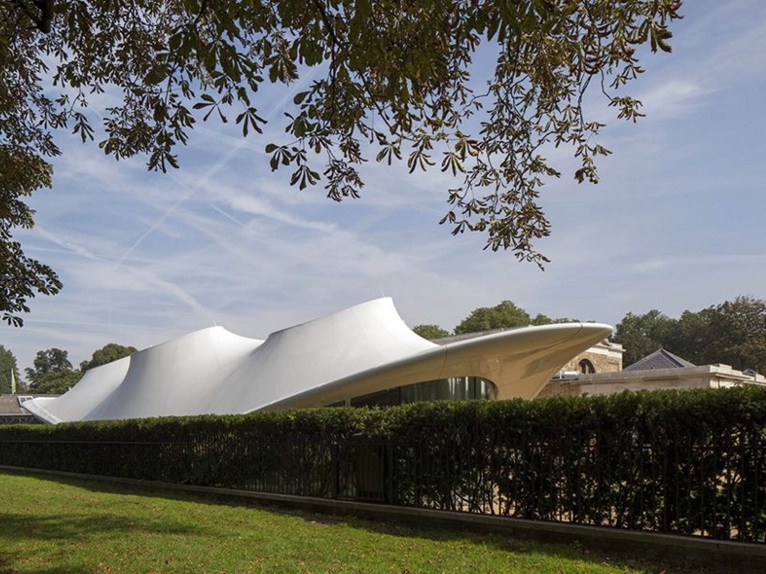 The tailored, glass-fibre woven textile membrane, which gives the gallery its 21st century allure, and its unmistakeably Zaha Hadid Architects trade mark, is an integral part of the building’s loadbearing structure. 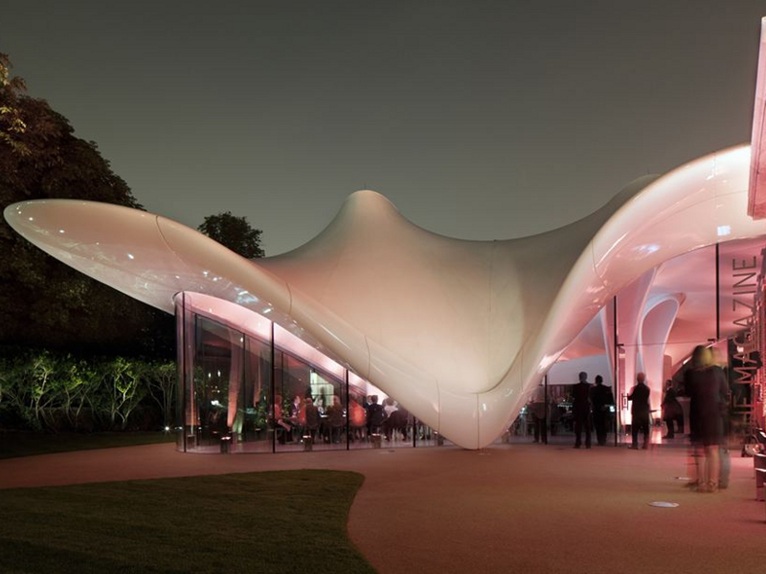 After MAXXI in Rome this is the second art space where Zaha Hadid and Patrik Schumacher have created a synthesis of old and new. Seemingly ephemeral, like a temporary structure, it is actually a fully functional permanent building, the architects first permanent tensile structure. 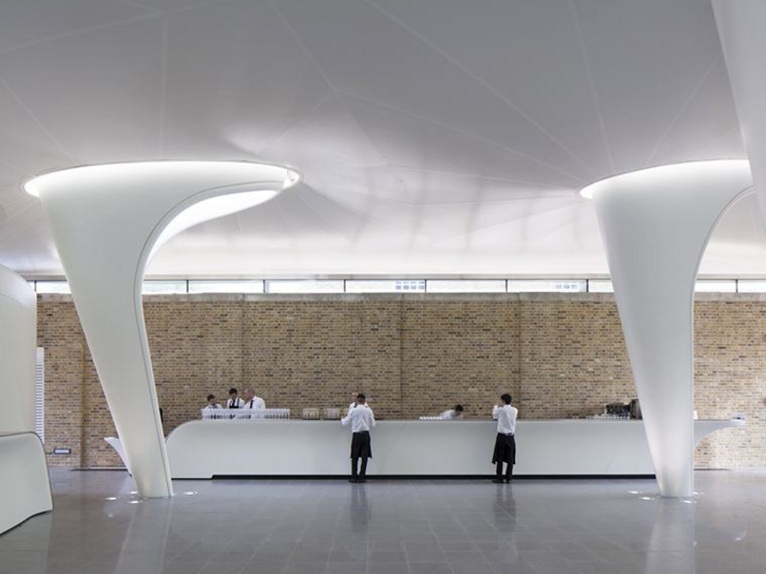 The new extension contains a generous, open social space that will enliven the Serpentine Sackler Gallery as a new cultural and culinary destination. The extension has been designed to complement the calm and solid classical building with a light, transparent, dynamic and distinctly contemporary space of the 21st century.