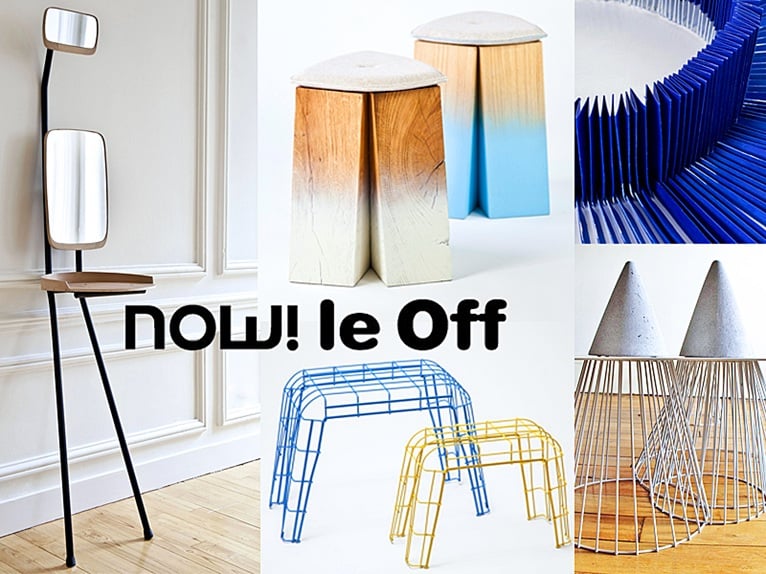 Here's just a taste of the projects that will be presented. enjoy!

The designer Florent Degourc presents the Tchancayres wooden stool. In Gascon - a French dialect - «Tchancayres» refer to stilts. Here the symbolic is paradoxally misused. Stilts become massive, raw, anchored in the unsteady soil that saw arise by necessity. The apparent lightness of these guardians is here associated with the strong build of the rustic men from this region, which was not long ago only a swamp. 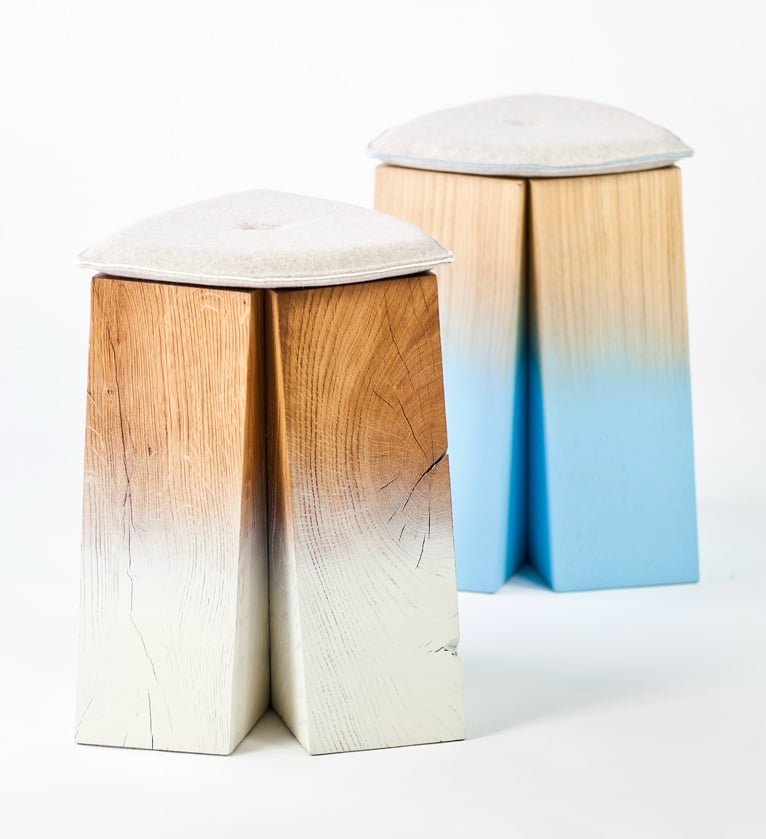 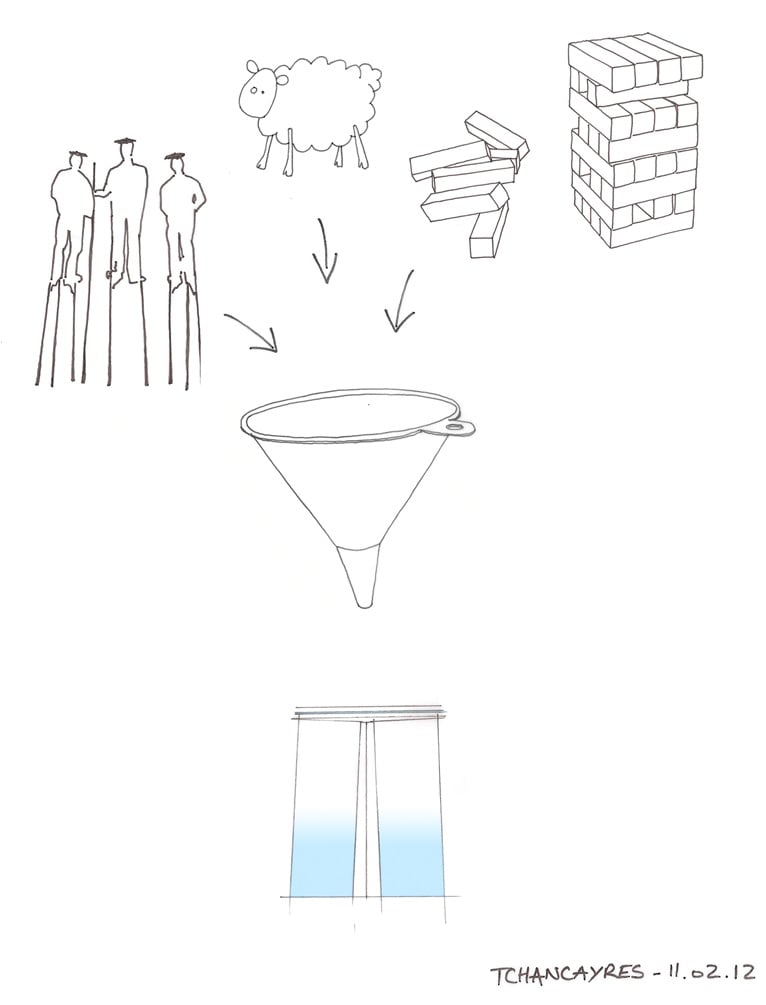 The Parisian designer Mélanie Husson shows at Now le off ! 2013 Trait d'union, a project about the assembly, regular concept in designer's work. But generally, assembly is a technical question, something you want to hide. That's why she searched how the assembly can draw objects. She says :

"How assembly can contribute to the design of an object in its identity and its mechanical properties? The sealing is an assembly that I choose to invest. It uses a material which changes from a liquid state to a solid state. This change of state allows, during hardening, to maintain elements together in a sustainable manner. This assembly technique is very present in architecture. I wonder how I can reinvest it in the object. I choose the duo paper/concrete. The sealing of this two materials provides structural qualities, reversing usual strength relations : paper maintains concrete. I choose to invest this research in the design of a table." 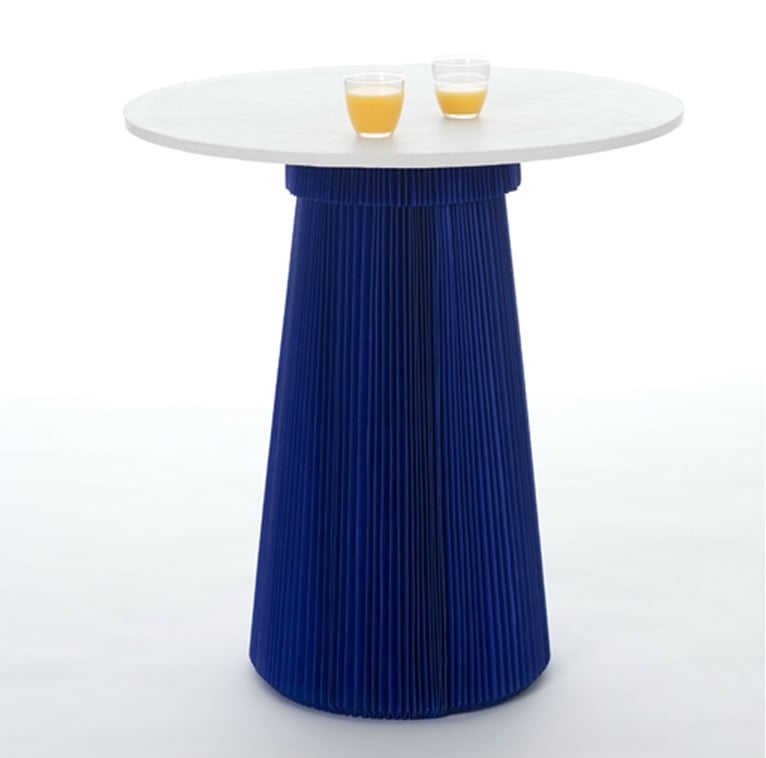 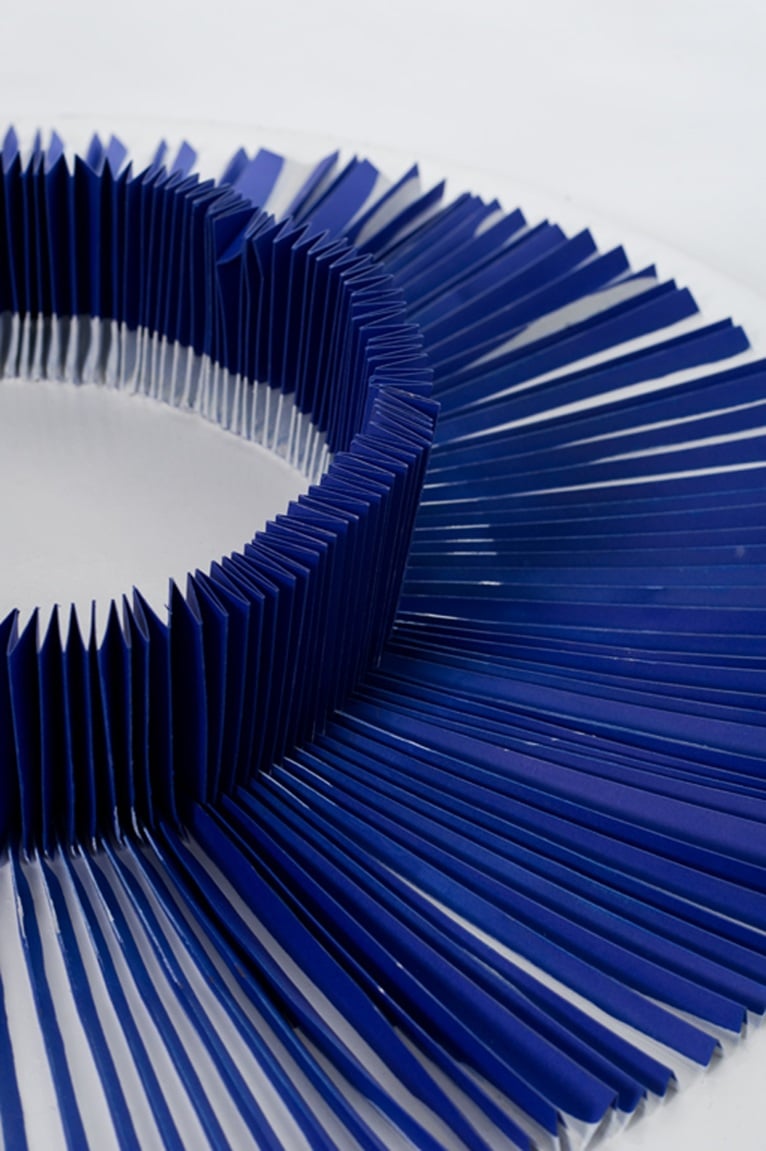 Fabien Barrero-Carsenat is an independant designer based in France. He works using the natural roughness of materials such as woods, marbles or ceramics into a relation linking old-fashion and contemporary processes. Inspired from slow design thinks, purity and materials identity, he valorises what persons use to name "imperfection" into a unique aesthetic.

«Vuoristo» means Mountain in Finnish. Reliefs and snowy landscapes, have designed this delicate and refined coffee table. Asymmetric, it is the opposite of regularity as panorama of northern countries, lines are pure and fresh. The rocky peaks, rise above the table like above the clouds. It consists of three parts : legs and table plate, both steel made and painted grey snow RAL 7035. As well Cones turned shaped in volcanic rocks. For reasons of sustainability and local development, we choiced the Volvic stone. Extracted and shaped in France at Volvic in the Puy-de-Dome by a traditional craft. 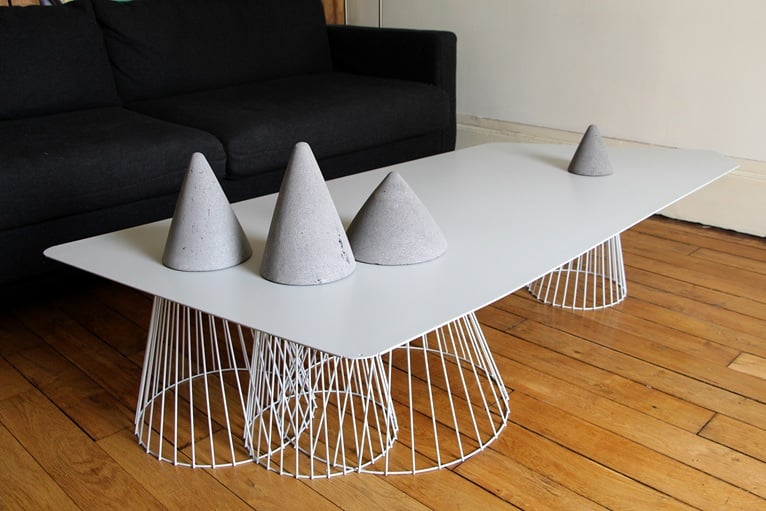 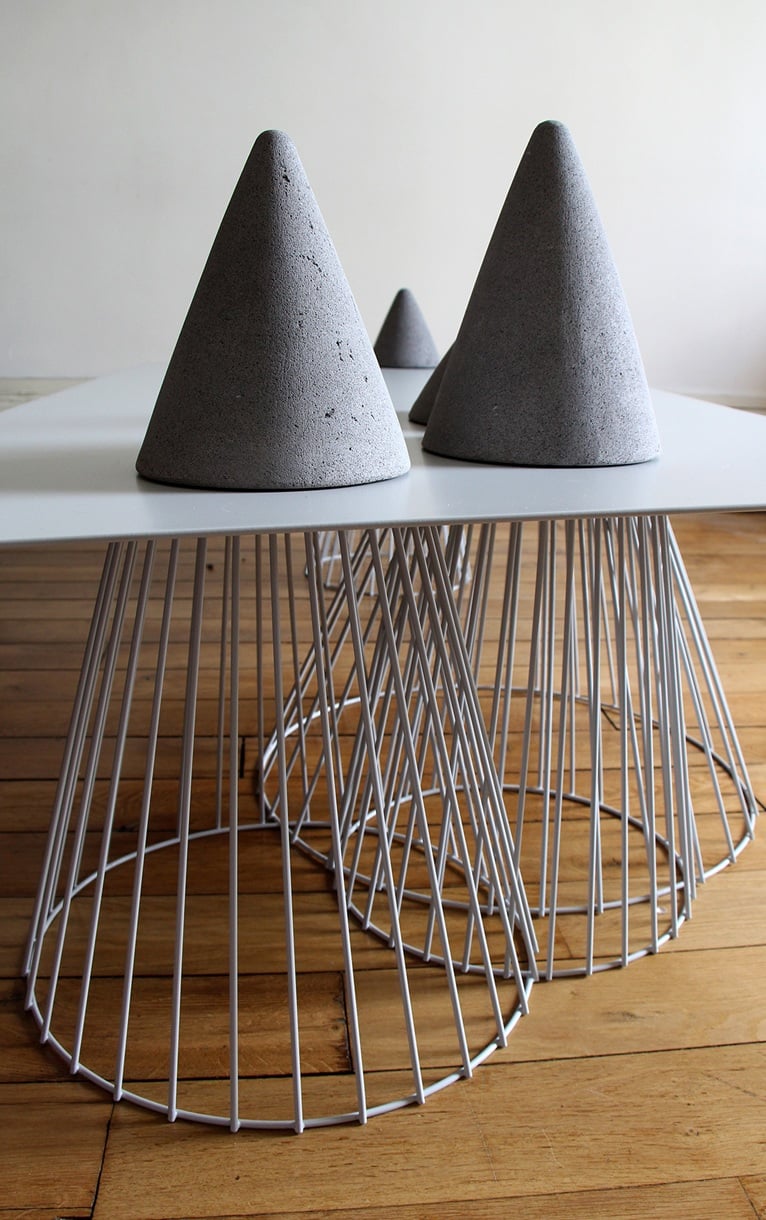 Violaine d'Harcourt is a product/furniture designer born in Paris in 1987. During Paris design week she shows the dressing table Fanfan. Its utility is very topical : narrow and mobile, it stands against a wall, a table, or even in a wall angle, in order to be compatible with small spaces. The bigger mirror, going with a beech table, is adapted to the sitting position of the user, whereas the tiny one, inspired by a rear-view mirror, is adapted to the standing position. It is fixed by a ball joint and is reclining in any direction, for a great adaptability. 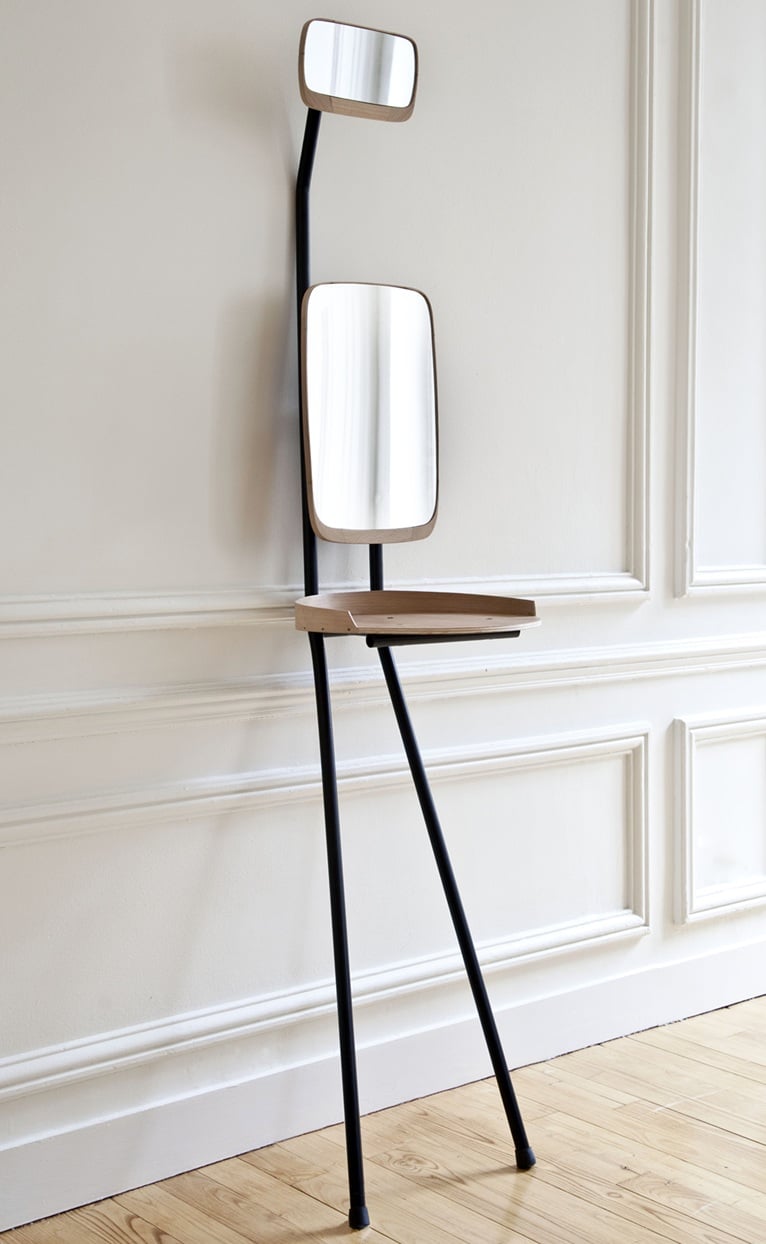 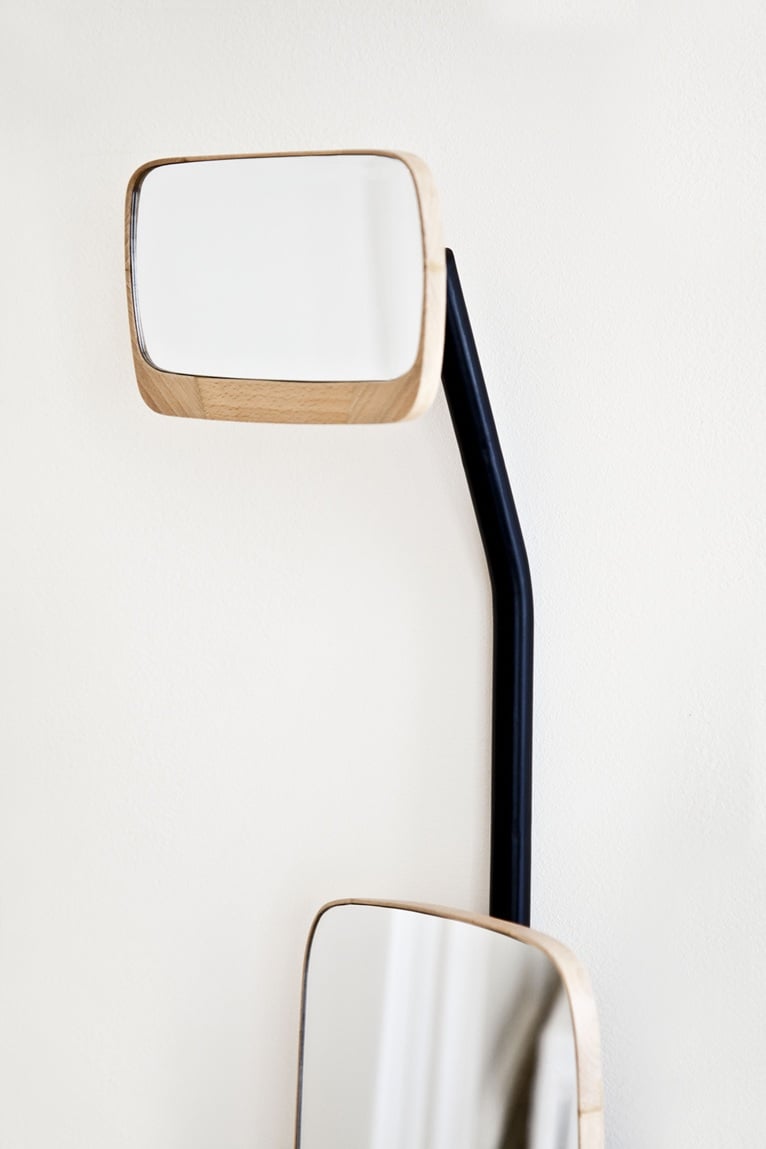 Jules Levasseur presents a project called Restructurations. He says: "Cable mesh tray is usually used in architecture to support cable network. This project, based on this product, show it as raw material, that could be used by craftman, to make furniture or any diversifyed independant creation. What I made with it, is a set of furnitures, based on structural functions, like stools ans shelfs. Bright colors give more graphism to the object. This project gives an industrial vision of an artisanal manufacture. It is also produce into an autoproduction way, by my self." 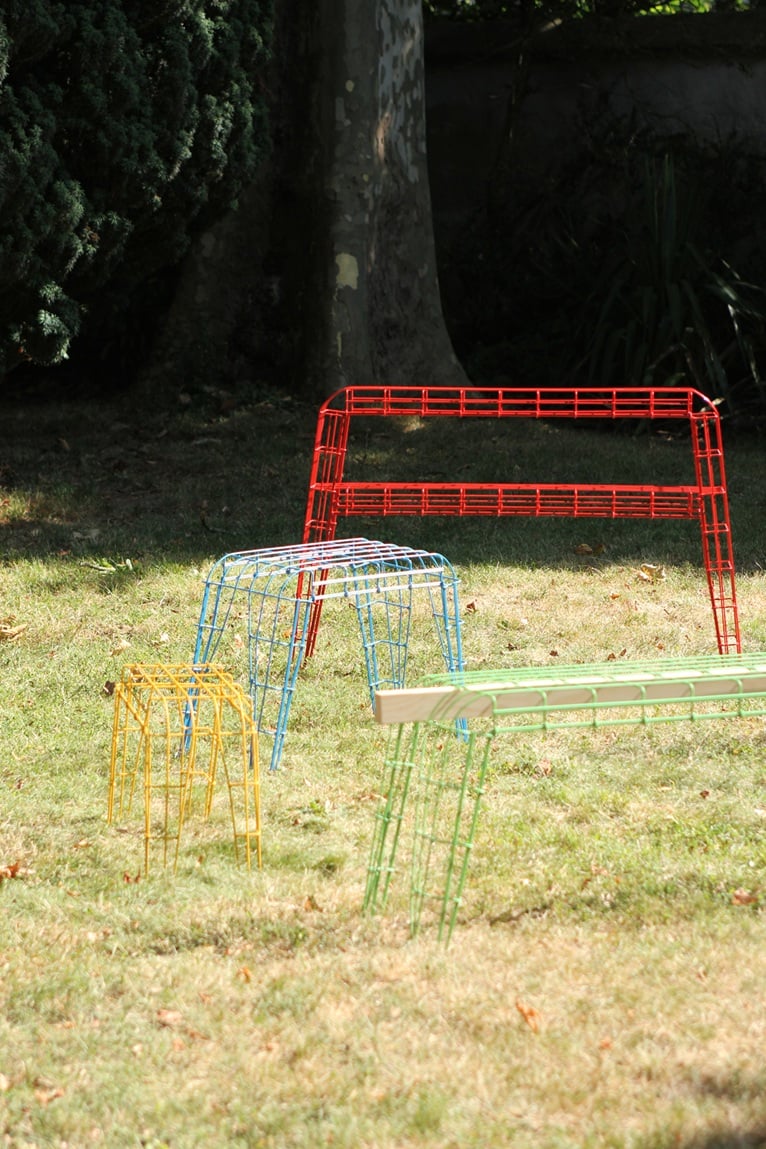 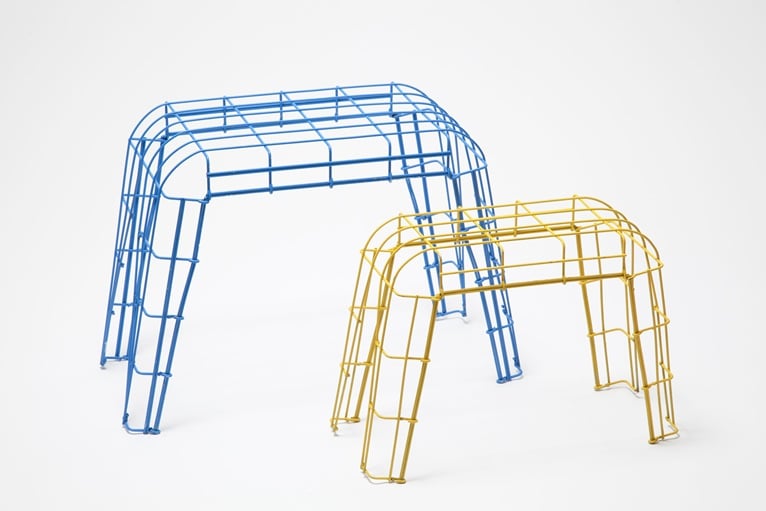