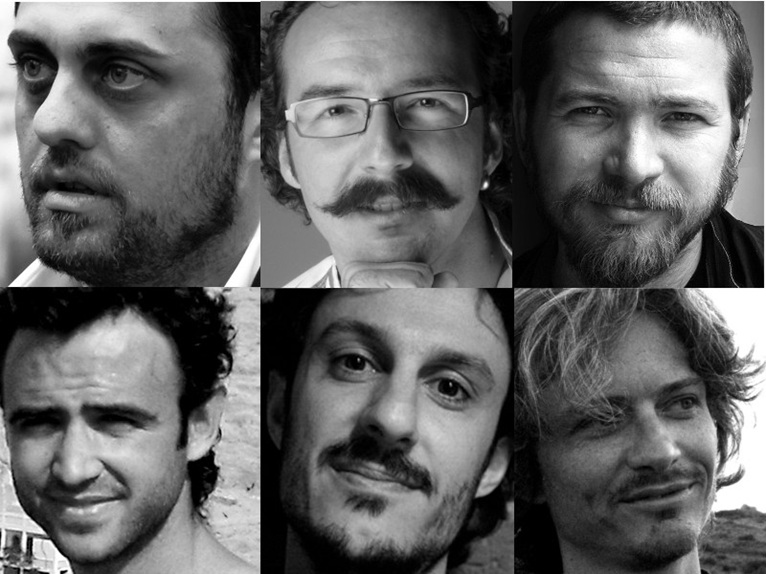 Following an initial project experience in Mozambique in 2007, promoted by Vento di Terra NGO, the office began a path of international cooperation to address and solve problems in emergency situations. From 2009 to 2012, they created three schools in Palestine - The School of Tires, The School in the desert and The earth-bags school. 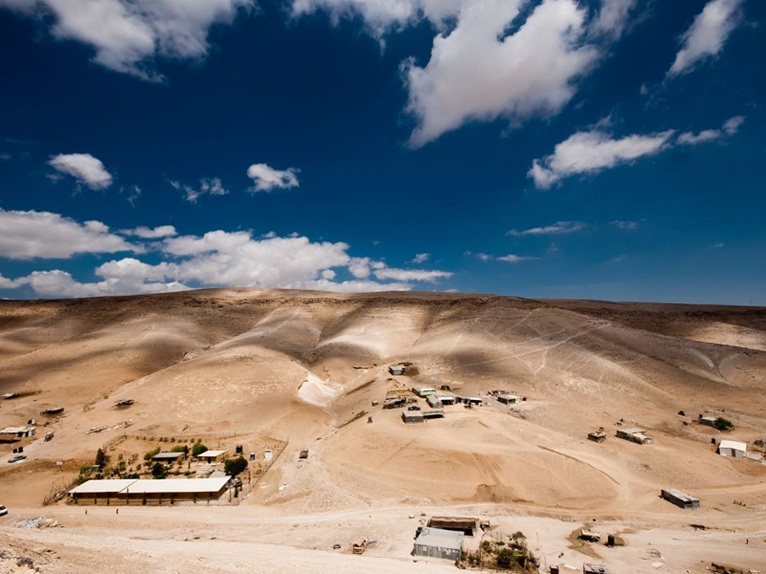 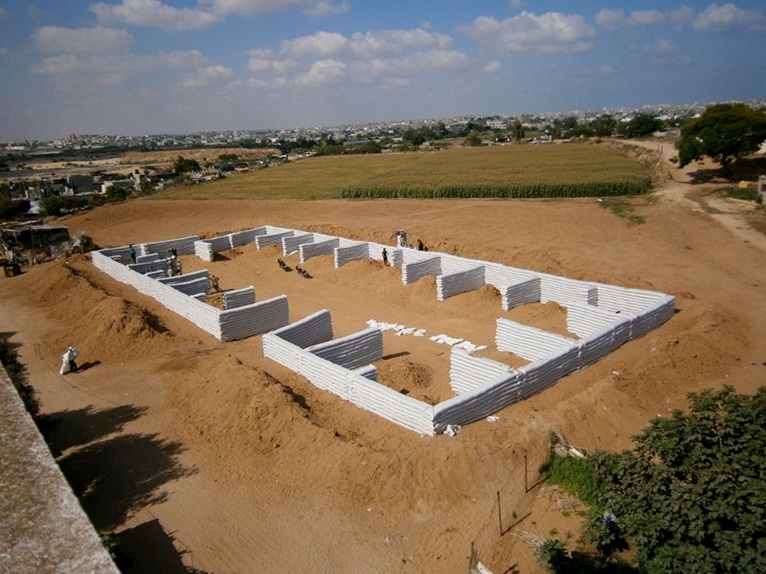 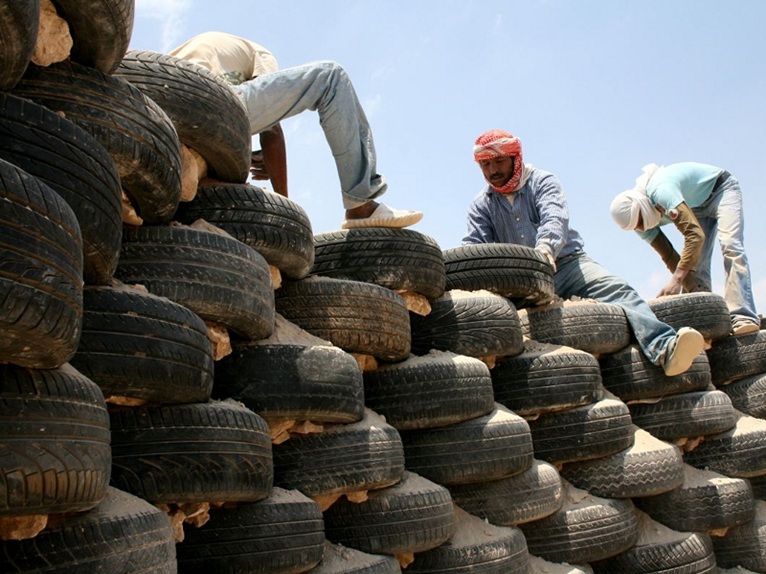 Their projects express sustainability criteria, focussing on the social meaning, through processes that increase the self-construction by the inhabitants and the choice to employ techniques aimed at recycling and at using poor materials.

Your office has always been involved in projects focussing heavily on the social sphere, what do you see as the role of the architect within the contemporary society?

In the conclusion of the essay “For an integrated architecture”, Walter Gropius, founder of the Bauhaus school, wrote “We began to understand that shaping our physical environment does not mean applying a formal fixed scheme, but is rather a continuous, internal development, a belief that it should continually recreate the truth at the service of mankind.”

Starting from this quote we believe that the architect has always had the same role in the society contemporary to it. However, the societies are in evolution and thus mould the replies that the architect has to find to solve the contingent problems connected to living. The economic crisis, but before that the contexts where we have operated up until now, have forced us to make a profound consideration of the centrality of architecture at the service of mankind, at the service of primary needs to be answered in the short term and especially at low costs.

What project has been the biggest challenge for you as designers? 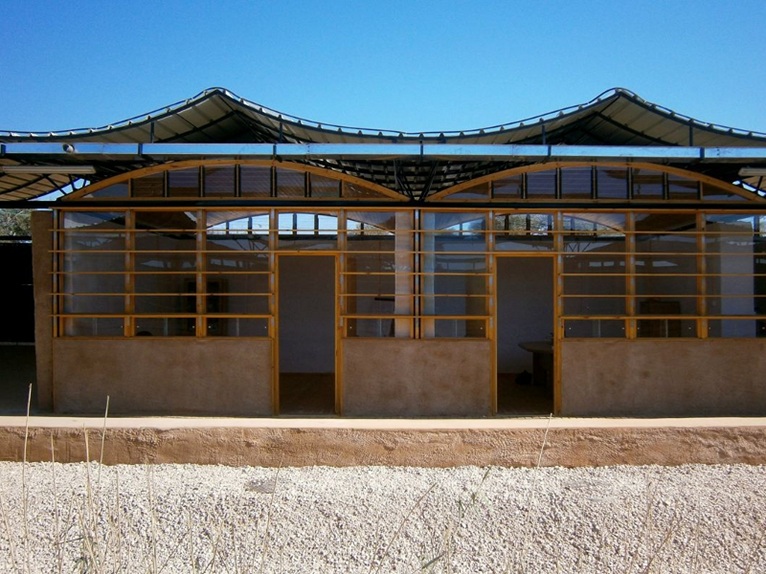 To date, we believe that the most complex challenge was to design and implement the school dubbed “The Land of the children” the UUm al Nasser children centre - Gaza, in the Gaza Strip. Like for the schools previously built, the construction technique of earthbags was selected especially for this project. 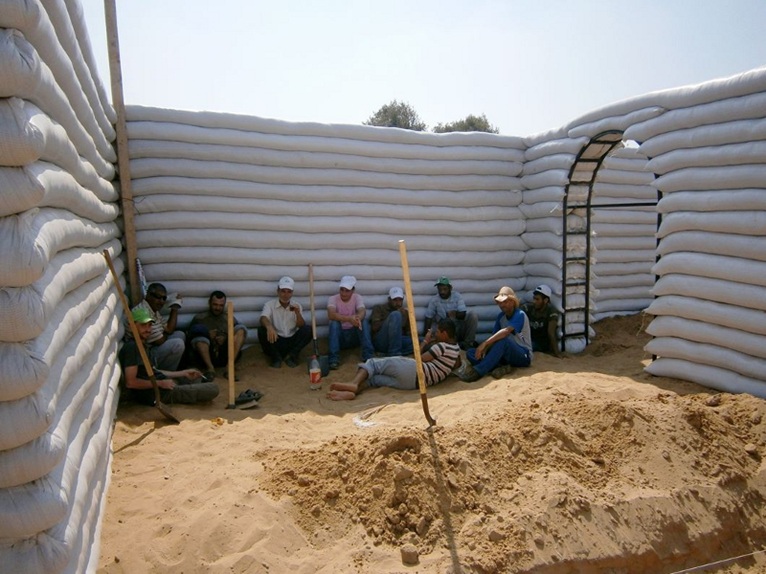 In addition to the complexity of experimenting a new technique, the challenge established was that of creating a building in keeping with the Low Tech philosophy developed up to that point, but at the same time that of paying greater attention to architectural detail and thus to the aesthetic aspect. Criticism that was levelled us on presentation of the “Premio Fondazione Renzo Piano” in June 2011 by the architect himself with reference to the School in the Desert of Abu Hindi. 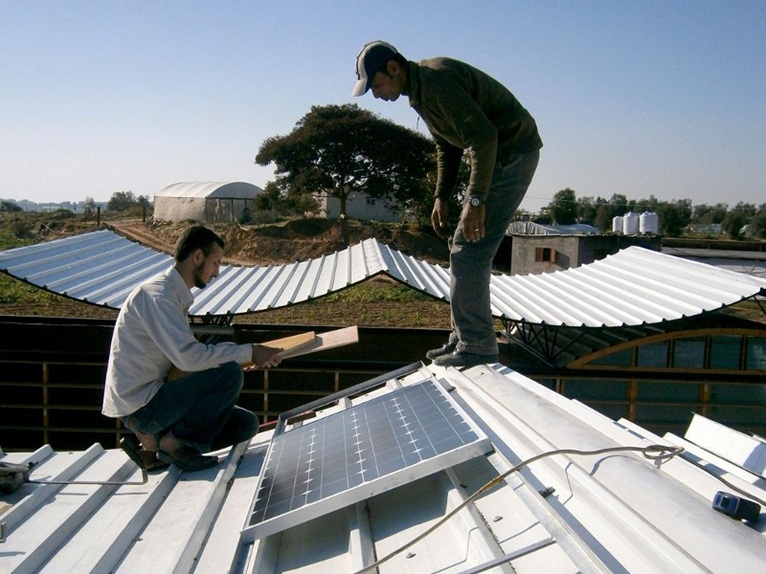 In addition we should not forget the structural complexity of this project, including a system of photovoltaic panels integrated into the roof, and a water phyto-purification system that characterise the inner courtyard. 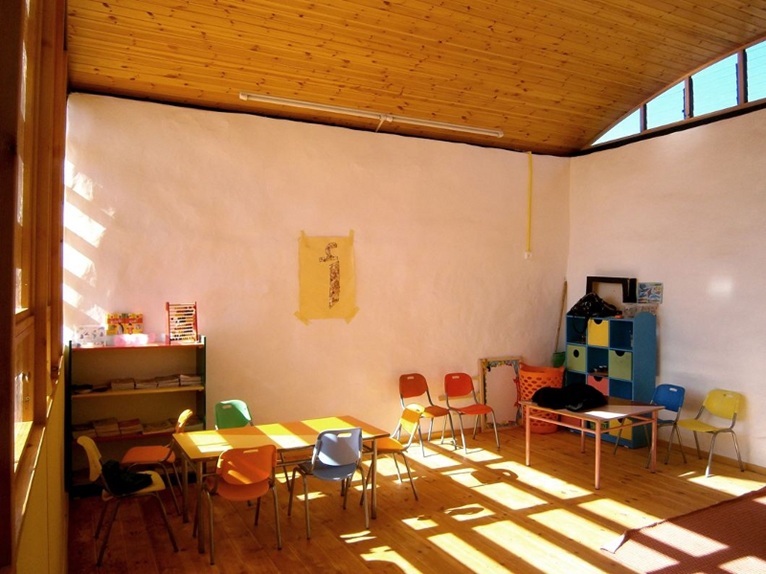 The collaboration with MCA - Mario Cucinella Architects was important in the design phase for the sizing and resolution of technical-plant issues and for the comparison with a much more consolidated and asserted office than ours.

Like never before, in the Venice Biennale 2013-Common Ground, even great architects like Norman Foster questioned themselves on topics like informal communities, self-construction and “poor architecture.”

What do you think might be the direction that architecture will take, especially in this period of economic recession?

In our opinion, the economic downturn should be transformed into an opportunity. We must rethink the rules that have brought us to this situation, which now seems a dead end. Even architecture has to recover its social value, which arises from real instances. Referring to the last Biennale of Architecture, we had the honour and pleasure to be present with a video on the public space displayed at the Italian Pavilion, curated by Luca Zevi, reMADE section, curated by Maria Luisa Palumbo.

The creation of the video project presented is intended to highlight the originality in tackling issues related to the creation of public space solved with conscious focus on the sustainability of the project, also split into its social, environmental and economic components. We began by reflecting on the key variable that represents the container of every public space: the void; that means the space between things and the ability of the project to build relationships, develop processes, provide new visions. 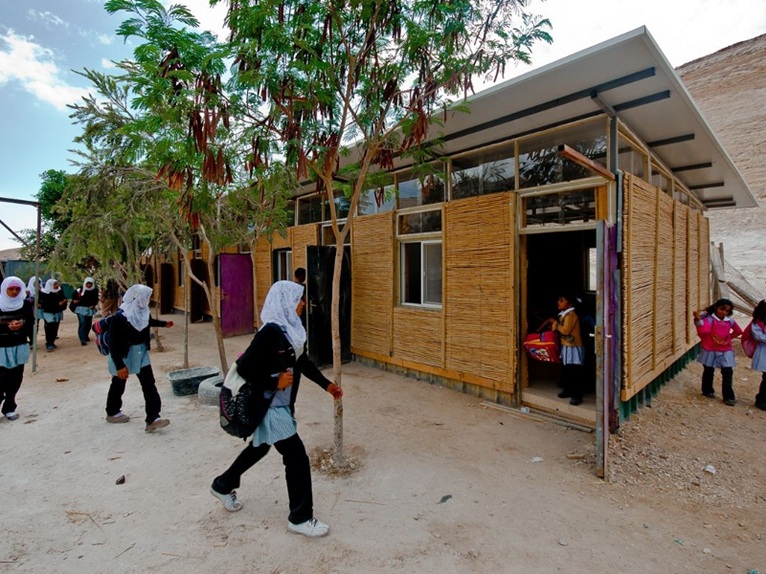 The research has focused on projects capable of being resilient in this time of crisis that we are going through and thus of continuing to function in spite of occasional disturbances, or which consider the disturbances themselves a project opportunity. All projects included in the video are examples of organization and development from below as were the schools that we built using self-construction in Palestine. 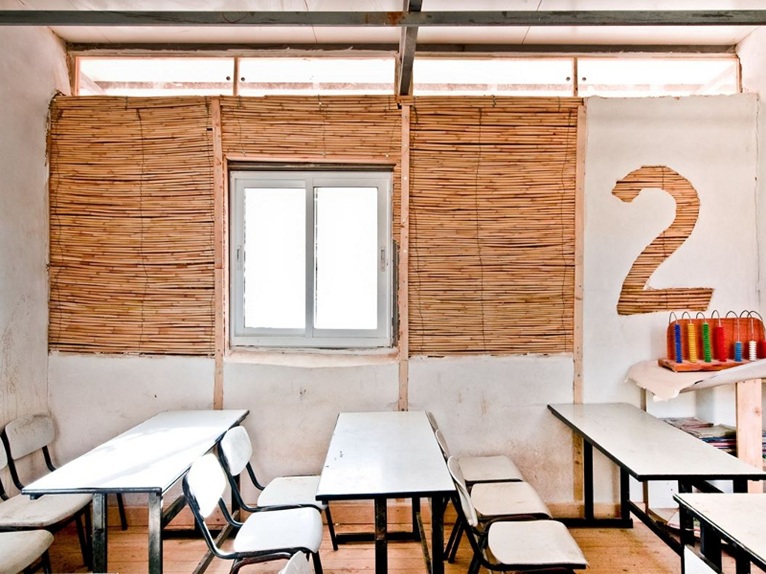 Seeing these topics discussed, not only by us, at the last Venice Biennale was the proof that we are on the right track and a demonstration of how the future of the design process is to be found in the collaboration between architects, clients and the general public, with the aim of reclaiming the space, giving this a vital and unifying function.

What has been the most challenging project for you during your career and why? 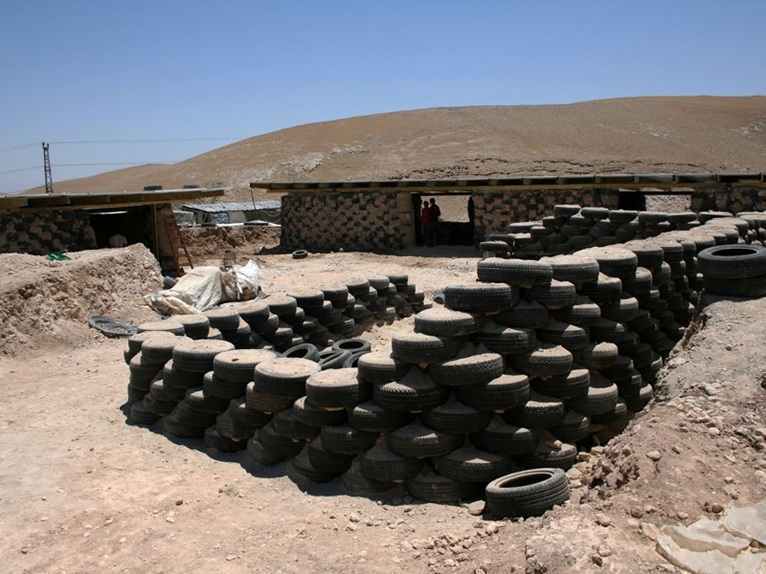 We can define the school at Al Khan Al Ahmar, better known as the The school of tires, as challenging because it was the project that initiated the consideration that has led us to becoming what we are today and what we offer. The meeting with the NGO Vento di Terra and knowledge of the reality of the Jahalin of the Beduin camp forced us to deal with an essential aspect of the architecture and that is satisfying a basic need. 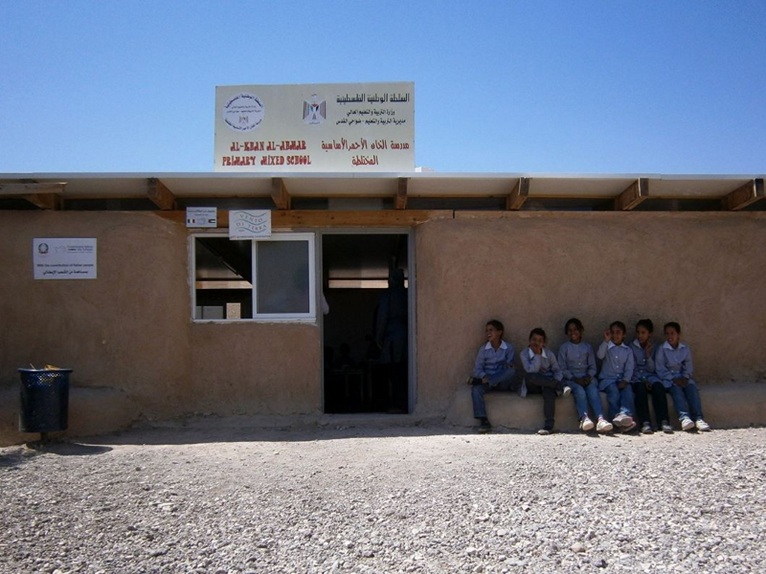 Many stimuli came from the many constraints that gradually appeared, like: desert climate, speed and simplicity of construction, minimum costs and unskilled local labour.

From these constraints we created a project that combines simplicity and rapidity of construction with high thermal and static performance. The walls were made from used tires filled with earth and the roof from sandwich metal sheets supported by wooden beams. This part was completed in just 2 weeks with a very low initial budget of about 15,000 Euros.

The work site experience was equally exciting, shared with the Bedouins who physically built the school and with whom we communicated through a “booklet” containing a sort of assembly manual. This tool was then used in all subsequent projects. Explaining the project not only with worksite technical drawings, but also by portraying the construction phases gave us a further stimulus and food for thought as well as awareness of the process that we were setting into motion.