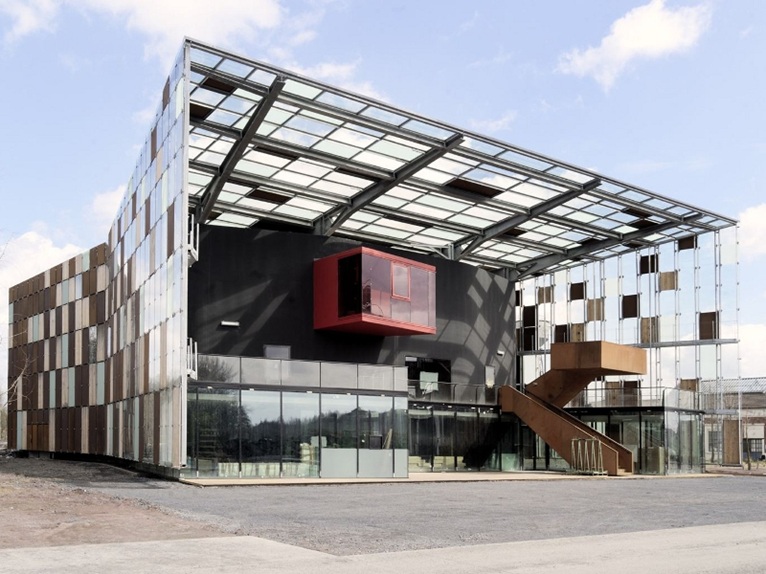 The Métaphone® by Herault Arnod Architectes has been inaugurated in Oignies (France).

The project, in addition to hosting a concert hall, becomes an “instrument of urban music” thanks to the shape of the exterior walls, which produce and disseminate sound through sensors positioned inside the structure. 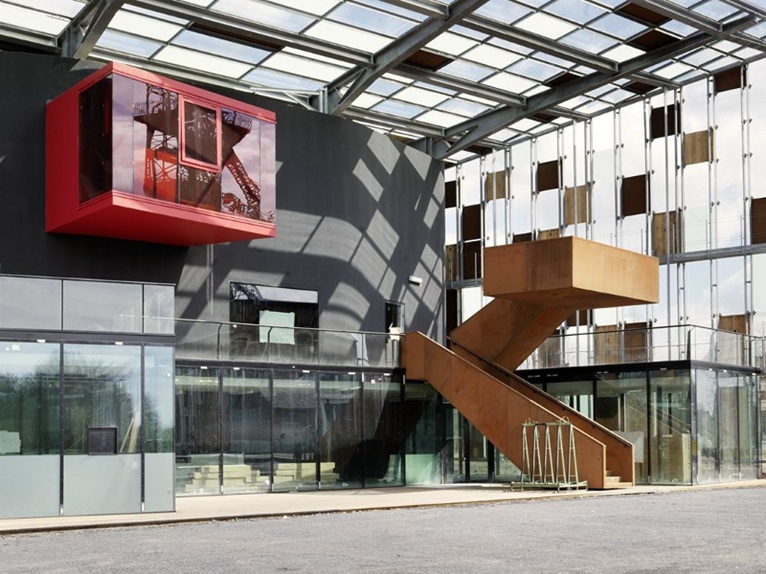 Both the concert hall and the annexed rooms (technical rooms and services) are contained within a black box of reinforced concrete, in turn covered by a steel structure composed of glass panels, wood and corten steel. 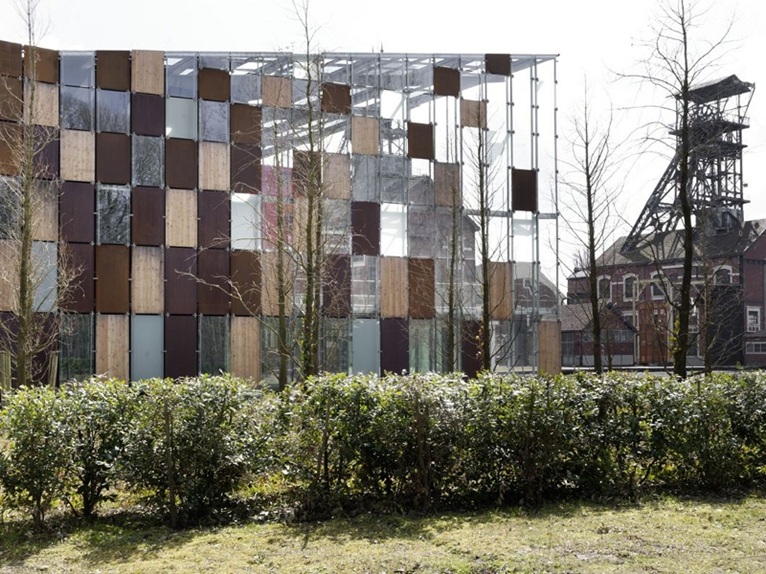 Suspended walkways have been made between the concrete mass and the external façade to install the musical equipment that generates the sound released by the coating. 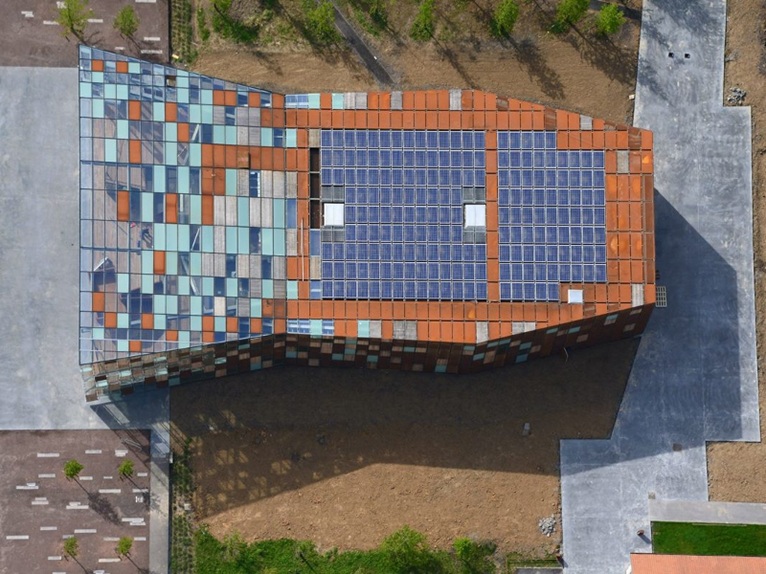 The panels allow the musical composition transmitted by the sensors to be produced through different acoustic properties. On the roof the external structure has been covered with photovoltaic panels to improve performance in terms of the energy sustainability of the building. 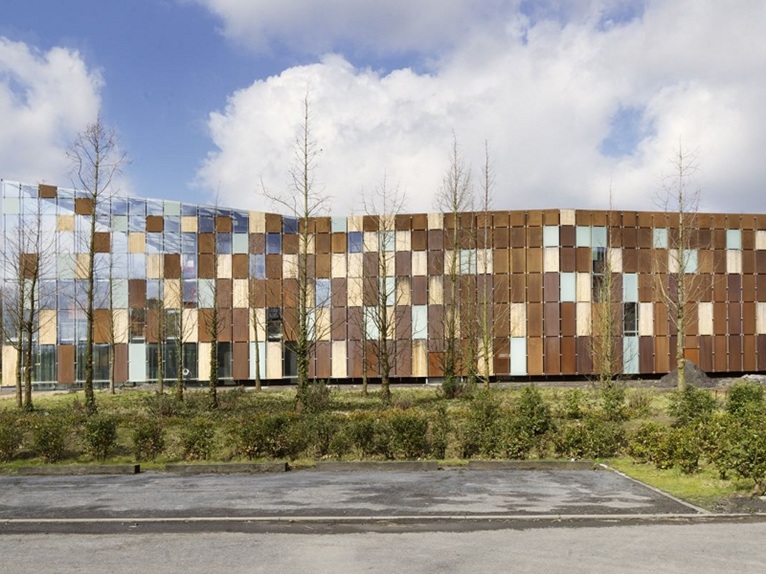 The modular organization of the interior provides flexible spaces that allow you to configure the concert hall with different capacities (500 or 1000 seats) according to the hosted event.