Olah was inspired for their silhouette by the dynamics and atmosphere of the most prestigious and demanding cycle race.
Each trophy weighs almost 4 kilograms and is more than 60 centimeters tall. The blowing and precise hand-cutting of the 4 trophies took the glassmakers hours. Each piece is created by sharp, precise cutters, which in a rotational shape evoke a crystalline form. 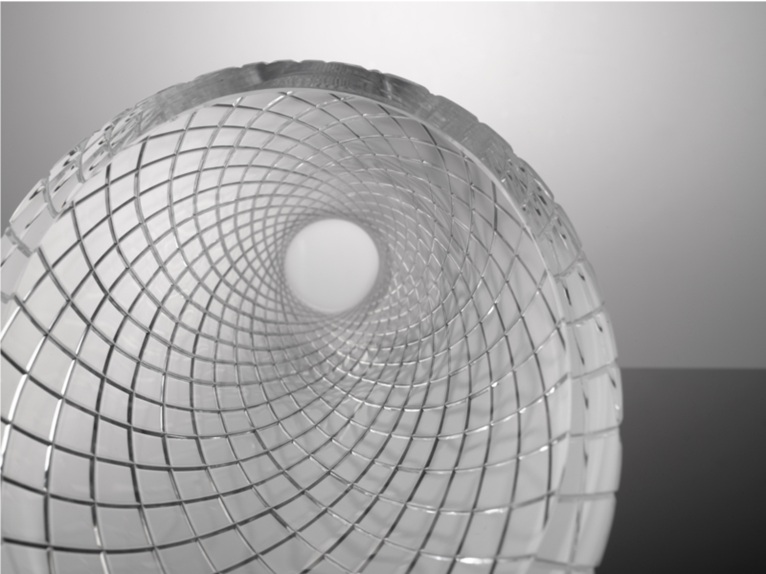 This year the trophy is produced from crystal and a layer of opal glass. The opal layer is ground using wedge-shaped cutters, which intersect. Due to this a design arises with a strict, geometrical decorative two-thirds shape.

By grinding off the opal layer the crystal glass is revealed. The brightness, shine and combination of cutting gives rise to a unique piece of art, concealing tradition and precision, a tribute to craftsmanship and respect for today’s design. 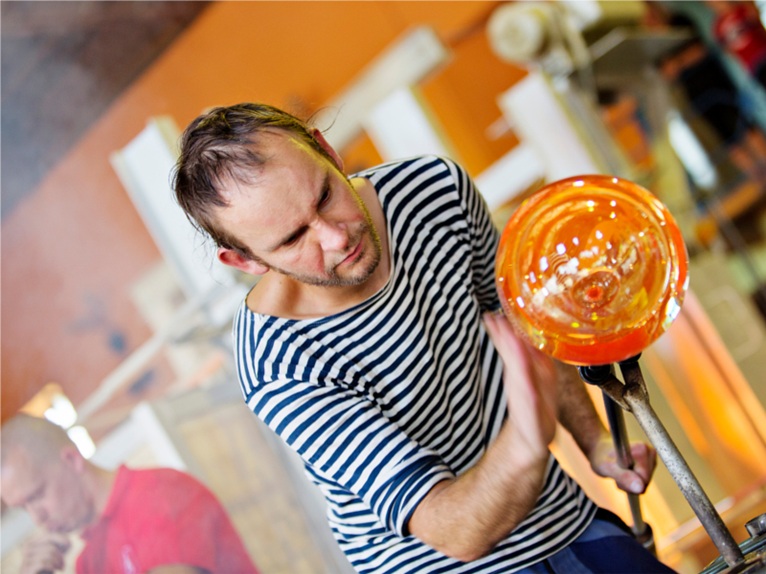 The trophy, produced by Czech glassmakers from Lasvit, merges the traditional technique of glass-blowing and the precision of master cutters.

The designer Peter Olah says “Working on designing the trophy for this fantastic race is an amazing challenge. And because I had the possibility to design it last year, when the design was a huge success, I decided that I would link my thoughts to that, even though this year’s design is an even more a celebration of Czech hand-cut crystal glass and precision with which Czech glassmakers can work with crystal. I am already looking forward to their presentation on Paris’ Champs-Elysees.” 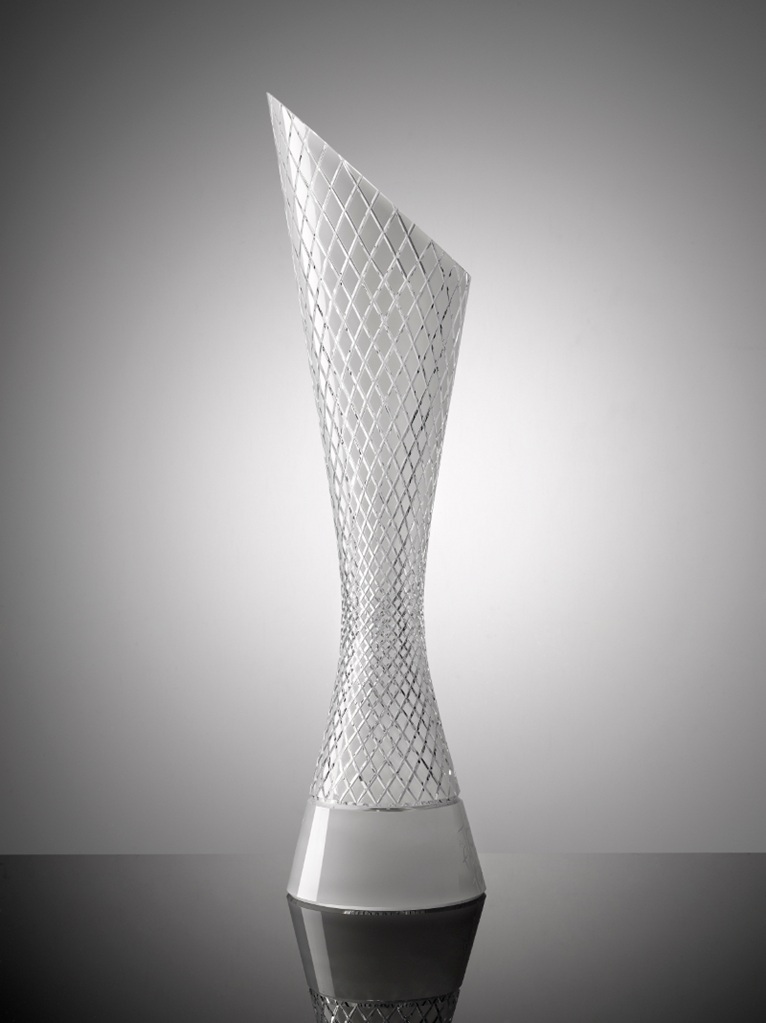 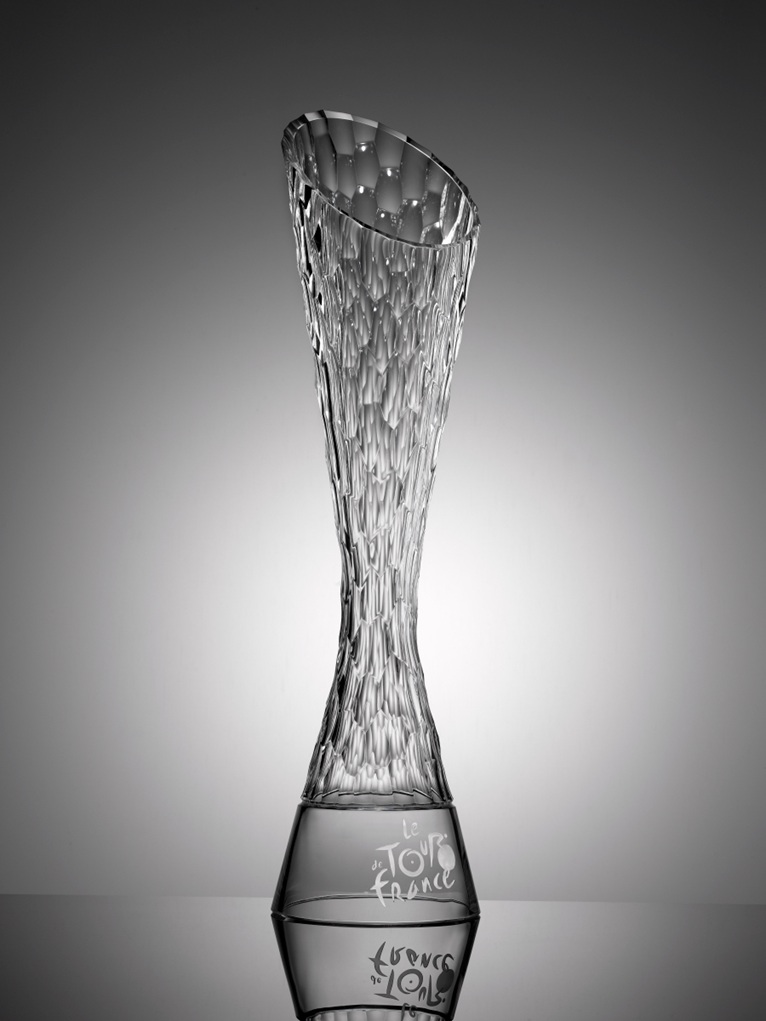 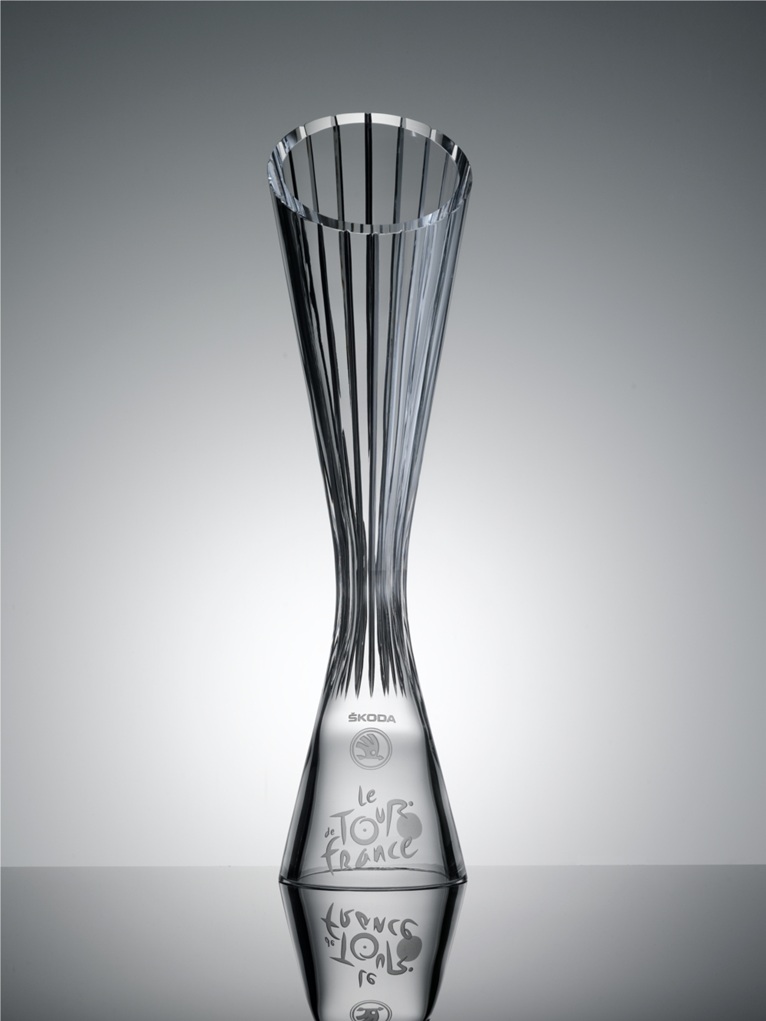