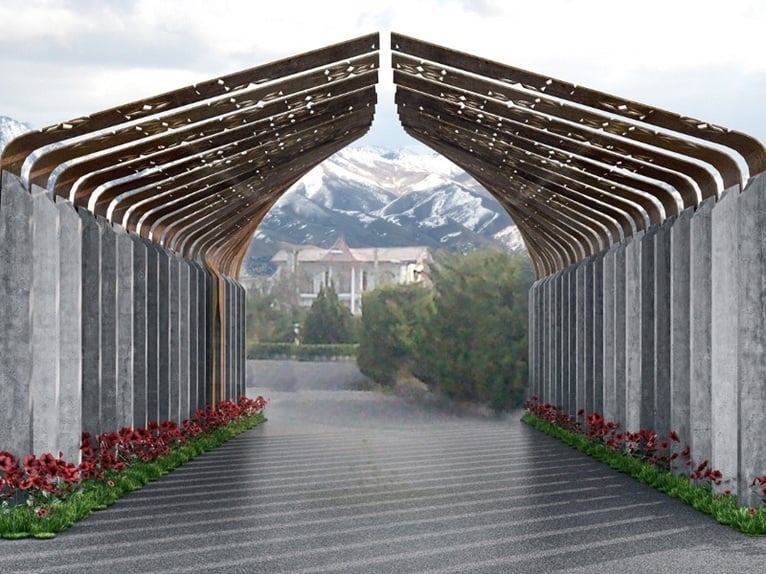 The Reyhan Gate International Competition for designing the entrance to a new residential area in the province of Mazandaran, in Iran, was won by the Trieste office waltritsch a+u with the collaboration of RNDR Studio.

The competition was organized by a private investor with the support of the Islamic University of Tehran and the local municipality. The private investor has built around thirty houses, with subsequent development program in place, on a lot along the shores of the Caspian Sea, approximately 200 km north of the capital Tehran. 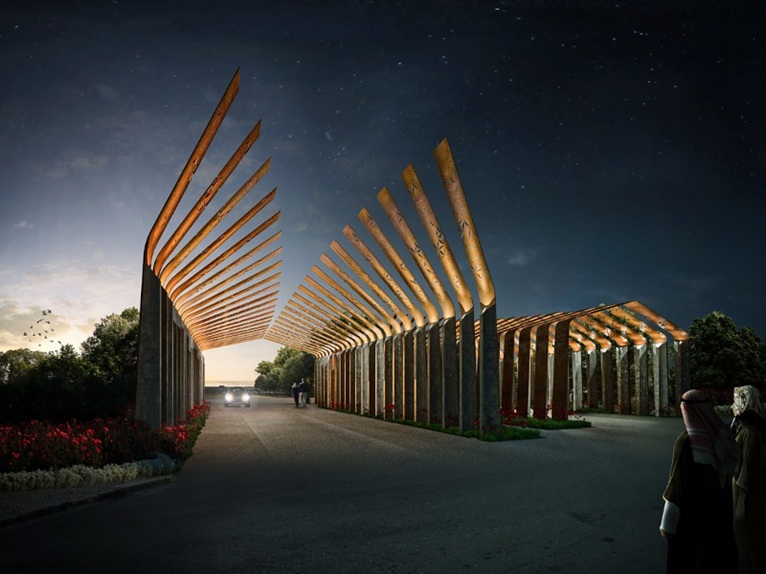 The jury praised the work of Dimitri Waltritsch, defining it “an elegant and charming passage, with interesting investigations in the cultural world and in the Persian architectural tradition”. 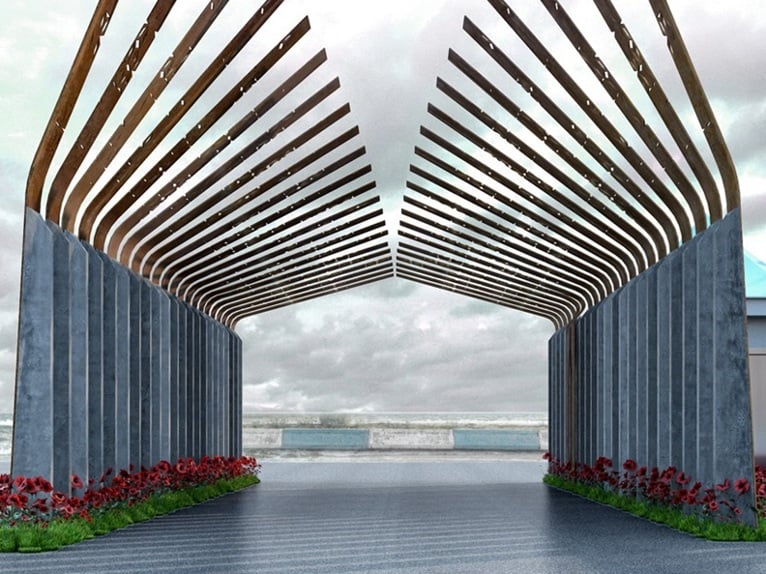 Waltritsch comments: “Building an entrance to residential complex can be considered a privilege for an architect, because it means being able to interact daily with a very intimate side of the people. The entrance will warmly welcome people returning to their homes and bless them before they emerge themselves in their daily chores [...]. In the project we have pushed our interest for Iranian and Islamic architecture and tradition to a point of reinterpreting it, giving us a large degree of freedom. We were interested in the forms of Persian architecture, as well as issues like light and decoration, but also interest in the design and implementation of textiles and carpets. In the region, like in the whole of Iran, there is a centuries-old tradition, that we felt compelled to incorporate in the project.” 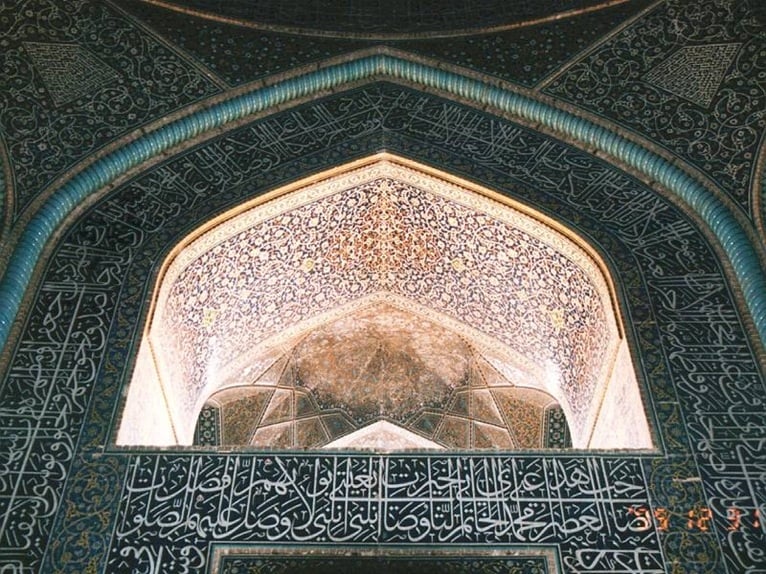 All this is summarised in a simple gesture, a simple architectural form, managed in an inverse manner for entering and leaving the complex. It materialises through the repetition of a series of elements - portals, consisting of smooth white reinforced concrete columns and corten steel blades. The second element, the corten blade gradually rises upwards towards one or the other direction, accompanying the inward or outward movement of the vehicles. A single decorating element, freely adapted from the Persian architectural tradition, enriches both the concrete columns, presenting itself in relief, and the blades of corten, piercing the steel and thus establishing a dialogue with the sky and producing a play of shapes, patterns, shadows and reflections, which amplify the scope of work, thanks to an effective play of light. The door becomes an icon for the cars passing on the coastal road, and new sign of identity for residents of the complex.