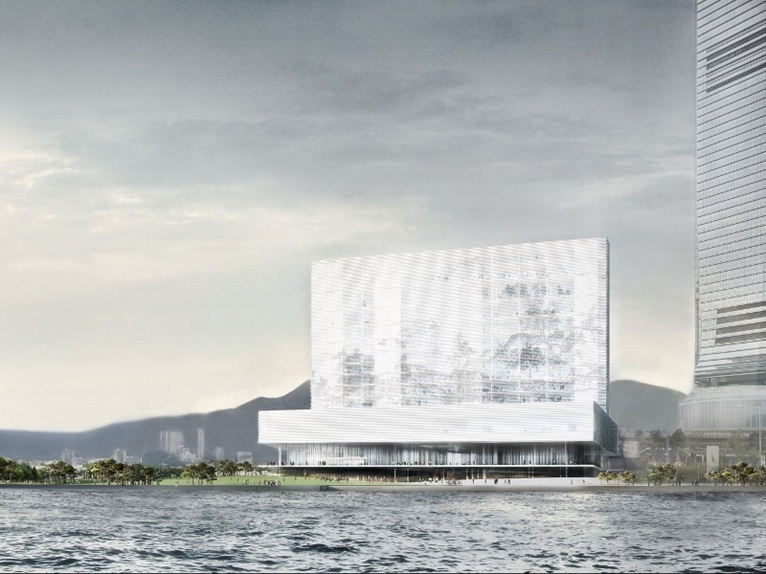 The building will be beside the sea and will be built on an artificial part of the coast, under which the Airport Express Metro line runs, which, as explain the two Swiss architects, has evolved from an awkward design constraint to a valuable creative idea. 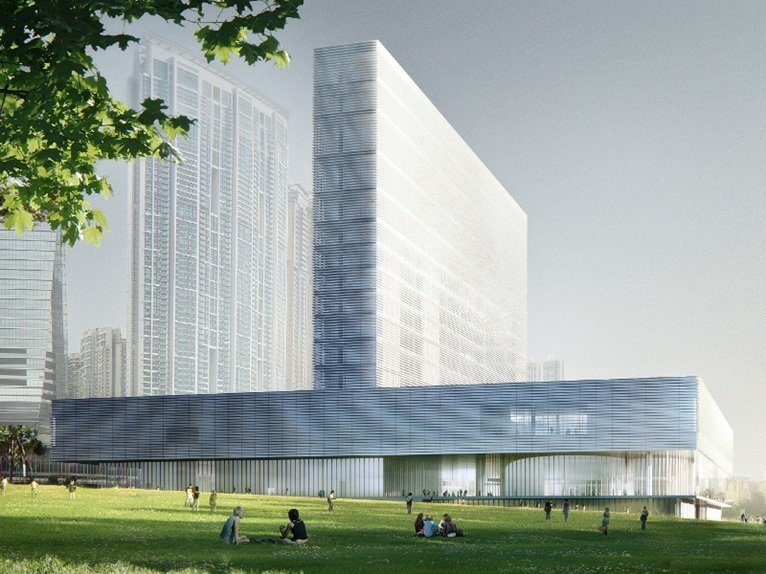 Jacques Herzog says “for art entering the cultural life of the city is something which comes from its very foundations. Our M+ Projects does exactly this, it emerges from underground” and Pierre de Meuron adds “we have transformed the tunnel of the Airport Express line into the raison d'être of a large-scale exhibition space that literally anchors the entire building to the ground. The tunnel was opened, creating a “radical” space for design installations and artistic performances; an innovative space as well as a new challenge for artists and curators.” 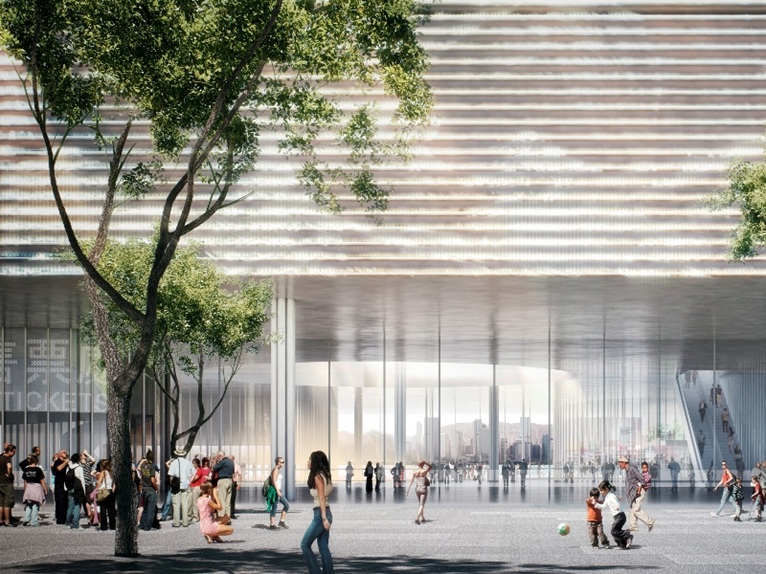 The building consists of two parts, a horizontal platform on which a vertical element rests orthogonally. The horizontal part of the building houses the more conventional exhibition spaces, organized on an orthogonal distribution plan. A central square allows direct access to the whole exhibition area, which includes not only the temporary collections, but also the permanent ones are located within three rooms.