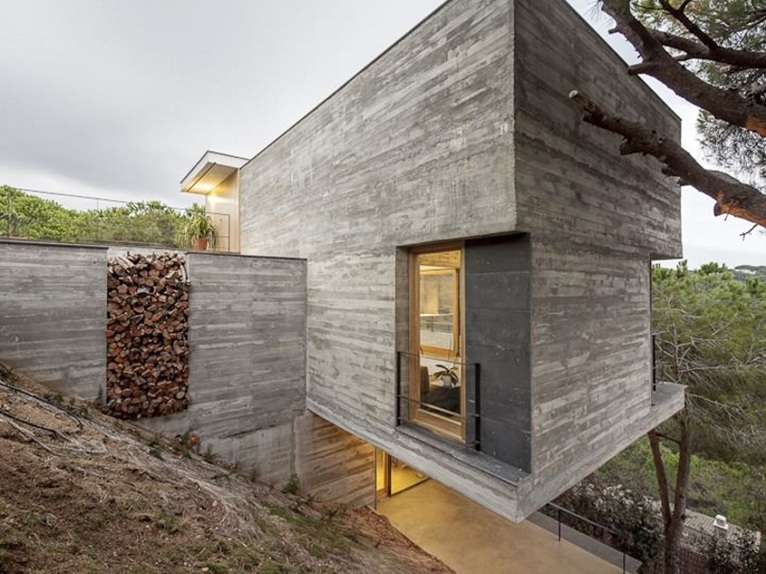 The winning key to the residential project Mediterrani 32 in Sant Pol de Mar, near Barcelona, is undoubtedly its simplicity. Simplicity, which results both in the choice of materials and in the design of the geometries by the Catalan architect Daniel Isern.

The pure volumes that make up the building meet/clash with the steep slope (with a slope close to 100%) on which the house is perched. 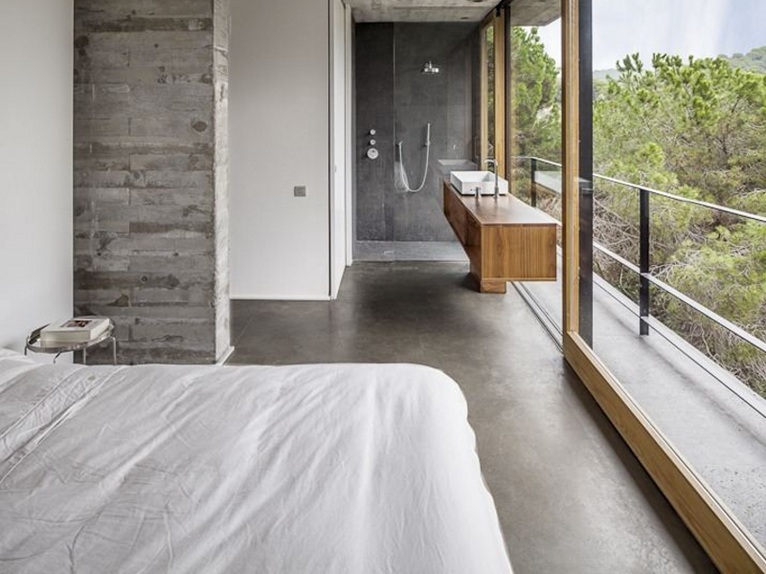 The building is characterized by rough, grey fairfaced concrete walls, which intend to express the desire to create a project that, despite the complicated topographical constraints, leave their trace on the surroundings. 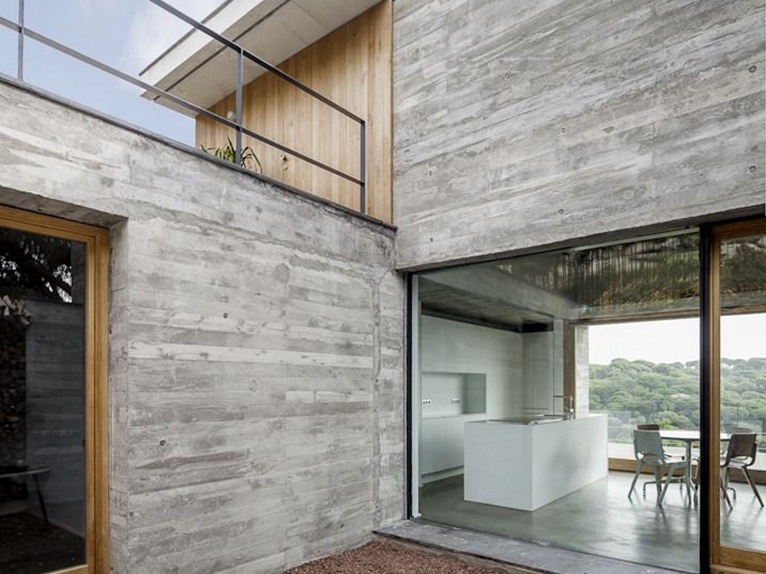 Structural development seeks inherent inspiration in the tree structure of the surrounding plants, being made up of a central block, which acts as a trunk, from which a series of blocks, partially projecting and partially resting on the ground, “branch out”. These elements are composed of large windows and terraces to promote the visual dialogue between interior and exterior, offering stunning views from every corner of the house.