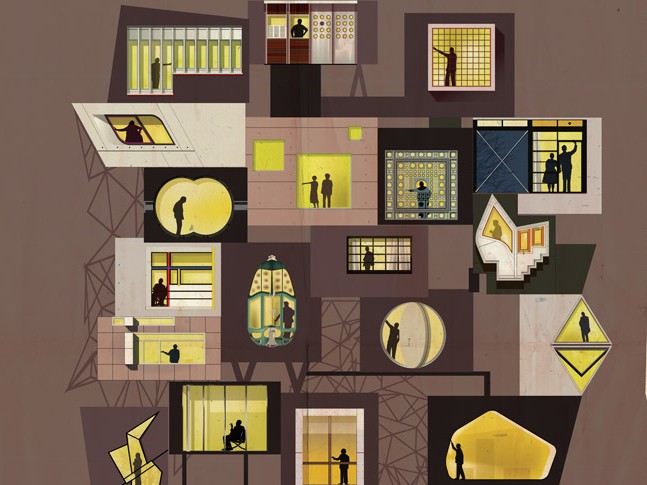 Federico Babina, the illustrator and architect behind the series of popular architectural interpretations including ARCHITALE and ARCHIPLAY, imagined and designed the windows of the greatest architects in his own way in the series Archiwindow.

This series of 25 illustrations is a little reflection about architecture and architects, about projects and people. Louis Kahn, Le Corbusier, Toyo Ito and F.L. Wright are just some of the Masters of Architecture overlooking their personal windows in Babina' series. 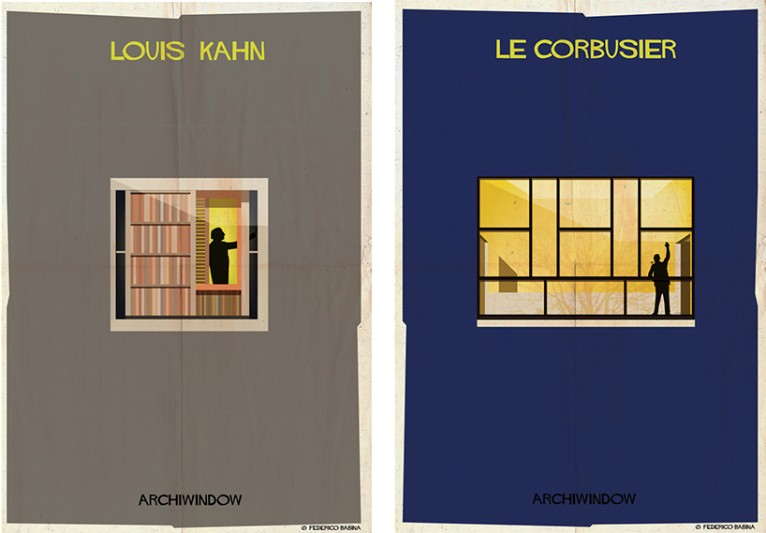 "The windows are the eyes of architecture" - Babina says - "Through the windows enter the light and shadows that create and design spaces. The windows invite to enter the landscape and are the cracks through which to spy on architecture. They are like paintings framing narratives and stories". 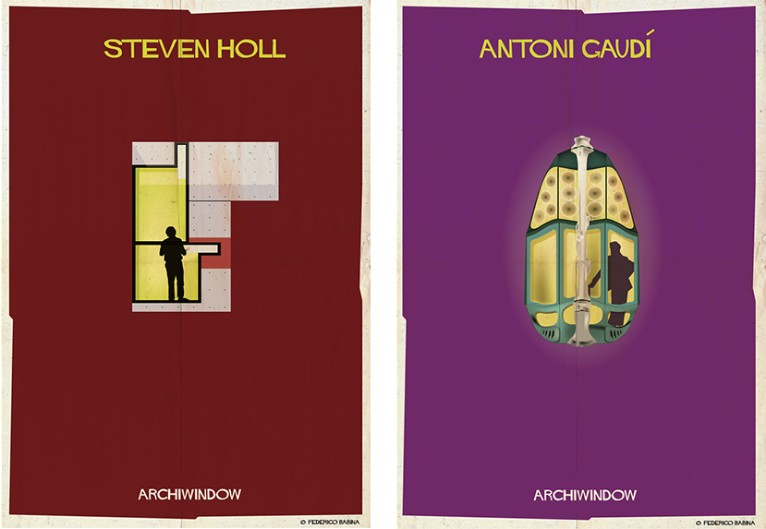 "I wanted to spy as a "voyeur" the architectural life that is hidden behind a window. Observe the architects and their languages as observing from a keyhole.
I tried to transform a detail as the protagonist to emphasize its expressive capacity. A single window can open up a world of information. Allows you to lean out to find clues of the aesthetics stylistic and linguistic of architecture. 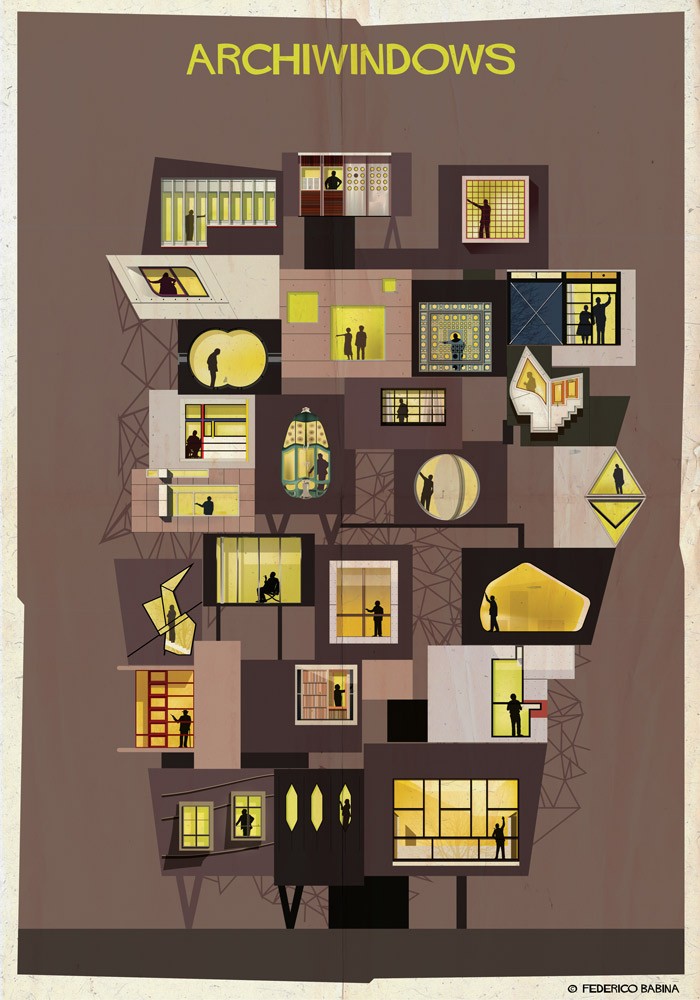 ...I always liked to throw a glimpse behind a window while walking down the street. See details and frames to write the script for stories with fantasy.

I feel like James Stewart spying across the street 25 windows behind which hide and live the architects who created them."

“You can't make an architect. But you can... open the doors and windows toward the light as you see it.” - Frank Lloyd Wright