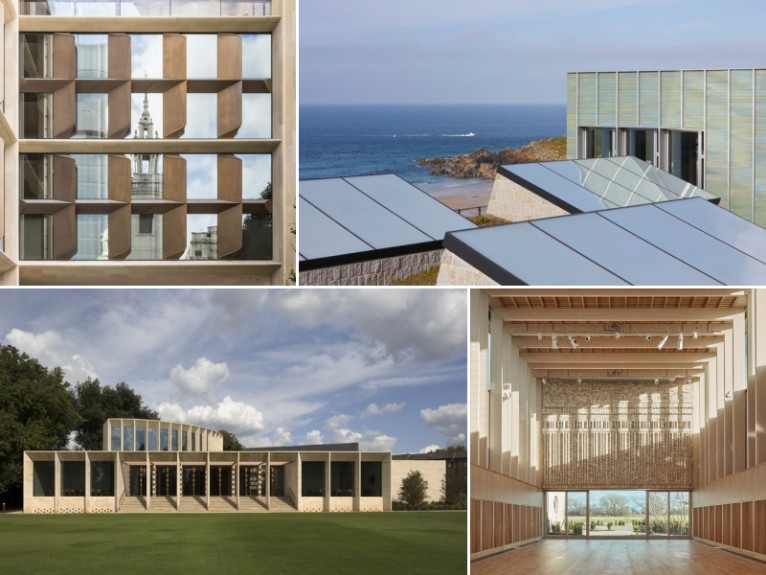 The SHORTLIST for the prestigious 2018 RIBA Stirling Prize for the UK’s best new building has been announced today (19 July 2018).

All six have been expertly and thoughtfully designed to bring joy to the people that use them and represent great and worthy investments made by civic-minded clients. They look out towards the public realm, stimulate their users, and go above and beyond to enhance their surrounding areas.

Below the shortlisted building.

Bloomberg’s new European headquarters thoroughly re-thinks a City workplace and brings the well-being agenda to the fore. Working closely with the client, Foster + Partners have designed a building the looks like it belongs in the City. By reinstating an old Roman Road (Watling Street) and creating a museum and gallery space underneath the office, Bloomberg not only services its employees but improves the area for the general public. 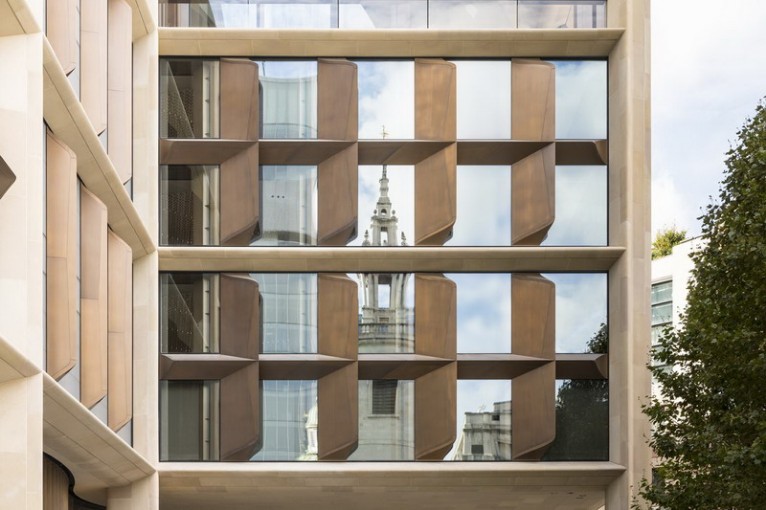 The New Tate St Ives, by Jamie Fobert architects with Evans & Shalev, has made a similar impact: despite its visibly modest exterior, the reconfiguration and extension of the Post-Modern building has had a tremendously positive impact on the local community and its growing international audience. Clad in spectacular faience tiles which reflect the tonal variation of the Atlantic beyond, the extension more than doubles the gallery space and creates a new public walkway directly from the town to the beach. 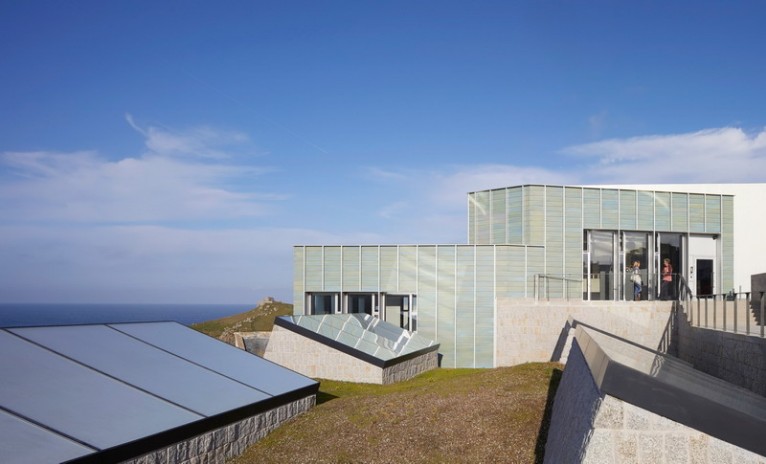 This year we see a rise in the use of masonry and traditional craft, which perhaps signals a movement away from the age of steel and glass in favour of materials which have a natural tactility and gravitas. With a simple form and restricted materials – rammed earth walls, English Oak and rusted steel –  Bushy Cemetery by Waugh Thistleton Architects is another extraordinary community-led building with the spirit, beliefs and customs of the Jewish users at its heart. 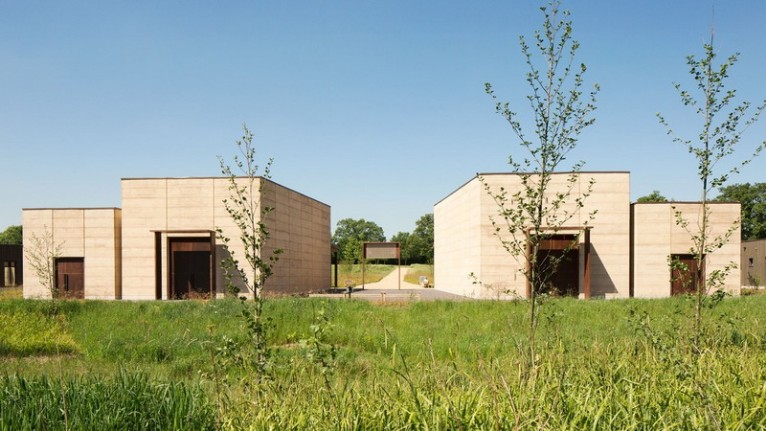 Half of the buildings on the shortlist have also been commissioned by UK universities providing well-designed, quality environments for their communities to live, study and socialise. Chadwick Hall by Henley Halebrown at the University of Roehampton provides much-needed, quality housing for over two hundred students in London in three new buildings surrounding the Grade II-listed Georgian Downshire House. With a cleverly designed articulated concrete façade, many student rooms are fit with wide-opening windows and balconies which look out onto newly-created social spaces. 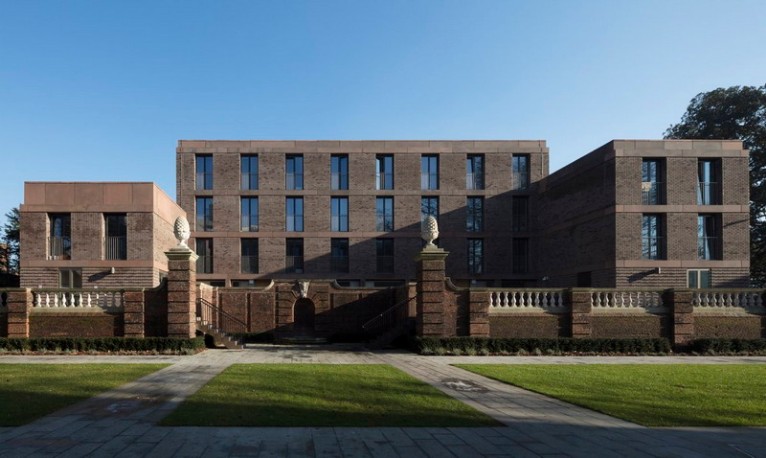 The two buildings funded by Oxbridge clients both seek to reflect the history and permeance of the Universities themselves. 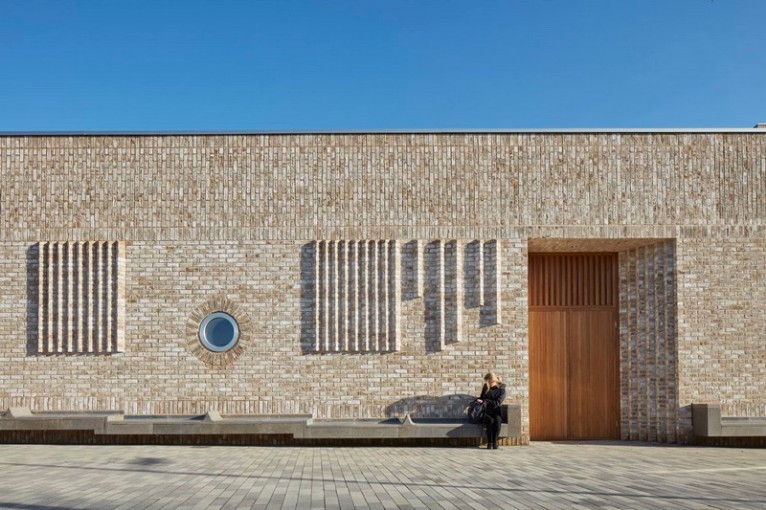 
Created for the growing community of North-West Cambridge, Storey's Field Community Centre and Nursery by MUMA is a outstanding, contemporary nursery and community centre with a sustainability agenda at its core. Its detailed elevations with vertical projections, stepped brickwork entrances, visible steel rainwater pipes and overflow spouts give the building a tactile gravitas and portholes draw the eye into the courtyard inside. Elegantly disguised from afar and monumental up close, The Sultan Nazrin Shah Centre by Niall McLaughlin Architects similarly provides spaces for both academic and community events at Worcester College, Oxford. Raised on a podium and crafted from a classic Oxford stone combined with natural Oak, McLaughlin’s building blends exquisitely into the established College landscape. 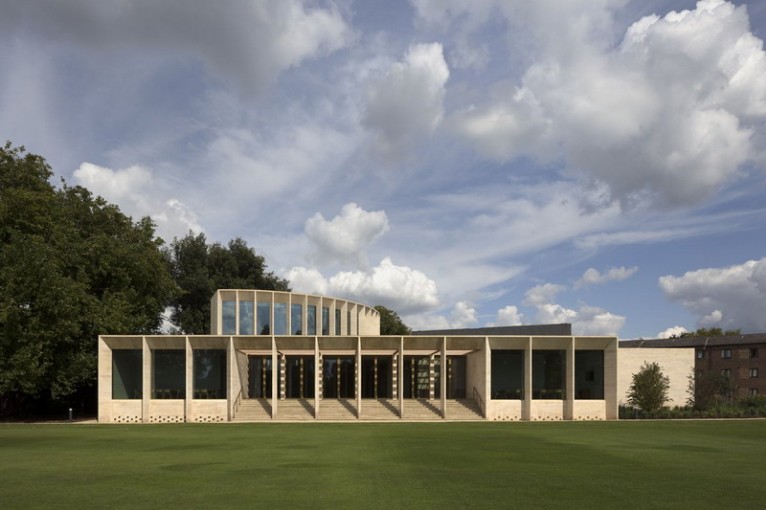 The six shortlisted buildings will now go head-to-head for architecture’s highest accolade which will be announced on Wednesday 10 October.