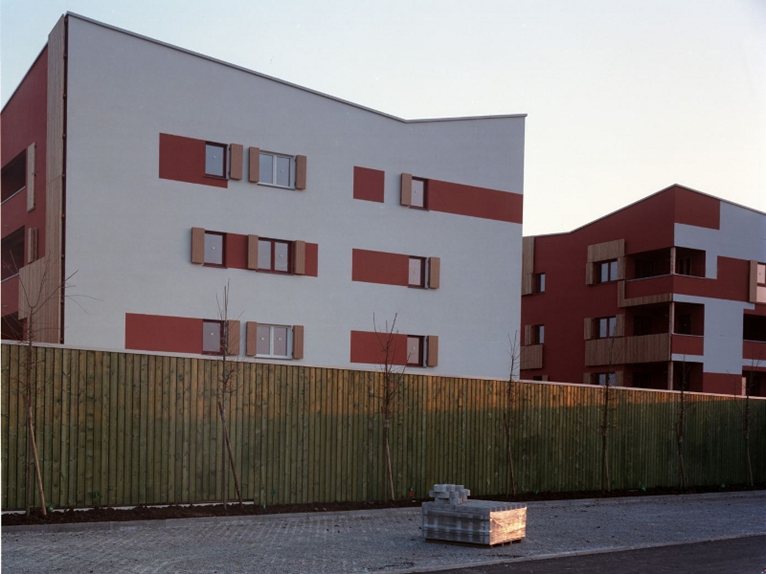 The first building of the integrated project of Social Housing has been recently completed in the San Polo Torre “Tintoretto” district in Brescia, designed by the Genoese office 5+1AA Alfonso Femia Gianluca Peluffo.

The project idea was born from the express desire to create a relationship with the context and the surrounding environment. “In a succession of different levels that make up the relationships with the landscape, the external landscaping, their distribution and succession, is aimed at designing a building that is intended to insert into the landscape and create a dialogue both in a uniform way in the eyes of the observer, and according to perceptual sequences designed to make the visions of the place and its own landscape increasingly different” say the designers.

“A great deal of attention was, therefore, paid to the use of transparencies and sequences of fills and voids, devices capable of perceiving a natural hierarchy of spaces that turn from public to private. The project can be read by browsing the views in succession, going around the environments, coming off the street and going to the parking area to the base of the cellars, to the specialised flooring, to the private gardens, to the park.” 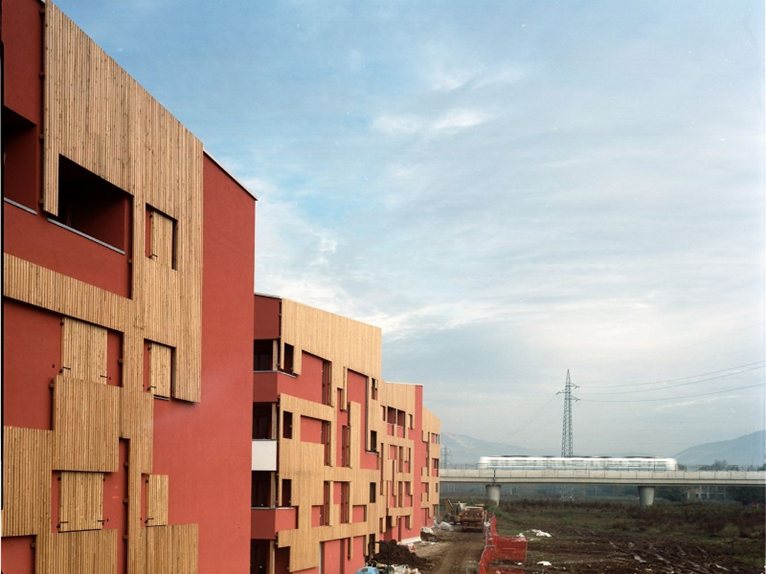 The work takes its character and specificity with a classical division (base, elevation, crowning) and develops the three elements that structure the project as a whole within a uniform design: the basement-cellars, the elevation-buildings, the covering crowning-profile.

The relationship with the road is created by five openings: two mixed-use, both pedestrian and accessible to vehicles and three dedicated solely to pedestrians positioned centrally to the boundary
line and two lateral ones.

The design theme of contact with nature and the environment surrounding the plot is also found in the design of the façades: each element making up the system is designed according to native materials and colours of the surrounding landscape. The red-purple plaster of the façades, a nuance of the earth, is combined with laminated wood elements that make up a play of movements aimed at creating a pattern on all sides of the buildings. 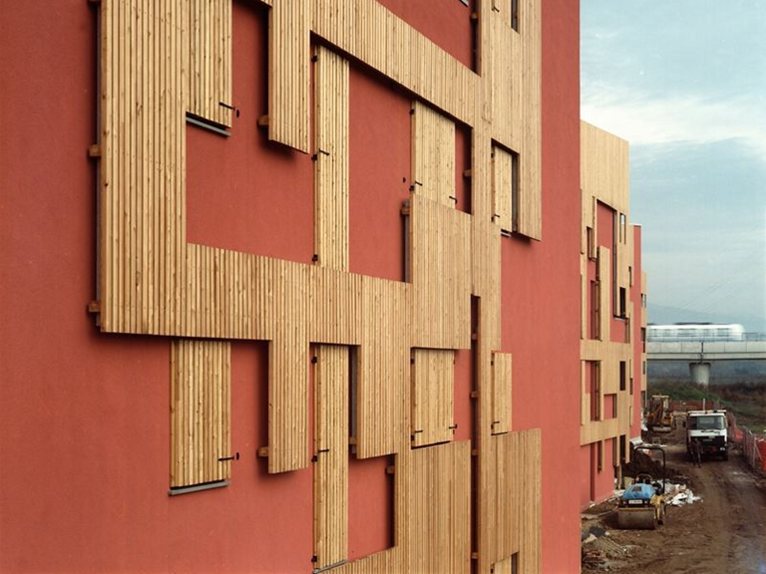 The wood applied to the façade through the light and shade projected on the building gives intensity to a volume that would otherwise be flat.

The end of the four volumes has been changed by using the background marked by Monte Maddalena behind the building, and in this way by looking at the façades in succession, the sloping roofs create the new building/background relationship: a broken movement, a range of different heights.

The use of wood, as a device of comfort and energy, makes each apartment and its relationship to the outside different. It characterises the four different buildings in a different way, thus eliminating the indifference of repetitiveness. Each resident will identify themselves with their apartment, with their new place to live.”