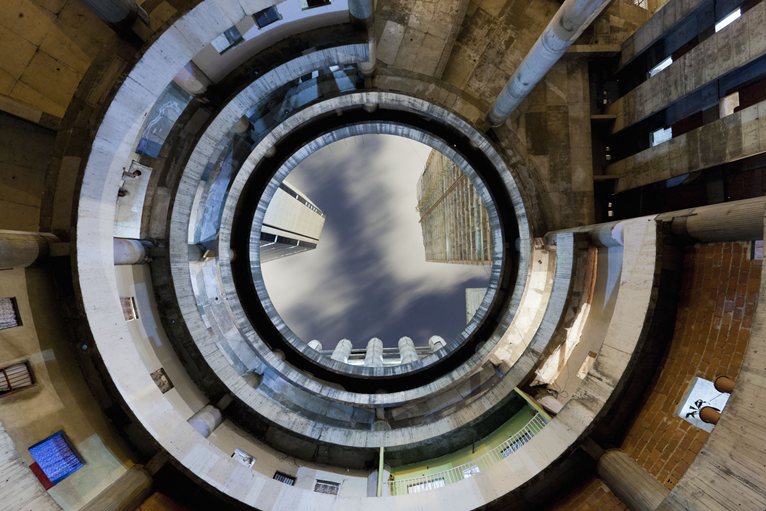 Baan’s work exists at a critical juncture between architectural photography and sociocultural inquiry at a time when urbanization is a driving force behind human evolution.

The Way We Live features captivating large-scale images of urban, architectural, and home environments that capture Baan’s singular vision.  Baan’s artistic practice examines how we live and interact with architecture, focusing on the human element, which brings buildings, intersections, and public gathering places to life.  Baan’s images examine the choices we make through construction and building, whether it be sectioning off tracts of impoverished urban sprawl with massive traffic interchanges, reintegrating purposeful gathering areas into large-scale public buildings, or living in housing that stretches the boundaries of how a community functions.  Taken as a whole, his artwork examines each subject in depth, capturing a site’s essence through a spectrum of images ranging from sweeping aerial overviews to intimate one-on-one moments. 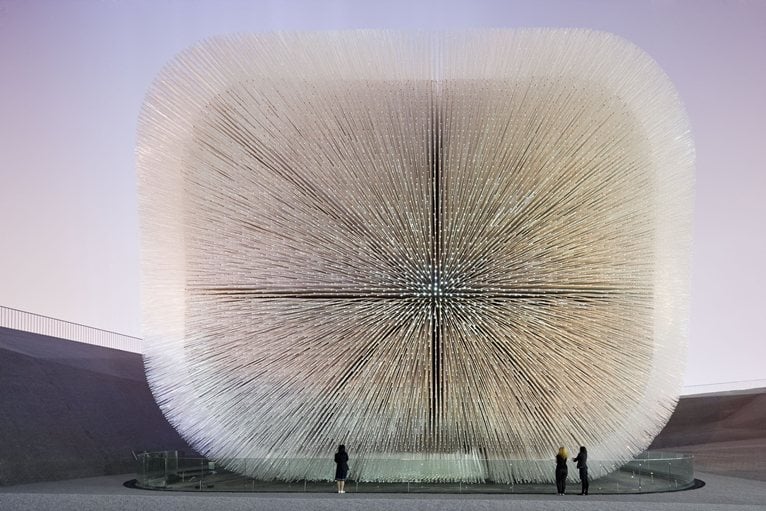 For The Way We Live, Perry Rubenstein’s East Gallery will feature a selection of large-scale images spanning the last eight years.  The exhibition offers a balanced overview of Baan’s work, represented by images from more than a dozen of his most dynamic projects. Among the artist’s earliest projects, Tokyo #1 (2006) was created to celebrate the opening of Toyo Ito’s groundbreaking Mikimoto Ginza 2 building in Tokyo, Japan.  A contemplative figure in traditional dress peers out from one of the slick building’s boulder-shaped corner windows, perfectly capturing the city’s complex interplay of high-technology and ancient tradition.

Zaha Hadid’s Guangzhou Opera House exists at the intersection of old and new China, where massive futuristic buildings are still built largely by hand.  Baan’s image of opera patrons on the inaugural evening, gazing out from seats hovering against a luminous gold interior, calls into question how these ambitious expressions of China’s growth link back to the world outside. 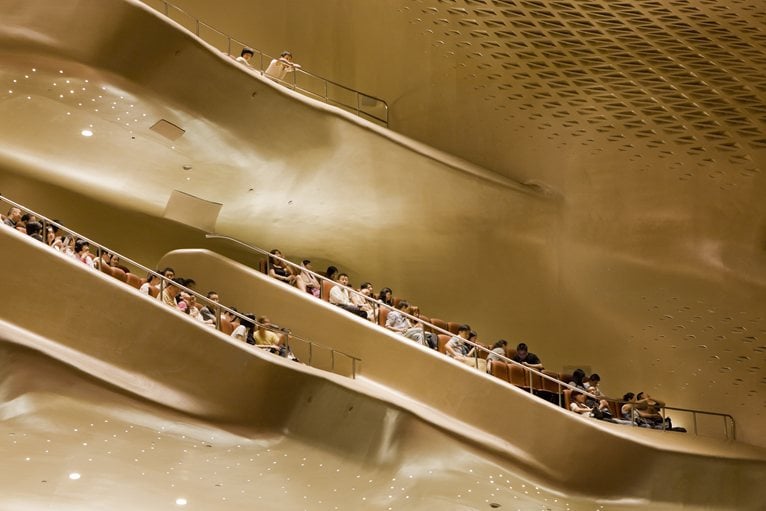 The West Gallery will feature an in-depth presentation centered around Baan’s Golden Lion Award-winning project on the Torre David / Gran Horizonte in Caracas, Venezuela.  When a forty-five-story office skyscraper project stalled in 1993 due to lack of funds, locals began moving into the building.  Through its slow conversion into a highly organized and successfully self-governed communal living space, the Torre David became a testament to the ingenuity of the neighborhood’s residents.  Images such as Torre David #2 (2011), an upward-looking shot of the building’s oculus with homemade window coverings marking different tenants’ living quarters, depict how residents crafted unique personal living spaces out of a partially constructed concrete shell.

Perry Rubenstein comments, “Iwan Baan’s practice effortlessly conjoins photography and architecture, simultaneously exploring the iconic power of structures and habitats and the humanity and fragility of life within them. His voice is singular and undeniable.”

Until recently, Baan was best known for his images of major building projects by such renowned architecture firms as Office for Metropolitan Architecture (O.M.A.) / Rem Koolhaas, Herzog & De Meuron Architekten, Sanaa, Steven Holl, Morphosis, Zaha Hadid, Toyo Ito, Diller Scofidio + Renfro, among others.  More recently, he has gained prominence through his award-winning photographs of the Torre David and an iconic aerial image he took of lower Manhattan without electricity after Hurricane Sandy devastated the city.  The image became widely known following its publication on the cover of New York Magazine’s November 12 issue titled, The City and the Storm, which is also the title of the photograph.  Baan has created an artwork based on this powerful image, which will be on view during The Way We Live. 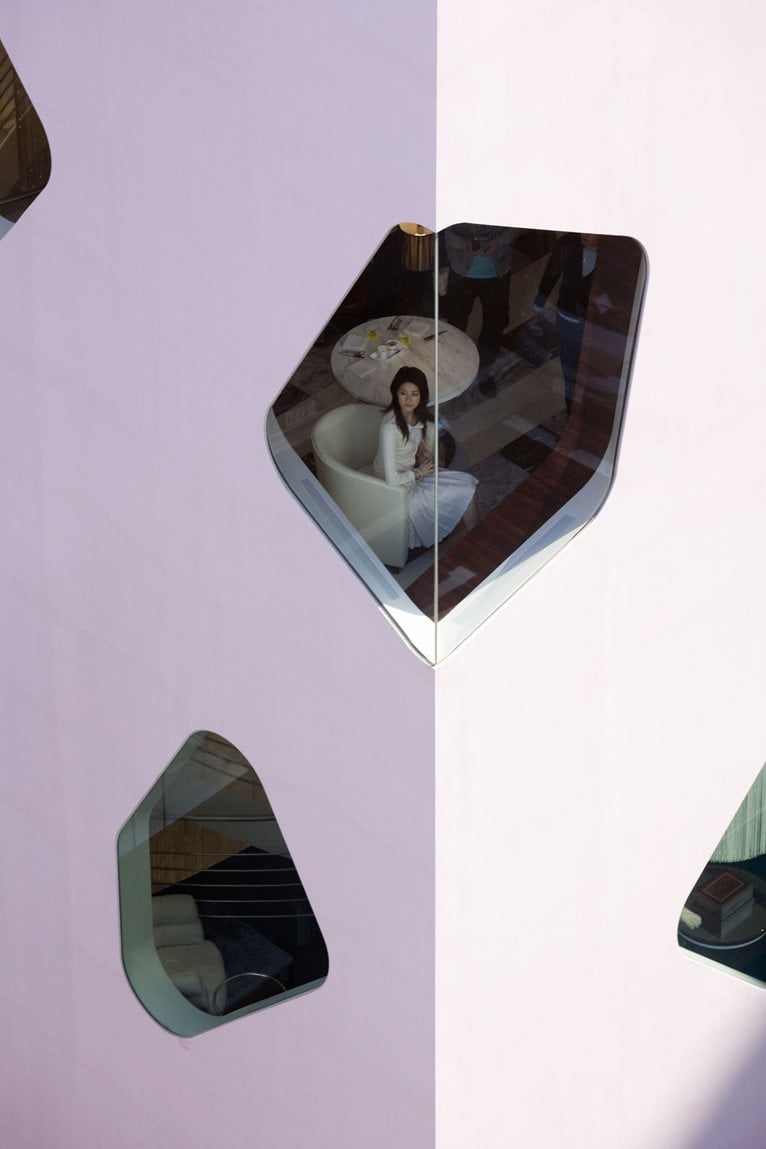 Iwan Baan’s work was recently included in the Museum of Modern Art’s exhibition, Small Scale, Big Change: New Architectures of Social Engagement, and in the Carnegie Museum of Art’s, White Cube, Green Maze: New Art Landscapes.  The artist’s work has regularly appeared in major publications such as the New York Times, New York Magazine,Domus, Abitare, Architectural Record, and the New Yorker, among others.  In 2011, he was named one of the most influential people in the contemporary architecture world by Il Magazin dell’Architettura.  On the occasion of Julius Shulman’s 100th Birthday, Baan was honored as the inaugural recipient of the prestigious Julius Shulman Institute Photography Award.  In 2012, Baan, along with Urban-Think Tank (Alfredo Brillembourg, Hubert Klumpner) and Justin McGuirk, won the Golden Lion for the Best Project at the International Architecture Biennale in Venice for the project Torre David, that was exhibited at Corderie, Arsenale. 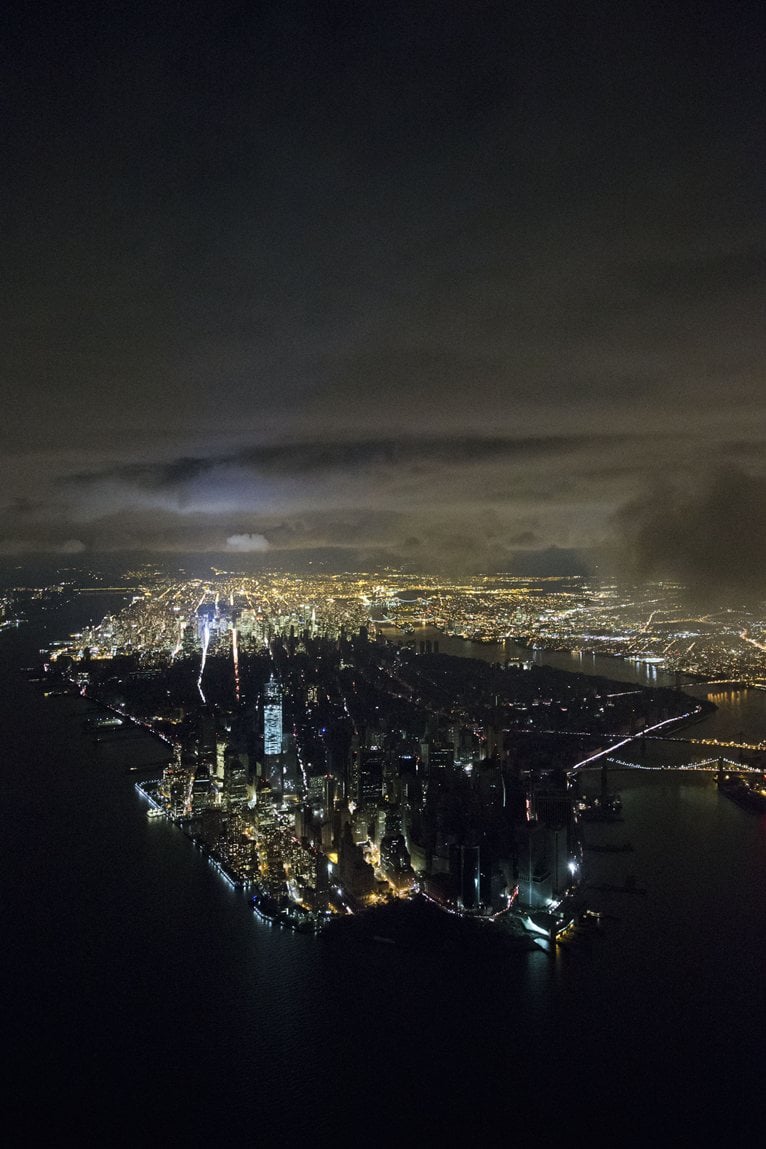 The City and the Storm, 2012 Image courtesy of the artist and Perry Rubenstein Gallery, Los Angeles © Iwan Baan