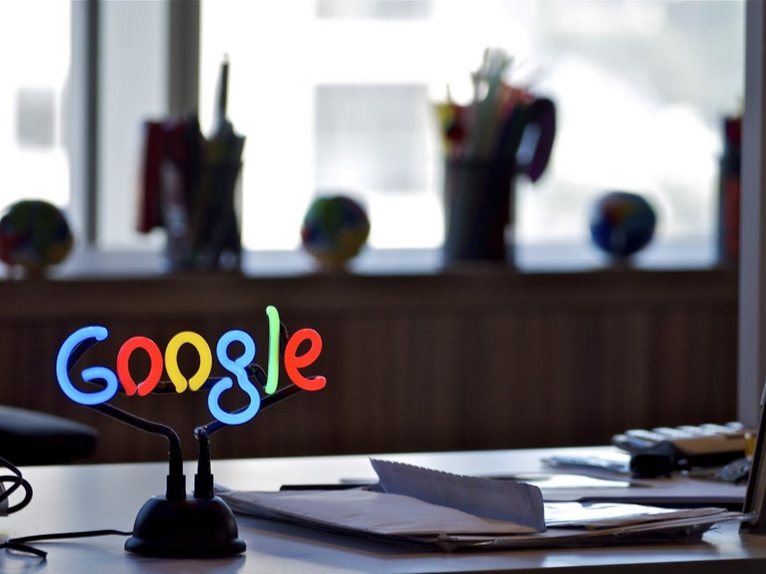 Late last year, Google added the New Google Tel Aviv Office in Israel to its list of whimsical offices. The office occupies 8,000 square meters on the 7th and 8th floor of the Electra Tower, the tallest skyscraper in the city, offering a unique view of Tel Aviv. The project confirms the now well-established association with the architects of Camenzind Evolution, in collaboration with the Israeli design team TeamSetter Architects and interior designer Yaron Tal. 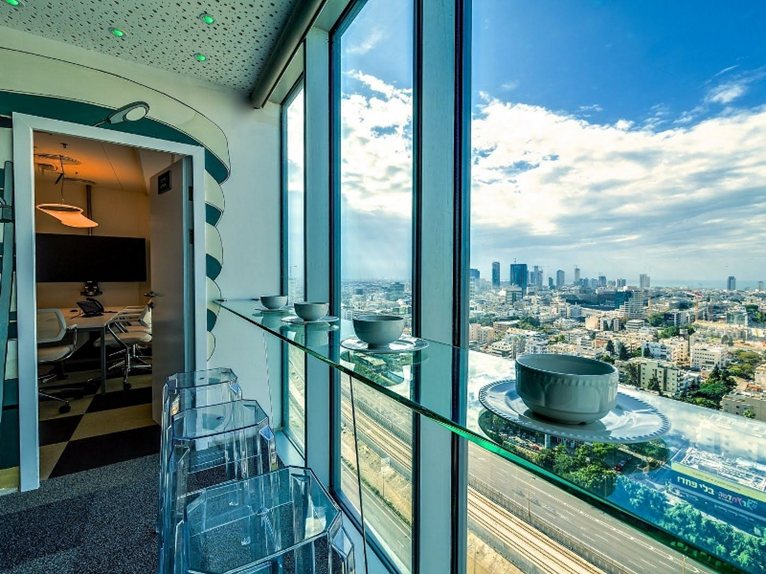 In common with the other Google headquarters, there is a blend of the circulation spaces, common rooms and individual workstations, with “extra” features such as restaurants, a gym and several relaxation areas. In the same spirit of one of the first historical offices in Zurich, the Swiss architects have designed the spaces while considering “relaxation essential to innovation and to stimulate original thinking. Work and play are not mutually exclusive”. 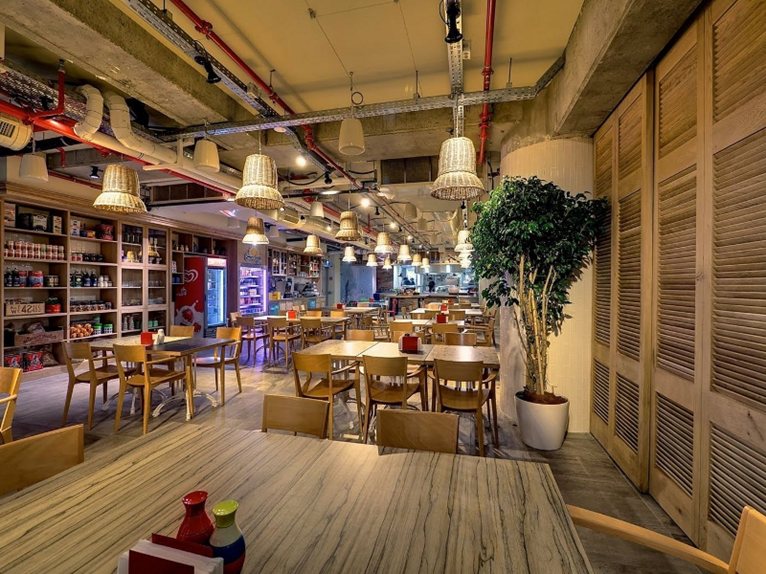 A series of informal work spaces that encourage communication and teamwork. The most curious spaces of the new headquarters are characterized by meeting areas with orange trees, workstations set on the beach, with surfboards and sun loungers, and slide made of piping that connects the two levels. 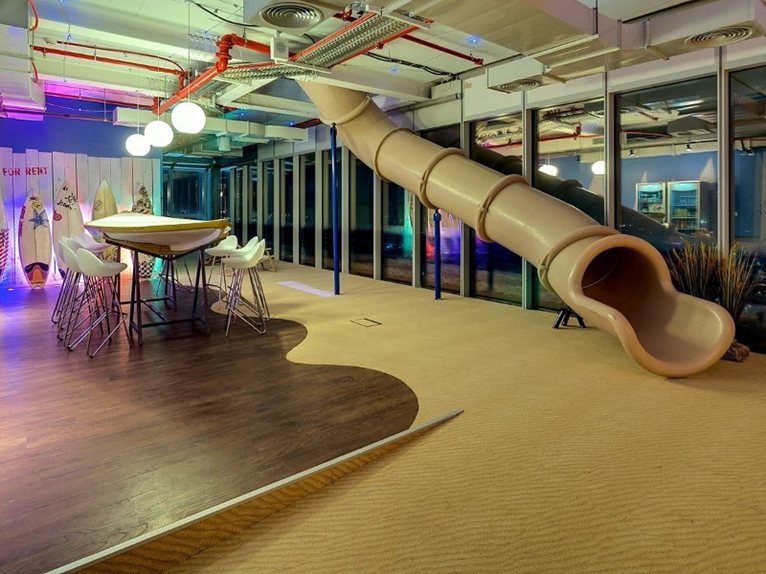 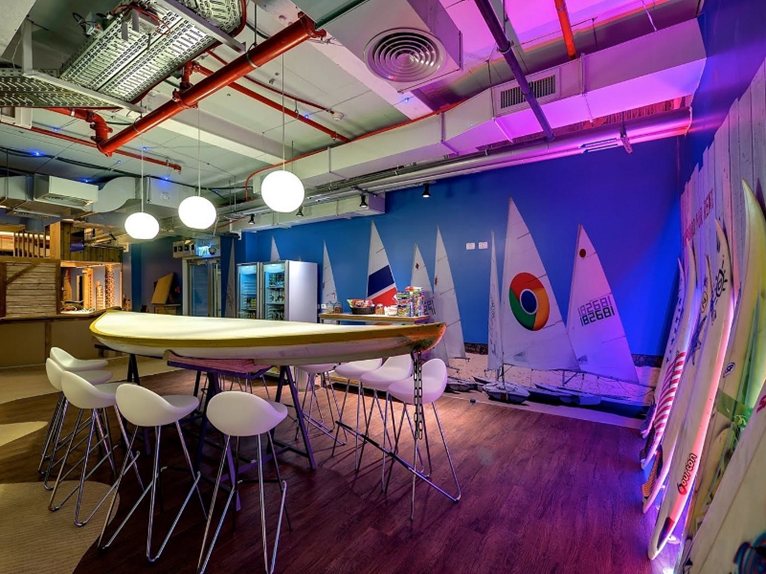 The project research goes further, looking for elements that contaminate spaces and symbolically express the local identity characterizing the different environments. The themes were selected by a group of Googlers, who thus provided an essential contribution in the interpretation and elaboration of the project. This research results in narrow corridors with cobblestones, reminiscent of the historic centre of the city, while the use of corrugated strips of wood in the lobby, remind of the landscape of the port of Tel Aviv, designed by Mayslits Kassif Architects. 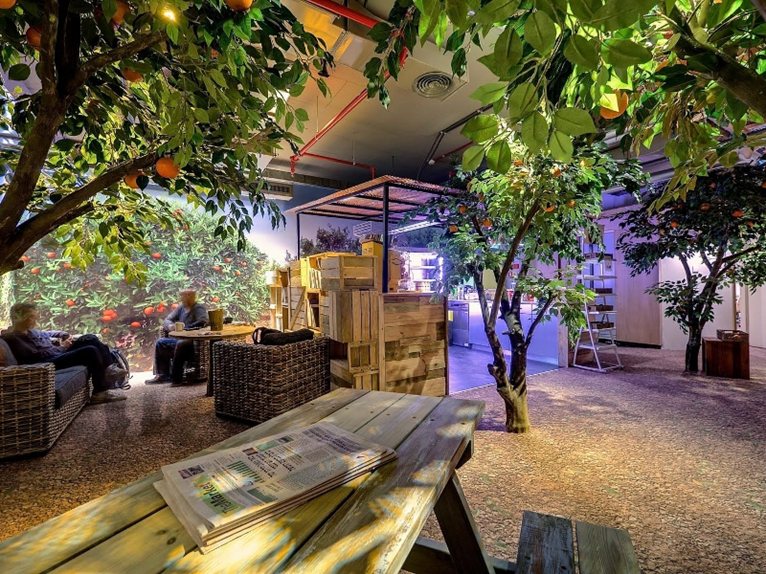 The research not only includes the interior design and formal aspects, but can also be found in the design of the three restaurants which propose different menus according to the Kashrut, the dietary laws of the Jewish religion.

The project has been designed with a strong focus on sustainability, and is currently awaiting 'Platinum' LEED certification, which is the first category in the field of energy saving in Israel. 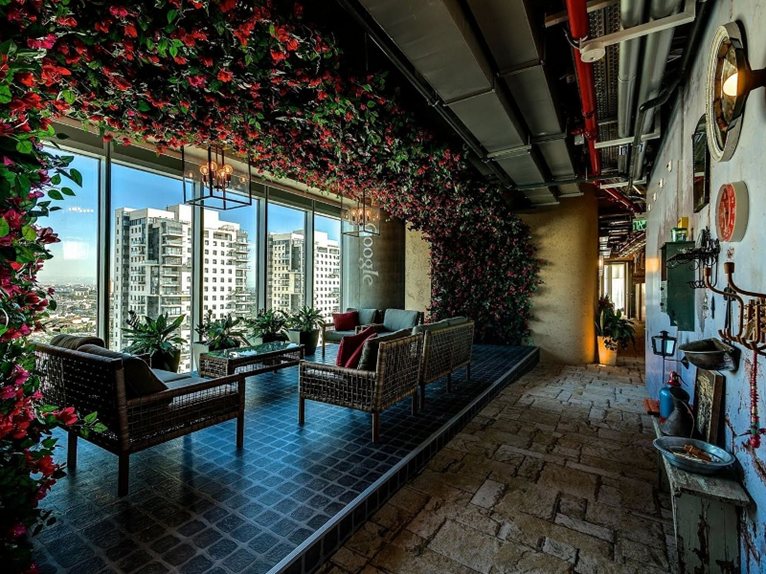 In addition to the two floors occupied by the offices, the company also sponsors the new Google Campus Tel Aviv, which opened last December, which has been confirmed as the second development and growth centre for innovative projects and start-up companies. 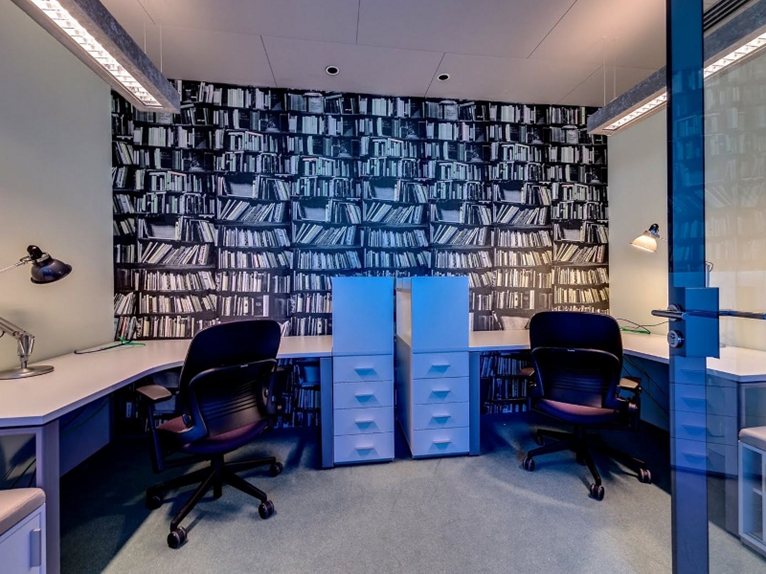 The first Google Campus, designed by Jump Studios was opened less than a year ago, in London. The UK office organized the spaces by adding containers that can accommodate workstations for individual work, the kitchen and meeting rooms. The use of raw materials and recovery emphasizes the industrial character of the building.